Beyoncé as her alter ego Sasha Fierce holding motorbike fairings with a ram painted on it as well as mounted on top of it. The ram is often interpreted as a symbol of Baphomet.

Researchers Professor Griff and C.Craige Lewis believe that the transformation from Beyoncé to Sasha Fierce is actually a demonic possession.

The above ‘flyer’ advertises the 2016 Hillsong Colour Conference (on the left). Note that the 2 women mirror reflects the “Baphomet” imagery which is quite pronounced, when you study this, The image on the right is a standard Baphomet goat’s head that’s recognised by most as the symbol for Satan. 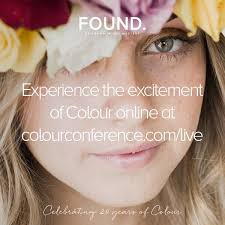 The one eye Illuminati salute! “I usually don’t expect to see a near-naked cowboy gyrating from the stage of a Christian women’s conference,” Amy Spreeman of Berean Research wrote. “Nor would I see and hear thousands of Christian females applauding and squealing in delight, and spurring on the performance. Indeed if I were of the world, I’d expect these sights and sounds to come from a giant bachelorette party at a strip club.”

The footage shows members of the church performing to the song “New York, New York,” with people dressed in costumes like the Statue to Liberty, firemen, and Broadway dancers. One was apparently portraying New York’s well-known street performer, the Naked Cowboy, as he was dressed in nothing more than a cowboy hat and underwear, and he was holding a guitar. He also had a flag flung over his shoulder.

At a point during the performance, he goes to the front of the crowd, egging them to cheer louder. Some people online identified him as Hillsong NYC youth leader and former model Diego Simila.

Part of the description of Hillsong’s Colour Conference reads: “Our desire is that worship, creativity and the presentation of God’s Word (the Bible) will honor the King of heaven and cause faith to rise, enabling the enormous potential within to become reality.”

The Pirate Christian blog says that Hillsong continues to surprise people by their “complete and utter disregard for how scripture instructs Christians to conduct their lives in this present evil age.” The article points out the previous events that the church had had, such as their “sleazy” Silent Night, then Austin Powers’ appearance at a women’s conference in London. They said that they fear what the church’s next conference would feature.