As reported by various outlets, Fuego volcano erupted on Sunday with catastrophic results, burying people in their homes as the lava suddenly changed course, with many children among the dead.

The most violent eruption the country has seen in more than four decades saw the summit spew a five-mile stream of molten lava that poured down the streets.

A massive cloud of black smoke rained down for miles, reaching the capital Guatemala City, 25 miles away.

Officials have reported charred bodies of the victims in the streets, as they attended to the victims and raced to evacuate the towns.

The Ring of Fire

Volcán de Fuego is part of the Ring of Fire, a massive horseshoe-shaped area in the Pacific basin.

The ring is formed of a string of 452 volcanoes and sites of seismic activity (earthquakes), which encircle the Pacific Ocean.

Roughly 90 percent of all earthquakes occur along the Ring of Fire, and 75 percent of the world’s active volcanoes are dotted along the expansive ring. 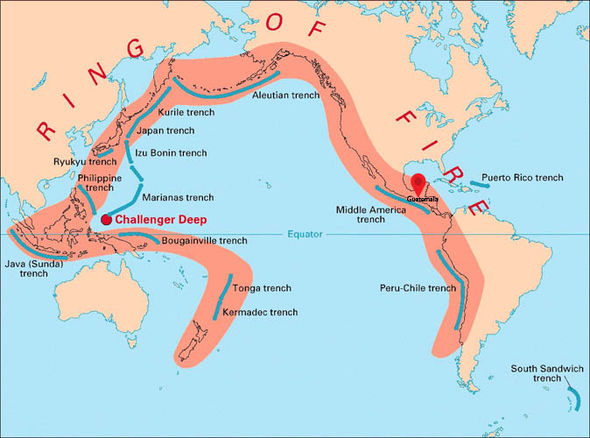 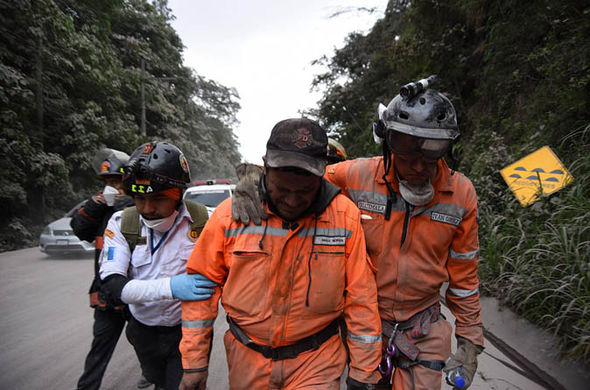 A volunteer firefighter is overcome by the horrific scenes

Fuego is well-known for its state of near-constant activity, with low-level gas and ash eruptions occurring every 15 to 20 minutes.

However, the volcano saw a more serious eruption occur this year on February 1, before it took this latest deadly turn.

Volcán de Fuego is located on the borders of three ofGuatemala’s ‘departments’ – Chimaltenango, Escuintia and Sacatepequez.

Officials have reported that the dead were so far all concentrated in three towns: El Rodeo, Alotenango and San Miguel los Lotes.