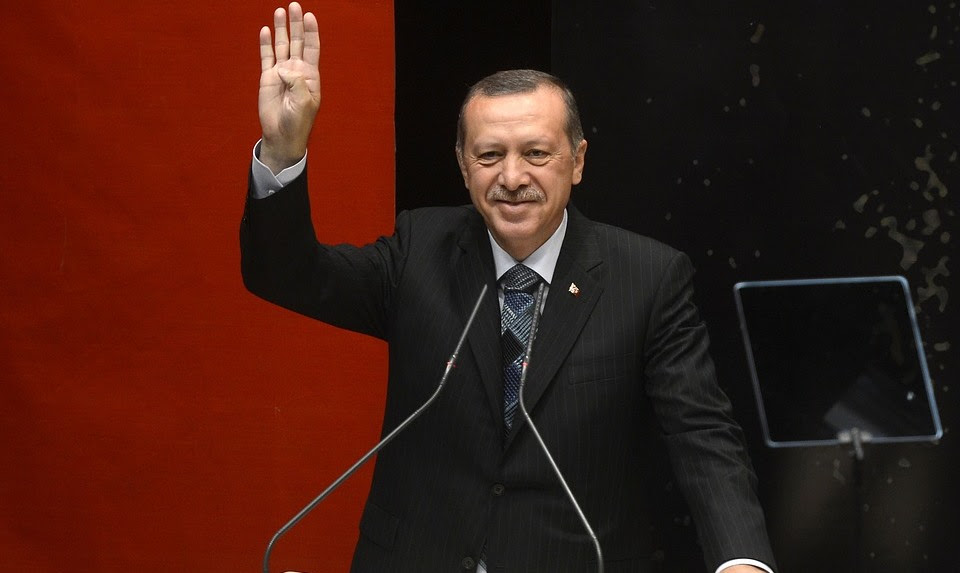 Historically, the Sauds have competed against the Turkish Government for leadership of the world’s Muslims. Gradually, the Sauds came to ally themselves first with the British Empire, and then with the rising American Empire, which two Empires merged into one right after World War II.

Turkey was the head of the Ottoman Empire — that was actually the Turkish empire — and Turkey became defeated in World War I by the British side, including the leader of the Saud family. As a result of the epoch-making September 17th agreement about Idlib, Turkey, which for nearly a hundred years was an important ally of America, no longer is a US ally, but is vacillating between alliance with Russia, versus alliance with the US

Some historical background is helpful for understanding where we’re coming from, and where we are heading to, here:

In 1811, the fundamentalist-Sunni Wahhabis of Arabia, led by the Saud family, revolted against the non-fundamentalist Sunni Ottoman Turks, and were crushed by the Ottomans.

In 1830, “The Great Game” started, in which the British Empire unsuccessfully tried to colonize Afghanistan next door to the world’s most natural-resources-rich land, Russia, but Britain gave up in defeat in 1895, and therefore Afghanistan remained neutral.

As British historian Martin Ewans wrote in his 2002 Afghanistan: A Short History (p. 12), “Although never colonized, Afghanistan is part of the colonial history of Tzarist Russia and British India, with a strategic importance that in 1884 brought the two empires to the brink of war.” Ewens indicated (p. 66) that Russia’s opposition to Britain’s colonizing Afghanistan was based upon Russians’ fear that Britain would use the fundamentalist-Sunni Afghans as proxy boots-on-the-ground to spread into and take over parts of Russia.

John David Blom’s March 2009 “The Decline of Anglo-Saudi Relations” noted (p. 7) that, “The major areas of British imperialism in the Middle East during the nineteenth century were the Ottoman and Persian Empires, the Trucial states along the Persian Gulf, Aden, Oman, and Egypt. The Ottoman and Persian Empire provided a buffer against Russian expansion south.” Furthermore, Blom observed (p. 11) that after the Saud family came to recognize that in order for them to dominate against the Ottoman Turks for control over the Islamic world, “The Anglo-Saudi Treaty of 1915 recognized Ibn Saud’s position as ruler of Najd, El Hassa, Qatif and Jubail. It guaranteed British protection of these regions in exchange for control of Ibn Saud’s foreign policy.” Of course, the defeat of Turkey was the real focus of that, otherwise called Treaty of Darin. But the decline of Anglo-Saudi relations was merely the opposite end of the rise of US-Saudi relations. After WW I, this British alliance with the Sauds was effectively taken over on 23 May 1933 by Standard Oil of California (a Rockefeller oil company, now called Chevron) when the existing oil-discoveries in Saudi Arabia failed to excite British and European investors sufficiently. Three years later, Texaco joined SoCal. Then, in 1938, these American drillers made the first big oil-strike in Saudi Arabia. In 1943, the company became renamed Arabian American Oil Company (ARAMCO), and the previous British Empire now effectively became the American Empire. The alliance between the Saud family and the US aristocracy has remained solid ever since.

Further contributing to the Sauds’ increasing reliance upon the US aristocracy instead of upon the British aristocracy, has been this: In The West at the end of the 1800s, the British Empire adopted the British mining-magnate Cecil Rhodes’s plan for their Empire to become joined with the soaring new American Empire, which combination during World War I won against the then-soaring German Empire (and against its allied Japanese and Italian Empires) and then won against Germany yet again in WW II, this time because Russia and its Soviet allies basically conquered the Germans in the east. The US, emerging then essentially unscarred from WW II which had devastated all of America’s allies in that war, became, more clearly than ever, the Saud family’s winning horse, to carry them closer to final victory.

In the 1915 Treaty of Darin, between the United Kingdom and Abdul-Aziz al-Saud (sometimes called Ibn Saud, who then led only part of what subsequently became the larger Saudi Arabia) both parties agreed that Saud would join UK’s war to conquer (Ottoman-led) Turkey; and that, in return, the British Empire (UK) would protect and defend the Saud family’s imposed rule, anywhere that it might become challenged.

Turkey’s Government was thus conquered, and then it ended its moderate-Islamist Ottoman Empire, after Turkey’s participation on Germany’s side in WW I produced General Ataturk’s creation of the secular Turkish state in 1923, and the end of the Turkish Caliphate the following year. Ataturk created a Turkey whose laws were almost completely independent of the Quran.

However, after the success of the US-Saudi war against Russia in 1979 by means of spreading Wahhabist and other fundamentalist-Sunni mosques and especially funding and creating mujahideen, Taliban, Al Qaeda, and ultimately ISIS fighters, all against Russia and against Russia’s ally Iran — that is, against the two countries which the Sauds and America’s aristocracy are the most determined to conquer — the Islamist Tayyip Erdogan in 2003 rose finally to power in Turkey, so as to support that US-Saudi cause, against Russia, and against Iran.

Turkey, of course, is on Syria’s northern border. The accession to power of an Islamist leader of Turkey constituted a disastrous turn against the adjoining Syria, which country now was almost completely surrounded by hostile governments (controlled by fundamentalist Sunnis, except Israel, which is controlled by fundamentalist Jews). Erdogan was very much America’s leader of Turkey.

However, the US aristocracy wanted Fethullah Gülen, who was even more dependent upon the US, to take over Turkey. So, on 15 July 2016, a US-NATO-backed coup-attempt to replace Erdogan by Gulen occurred and failed. It failed because Russia’s Putin informed Erdogan in time to save Erdogan’s life. This did not, however, turn Turkey immediately and 100% against America’s aristocracy, but it certainly did start that. This is the reason why Russia’s Astana Peace Process to settle and end the war in Syria includes Russia, Iran, and Turkey — and not US, Saudi Arabia, or any other outright enemies of Russia and of Iran.

America’s CIA has actually been trying ever since 1949 to place the Middle East’s only committedly anti-sectarian, pro-secular, nation, Syria, under the control of the fundamentalist-Sunni Saud family, who own Saudi Arabia and cooperate with US oil companies.