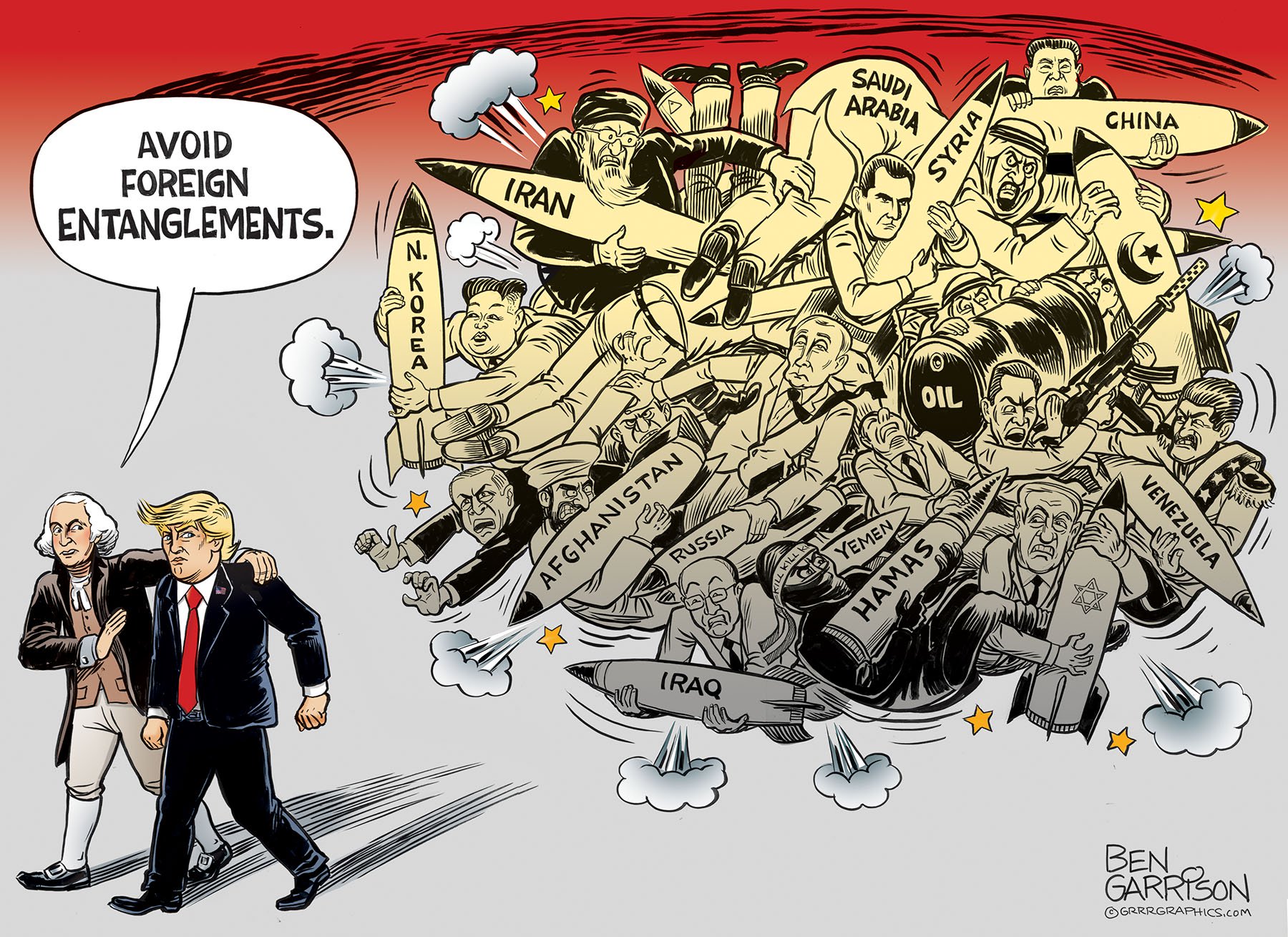 Since the Federal Reserve took control in 1913, we’ve had way too many entanglements and war. The United States became the world’s policeman and by doing so we often ended up making things worse. Ron Paul called it ‘blowback.’ World War II may not have been necessary if President Wilson had kept us out of World War I as promised, but the central bankers wanted war.

Now that the globalist bankers and Deep State are threatened by our long-overdue push back, they will distract America with false flags, division, entanglements, and war. It’s my fervent hope that President Trump can avoid war—any war. We don’t need a war with Iran. We don’t need to go to war in Venezuela or anywhere else in the world. We should let those countries solve their own problems. We have enough problems at home.

We know both Pompeo and Bolton are war hawks. They are probably recommending war to Trump at every turn. Only they’re probably calling it ‘action,’ ‘engagement’ or an ‘operation.’

So far, Trump is resisting such counsel. Maybe he wants them around—such men have use as a fear tactic. I hope Trump is using them for psychological reasons because more war is the last thing our country needs due to the resulting blowback.