BISHKEK — Iranian President Hassan Rohani has told a summit of the Shanghai Cooperation Organization (SCO) in Bishkek that U.S. actions pose a “serious” threat to regional and global stability.

“The U.S. government over the last two years, violating all the international structures and rules and using its economic, financial and military resources, has taken an aggressive approach and presents a serious risk to stability in the region and the world,” Rohani said.

Rohani made the remarks on June 14, a day after U.S. Secretary of State Mike Pompeo blamed Iran for attacks on a Japanese and a Norwegian commercial oil tanker in the Gulf of Oman that were being escorted by the U.S. Navy.

The U.S. military also has released video showing what it said was a crew from an Islamic Revolutionary Guards Corps (IRGC) patrol boat removing what appeared to be an unexploded mine from the side of one of the ships after the attack. 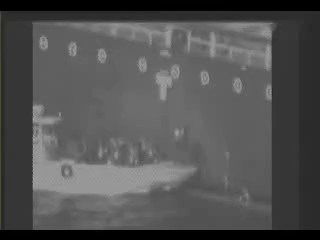 Just in: Pentagon video of what it says is an Iranian boat removing an unexploded mine from one of the attacked oil tankers in the Gulf of Oman.

Iran denied any connection with the attacks.

Iran’s Foreign Ministry spokesman Abbas Mousavi on June 14 called the allegations “alarming,” saying that “accusing Iran for such a suspicious and unfortunate incident is the simplest and the most convenient way for Pompeo and other U.S. officials.”

On June 13 at the UN, U.S. acting Ambassador Jonathan Cohen called on the Security Council to confront the “clear threat” posed by Tehran in the region.

In his remarks at the SCO summit in Bishkek, Rohani did not mention the June 13 attacks in the Gulf of Oman. But he told leaders from SCO countries that U.S. President Donald Trump’s administration was responsible for a “plague of unilateralism” that is challenging the international community more than ever.

Referring to Trump’s decision to withdraw the United States from Iran’s nuclear deal with world powers, Rohani said Iran continues to honor the accord.

“Iran asks the remaining participants in the nuclear deal to immediately honor their commitments,” Rohani said.

Meanwhile, Chinese state media quoted President Xi Jinping as telling Rohani on the sidelines of the summit that Beijing would promote a steady development of relations with Iran no matter how the international situation changed.

China and Iran have close energy ties, and Beijing has been angered by U.S. threats against countries and companies that violate U.S. sanctions by importing Iranian oil.

Leaders from Afghanistan, Belarus, Iran, and Mongolia were attending the June 14 gathering as observers.

Russian presidential aide Yury Ushakov has said the summit would focus on expanding cooperation within the SCO on security, fighting terrorism and drug trafficking, economic development, industry, and humanitarian cooperation.

Russian President Vladimir Putin told the gathering on June 14 that he thinks there is a “good chance” of pairing the Eurasian Economic Union with China’s so-called Belt and Road infrastructure initiative and “establishing a broad Eurasian partnership” for “open, equal, and creative cooperation in the region.”

SCO leaders also were expected to discuss the current situation in Afghanistan.

Putin was expected later on June 14 to take part in a trilateral meeting with Xi and Mongolian President Khaltmaagiin Battulga on the sidelines of the summit.

On June 13, after Kyrgyz President Sooronbai Jeenbekov met with China’s president, the Kyrgyz leader said that the internment of ethnic Kyrgyz and other mostly Muslim indigenous people in China’s northwestern region of Xinjiang was an “internal matter” for China.​

After the summit in Bishkek concludes, Putin, Xi, Central Asian leaders, and senior officials from dozens of other countries will convene on June 15 in neighboring Tajikistan’s capital, Dushanbe, for the Conference on Interaction and Confidence Building Measures in Asia (CICA).

With reporting by Reuters, AP, MIR and TASS