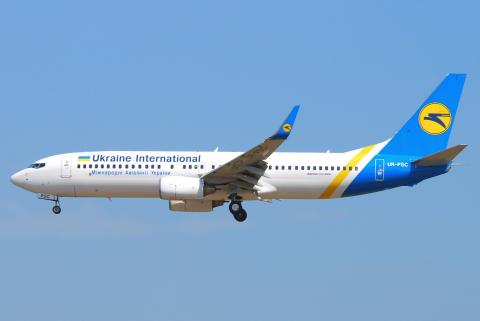 More than 140 passengers were Iranian nationals, according to Iranian officials, suggesting that many possessed dual citizenship.

A Ukrainian airplane carrying 176 passengers crashed minutes after taking off early Wednesday from Iran’s Imam Khomeini International Airport, killing all passengers as well as the crew.

What caused the crash?

1. Was it just a tragic accident? Not likely, given all the controversy with illegal arms deals with Iran from Ukraine, this is just too much of a coincidence to swallow.

2. Did the Iranians shoot the plane down? Not likely, given the fact that the best and brightest were running the military show in Iran given the tensions in the region.

3. Did the Russians shoot the plane down? This is the most likely scenario. I would like to know what arms dealers and/or Ukrainian investigators who are currently investigating arms deals with Iran, onboard.

What was specultation on my part, has turned into support from several sources. However, this crisis between Iran and the United States

BREAKING: Iran says it will not hand black box of crashed plane over to Boeing

Here is the analysis of the taking down of this plane which benefited key Democrats, Putin and the recipient of WMD’s, the government of Iran.

Who was on that plane and why won’t they release the black box to Boeing?

Further, my investigation in Democratic Party criminality in Ukraine arms deals, revealed the the Ukrainian President, at the request of Trump was indeed investigating the links between state sponsored programs which supplied arms to Iran and the Sudan and the money was laundered into Latvia through Seneca LLC, a shell corporation run by Hunter Biden and colleagues.

At this point, we do not know if there were any investigators/arms deals onboard the fateful flight.

But if there were, it would explain a lot.