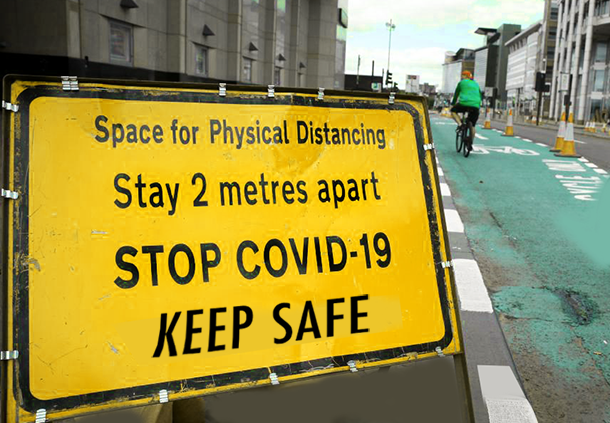 While other countries and societies are getting back to life as normal, in Britain, the social distancing folly continues. For whatever reason, UK government officials seem desperate to cling to the crisis, and impose new restrictions every week which are only really effective at one thing: hampering business and trade.

Prime Minister Boris Johnson remains confused on the issue, and for some reason can’t seem to fully let go of the sacred “two metre rule”.

It’s become a farce of historic proportions. As a general rule, the government has resisted any demands by businesses to reduce the government’s arbitrary limit from 2 metres to 1 metre. This would have greatly helped businesses to avoid expensive health and safety compliance and reopen this summer.

While the government and its science team dither back and forth, the economy continues to crater, and unemployment is spiralling.

Meanwhile, scientists from the vaunted committee of experts known as ‘SAGE’ (Scientific Advisory Group for Emergencies), are busy issuing warnings to ministers that the public will need to wear masks and also ‘minimise their time together’ if they sit closer than 2 metres apart.

It’s already well-known by now according to real data and the experience of European countries – that the virus was seasonal and has already ‘left the building,’ and that the only demographic who were ever at any serious risk were elderly persons with chronic comorbidities, and more specifically, those residing in care homes.

Why are UK government officials still resisting relaxing social distancing measures? Has this become some sort of elaborate political face-saving exercise now, or is there a larger social engineering agenda in motion? 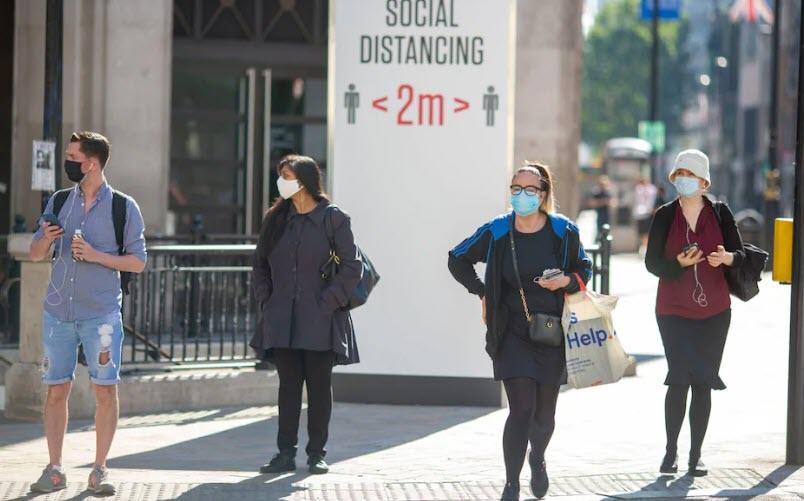 The two-metre rule has no basis in science, leading scientists have said as the Government comes under increasing pressure to drop the measure.

Writing for The Telegraph, Professors Carl Heneghan and Tom Jefferson, from the University of Oxford, said there is little evidence to support the restriction and called for an end to the “formalised rules”.

The University of Dundee also said there was no indication that distancing at two metres is safer than one metre.

The intervention comes as two Government ministers suggested on Monday that the rule is likely to be relaxed following a review commissioned by Boris Johnson, the Prime Minister.

On Tuesday, shops experienced daily footfall drops of 41 percent compared to the same day last year, while enormous queues built up outside because of social distancing requirements.

Examining the current evidence for the two-metre rule, Prof Heneghan and Prof Jefferson looked at 172 studies cited in a recent review in The Lancet and found just five had dealt explicitly with coronavirus infection in relation to distance. Only one mentioned coming within six feet of a patient, and that paper showed proximity had no impact.

“Queueing outside shops, dodging each other once inside, and not getting too close to other people anywhere: social-distancing has become the norm,” they wrote.

“The two-metre rule, however, is also seriously impacting schools, pubs, restaurants and our ability to go about our daily lives.

“Much of the evidence in this current outbreak informing policy is poor quality. Encouragement and hand-washing are what we need, not formalised rules.”

A University of Dundee study suggested that 78 per cent of the risk of infection happens below one metre and there is just an 11 per cent chance of any increased distance making a difference.

Dr Mike Lonergan, a senior statistician and epidemiologist  who reviewed 25 papers compiled for the World Health Organisation (WHO) said:

Continue this story at The Telegraph…

The hope remains that more real science and sober analysis will continue emerging which can hopefully influence the government to return to reality, and put the incredible COVID lockdown debacle behind it.