Scandinavia and northern Europe is developing a reputation as a hotbed of “mandatory mask” denierism.

But is it truly a dangerous affront to science and survival, as American social media companies like Facebook – which earlier today purged QAnon-linked accounts from its platform – want us all to believe?

One by one, scientists in Denmark, the Netherlands, Finland and Sweden have raised doubts about the effectiveness of asking citizens to wear masks in every public venue, with many arguing that asking people to wear masks at all hardly makes sense in places where the rate of spread is low. However, over the past few weeks, many have acknowledged that masks may be beneficial in certain circumstances, and policies that focus specifically on these (such as mandatory use on public transit) might be more beneficial. 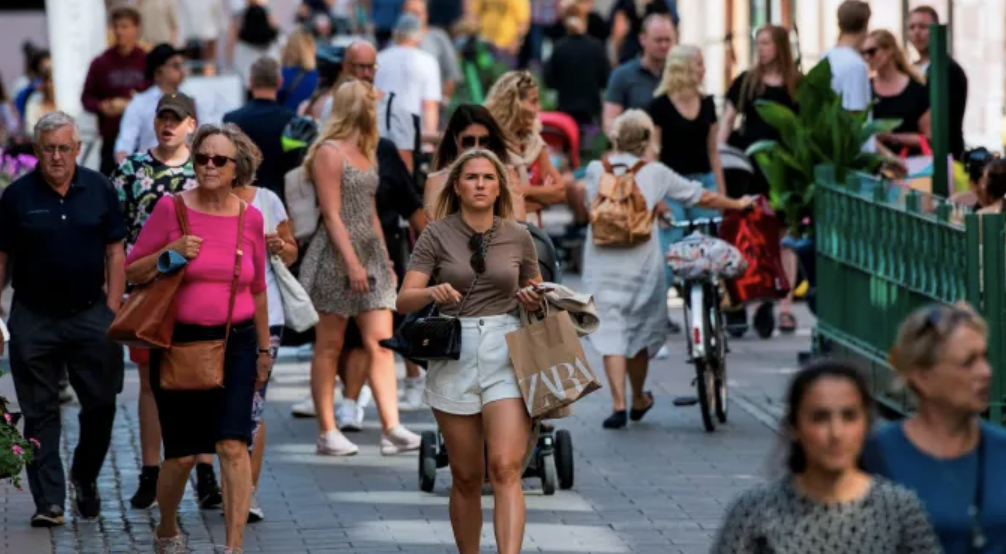 As debate is mostly stifled in the US, Sweden’s top epidemiologist and architect of the country’s no-lockdown COVID-19 strategy, Anders Tegnell, is speaking up about Sweden’s decision to stand by its mask policy, which, like most of Sweden’s COVID-19 response, is surprisingly lax.

Speaking once again to the FT , Tegnell explained his doubts, his hopes and even areas where he suspects masks may be effective.

But his final conclusion is that the “science” that American liberals are always boasting about simply isn’t as concrete as the Washington Post, New York Times and others make it out to be.

“It is very dangerous to believe face masks would change the game when it comes to Covid-19,” Tegnell told the FT. He also shared some evidence to suggest that his neighbors were caving to political whims, and perhaps pressure from Brussels, by widening mask mandates.

Soren Riis Paludan, a viral infections expert from Aarhus University, said research had suggested that at Denmark’s current infection rate 100,000 people would have to wear face masks properly for a week to avoid one infection. “If there’s very little virus in the community, the effect is limited. But if you’re in the middle of a hotspot, then everything says that they can have an effect. In Denmark, we have compromised and said face masks may be another tool in the toolbox,” Prof Paludan said. Another reason for Swedish reluctance, according to experts, is high trust in the authorities. “When the Swedish health agency says there’s no reason to wear face masks, people don’t wear face masks,” said Prof Ludvigsson. “In other countries, where there’s less trust and they don’t recommend wearing masks, people might do it anyway.”

The odds of infection in the initial scenario above are staggeringly low, and yet, viral memes shared on Instagram and Facebook for the past few months have posed scenarios where neglecting to wear a mask could practically guarantee that more than a dozen random strangers could be accidentally infected. This is extremely unlikely.

Most evidence supporting mask involves retrospective analysis of hundreds of studies and data sets used to study other things. The truth is, we truly don’t know how effective wearing a surgical mask might be to stop an infected individual from spreading it to another person (which is why they’re worn in surgery).

Nordic experts also point to a lack of hard evidence over the effectiveness of face masks. Many countries as well as the World Health Organization have changed their advice on wearing masks as studies have appeared to point to a link between their use and lower infection rates. But some Nordic experts are still sceptical. Mr Ludvigsson noted that in a meta-analysis by the WHO of 29 studies that showed face masks were effective, only three concerned their use outside hospitals and of those that did not none involved Covid-19. Still, he said his personal position had changed and he now believed they should recommend their use on public transport in Sweden but for a set period. “It would increase compliance if people know it’s only for three months,” he added.

Though Tegnell says he is keeping an open mind.

But to start with having face masks and then think you can crowd your buses or your shopping malls – that’s definitely a mistake,” he said, adding that countries such as Belgium and Spain with widespread mask use still had rising infection rates. Sweden’s public health agency said on Tuesday that it was working on proposals for the government in the next few weeks and could open up for face mask use in specific circumstances such as visits to hospitals or dentists. Sweden is not the only European country skeptical about face masks. In the Netherlands, they must be worn on public transport and at airports but are not mandatory elsewhere.

Our only question is, how much longer will Tegnell be allowed to peddle his view without rousing the anger, and retribution, of Big Tech?