UPDATED 5:12 PM EDT (For Subscribers) WITH 5-g MAP  — It appears the rumors surrounding the new “5G” cellular system , that they can be turned into actual deadly weapons simply by turning the power way up, may be true.

Yesterday, I was given a heads-up by some of my former colleagues within the Intel Community, to pay very close attention to weather radar in Mexico, just outside of Mexico City.  It was an extremely ODD thing for them to tell me.   I did as they suggested.

Late last night, I quickly understood why I was told to watch:  It APPEARS, the 5G cellular system outside of Mexico City, was tested at full power.

The effect was so ferocious, it actually appeared on Weather Radar.   ALL . . . weather radar!

Below are still images of weather radar from at least two different radar sources. 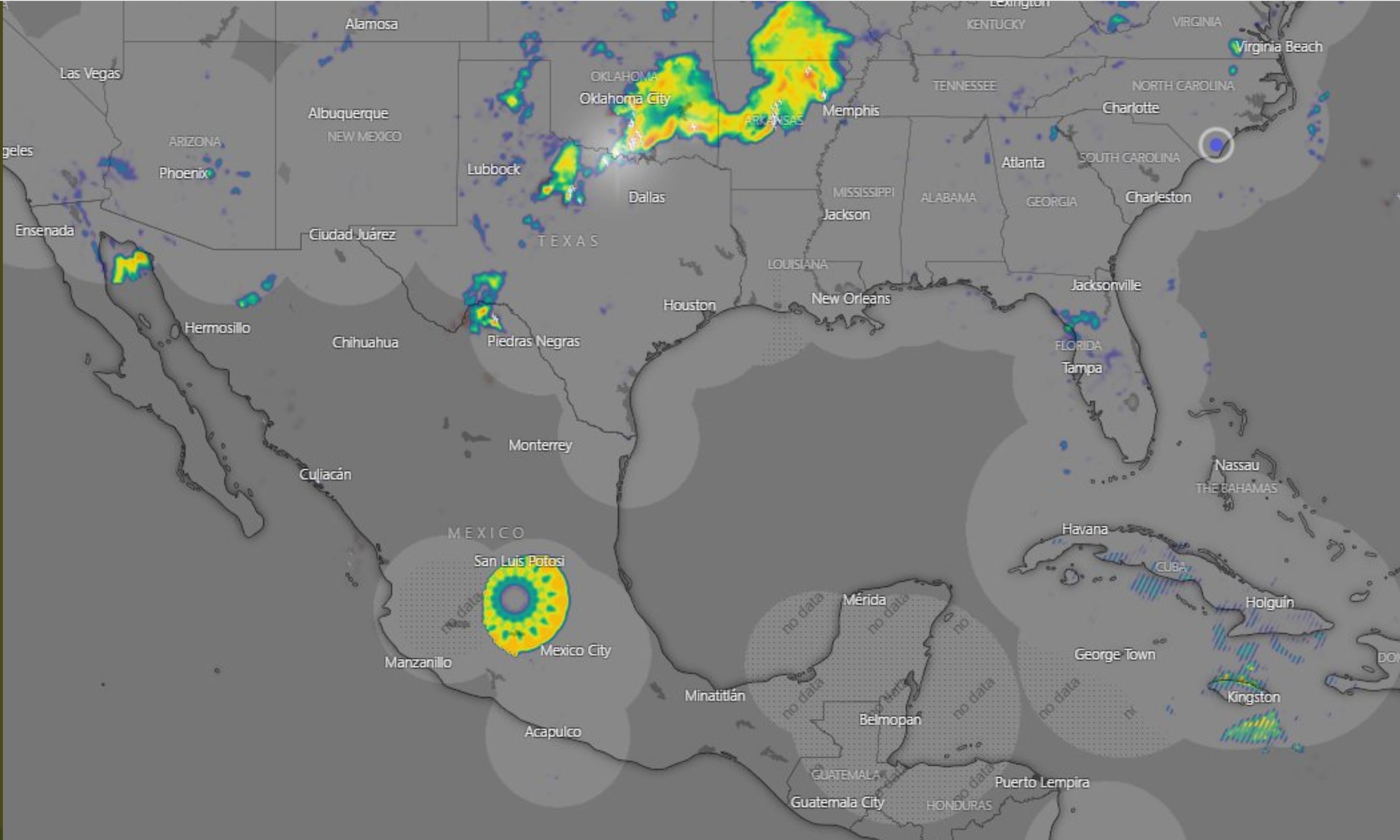 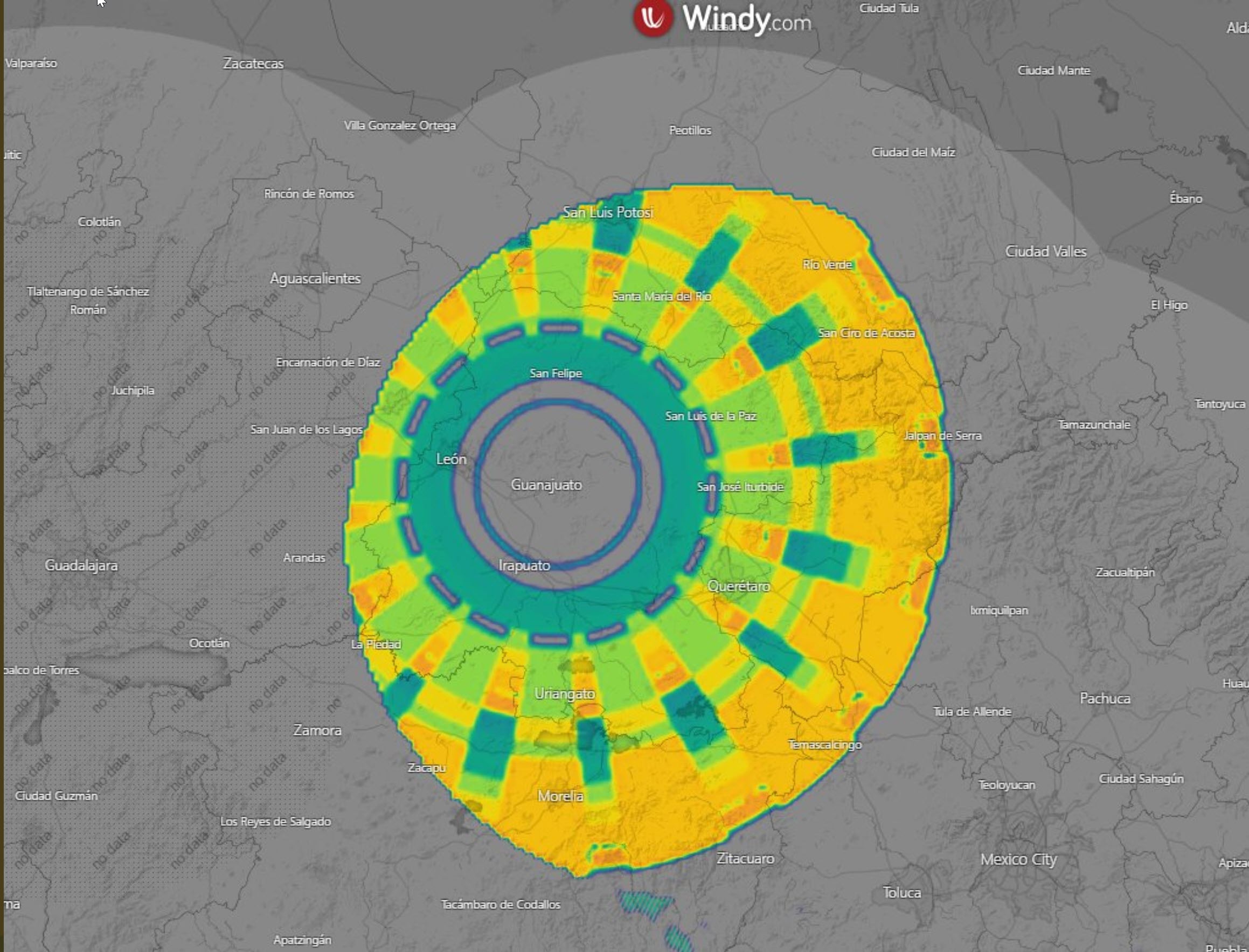 I am endeavoring to determine through other channels, if there was any noticeable effect on people, animals or property in the geographic region affected.   If I get such info, I will report it below as an update.

Now, for subscribers only, is additional information about this issue, including some details from a story this site ran earlier, but withdrew, which claimed the 5G network would be used to create KILL ZONES inside the USA during October, and by November, we would see about a 70% population die-off within the USA, easing the way for Communist China to physically take our country.  Subscribers can LOGIN and watch the very brief video of the event as it took place.