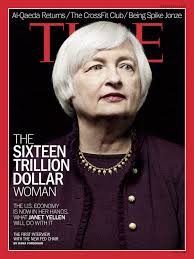 The Federal Reserve kept its policy interest rate unchanged, showing reluctance to end an era of record monetary stimulus in a time of market turmoil, rising international risks and slow inflation at home.

“Recent global economic and financial developments may restrain economic activity somewhat and are likely to put further downward pressure on inflation in the near term,” the Fed said in its statement.

Thursday’s action signified more than anything the committee’s uncertainty about how global events, such as the slowdown in China, translate into their outlook for U.S. growth.

“Discretion is the better part of valor,” Ethan Harris, co-head of global economic research at Bank of America Corp. in New York, wrote in an e-mail. The move is a “tactical delay” to gather more information on risks to the forecast, and “as the labor market recovery rolls along, and with capital markets already showing signs of calm, the pressure on the Fed to hike will build at each meeting going forward.”

The decision featured the first dissent this year by Richmond Fed President Jeffrey Lacker as policy makers faced one of the toughest decisions of Chair Janet Yellen’s leadership of the Federal Open Market Committee.

It also bears its own set of risks, such as the perception of a “Yellen put,” or the view that market volatility could stay the Fed’s decision again.

“They put more emphasis on things that could go wrong than things that are going right,” Harm Bandholz, chief U.S. economist at UniCredit Bank AG in New York, said before the decision.

The U.S. economy is posting steady job gains and solid household spending. Fed officials, anxious not to tighten policy prematurely and risk having to reverse course and cut rates back to zero, weighed solid domestic fundamentals against uncertainties about the international outlook.

“The Committee continues to see the risks to the outlook for economic activity and the labor market as nearly balanced but is monitoring developments abroad,” the statement said.

Slowing growth in China has rippled across the world, hitting commodity-producing countries hard. The MSCI Emerging Markets Index, which captures stock markets in nations such as Brazil, Chile, Egypt and China, is down 14 percent this year.