Almaz-Antey carried out two experiments simulating explosions near MH17. They determined the missile was an older BUK model 9M38 fired from an area under Ukrainian forces’ control, contesting the preliminary findings of the Dutch-led investigation.

Check out the live updates on the Almaz-Antey report.

Journalists attend a news conference, organized by officials of Russian missile manufacturer Almaz-Antey and dedicated to the results of its investigation into Malaysia Airlines flight MH17 crash in eastern Ukraine, in Moscow, Russia, October 13, 2015. © Maxim Zmeyev / Reuters
The damage caused by shrapnel to the aircraft involved in flight MH17 could not have been caused by a modern Russian BUK missile, the manufacturers of the weapon Almaz-Antey have stated.
Trends   Malaysia MH17 plane crash

The manufacturer staged two real-life tests involving decommissioned aircrafts and BUK anti-aircraft missiles to see whether missile complexes currently deployed by Russian troops could have been involved in the downing of the Malaysian Airlines aircraft on July 17, 2014.

The experiments were carried out on July 31 and October 7 with the help of 9N314M BUK missile warheads, which are currently deployed by the Russian military. The results of the tests “decisively indicate” that an explosion from such a missile leaves a distinctive “butterfly-shaped” puncture holes due to the shape of the shrapnel, Almaz-Antey, the manufacturer of Buk air defense missile complexes, said.

“The Boeing 777, which carried out the flight, did not have a single hole like this and as a consequence, this absolutely excludes the possibility of a missile with double T-shaped shrapnel being used to strike this aircraft,”

Almaz-Antey stressed in a statement on Wednesday, following the final report of the Dutch Safety Board that looked into the causes of the crash. 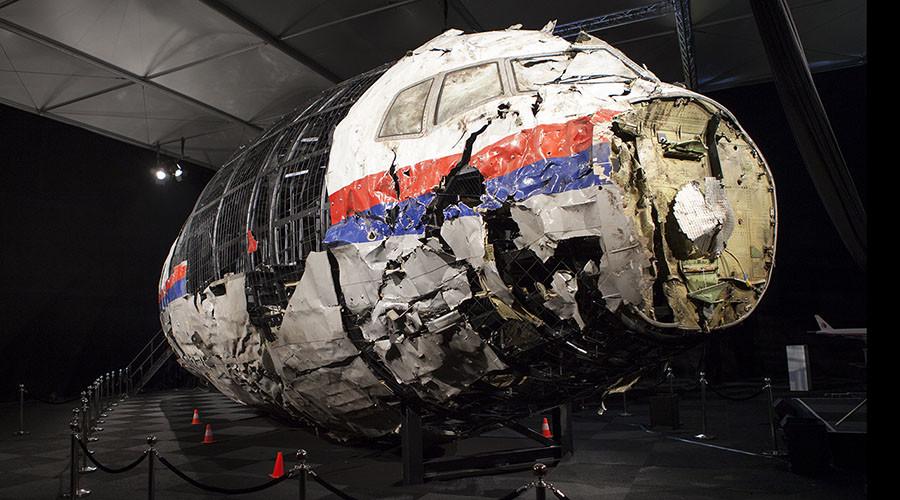 The Dutch Safety Board concluded the plane, which was carrying almost 300 people, was hit with a 9N314M-model warhead mounted on the 9M38-series missile.

The weapon was fired from a BUK surface-to-air missile system from an area in eastern Ukraine.

Almaz-Antey maintains that in fact a 9N314 warhead was responsible. On Wednesday, they commented on the differences between the two warheads and whose defense forces may have been using the missiles mentioned by the Dutch investigators. 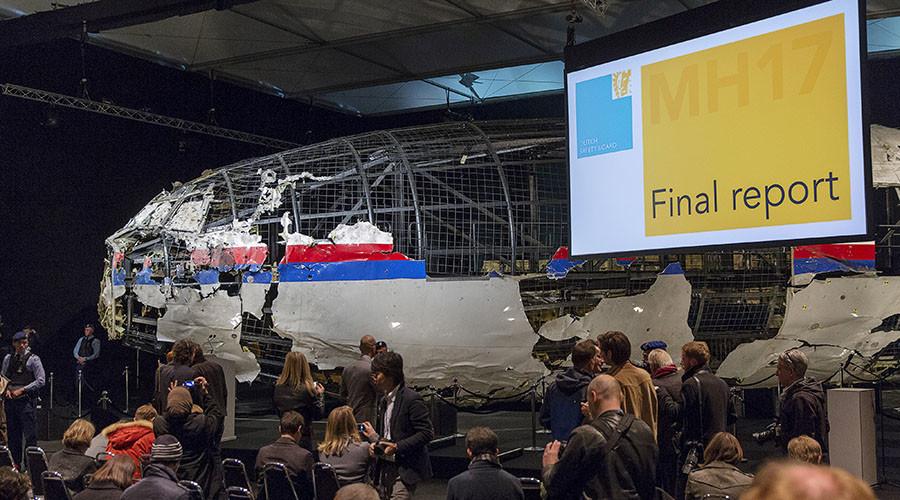 The manufacturer said the Russian army has not been using BUK missiles with 9N314 warheads filled with shrapnel different from a double T-shape, as these are “outdated,” while the production of such warheads was halted in 1982, Almaz-Antey stressed.

Almaz-Antey also noted that as of 2005, there were 991 missiles armed with 9M38M1 warheads in arms depots in Ukraine.

“We obtained this information through official channels. Back in 2005, the company conducted a pre-contractual engineering study of how long these types of missiles could be used for in Ukraine,” Almaz-Antey said, adding that they had a shelf-life of around 25 years.

“We also have data that 502 missiles of the outdated 9M38 modification were used by Ukraine’s armed forces during the same year,” the company added.

On October 13 the Almaz-Antey defense company presented the results of two full-scale experiments aimed at recreating the MH17 crash. The company concluded the missile that downed the flight was an old BUK model fired from a Ukrainian government controlled area, contesting the preliminary theory by Dutch investigators.

The Boeing 777 flying over Ukraine was downed using a 9N314M-model warhead which was mounted on the 9M38-series of missiles, installed on the BUK surface-to-air missile system.

The pre-formed fragments that hit the plane were solid, cube and bow-tie shaped, the report said. “The number of impacts, the distribution pattern and the shape of the high-energy objects that were found are consistent with the pre-shaped fragments in the war-head of the 9N314M model,” it said.

2.Missile exploded on the left side of the Boeing

The in-flight disintegration of the plane occurred due to a detonation above the left hand side of the Boeing’s cockpit, the Dutch investigators said.

3.Missile was fired from Ukrainian territory

The investigators said the warhead was detonated from somewhere within a 320 sq. km area in the east of Ukraine. However, they could not establish which side of the conflict controlled the area at the site of the incident.

4. Ukraine failed to close its airspace

The DBS bashed Ukrainian authorities for failing to recognize the increased risk to civil airplanes flying at cruising altitude and to close the airspace above the conflict zone.

5. Kiev admitted presence of weapons able to shoot down plane

“The statements made by Ukrainian authorities on 14 and 17 July 2014, related to the military airplanes being shot down, mentioned the use of weapon systems that can reach the cruising altitude of civil airplanes. In the judgment of the DBS these statements provided sufficient reason for closing the airspace over the conflict zone as a precaution,” the Dutch report said.

Just hours ahead of the Dutch report, Russian BUK missile maker Almaz-Antey held a media conference presenting its findings relating to the MH17 crash. Almaz-Antey conducted research which included two experiments simulating explosions, with the second one using a decommissioned Ilyushin Il‐86 aircraft, similar to a Boeing 777 in its aerodynamic, technical and physical attributes, as well as its fuselage design. The company’s detailed technical presentation of the findings on Tuesday lasted for about three hours.