Minutes from slaughter: Joyous crowd wave and smile as they enjoy Eagles Of Death Metal concert… before 89 of them were murdered by ISIS gunmen

The following pictures are inside the Bataclan Concern Hall

Notice fans can been seen making the horn hand gesture.

The pictures are understood to have been taken just a few minutes before three gunmen burst into the venue at 9.40pm (8.40pm GMT) as the Californian metal rock band were launching into one of their favourites, Kiss The Devil

These poignant photographs show jubilant fans at the Eagles Of Death Metal gig moments before they were massacred by ISIS gunmen in Paris.

The pictures are clear enough to pick out individual faces in the crowd, some of whom were among the 89 victims slaughtered at the Bataclan Concert Hall on Friday night.

Some fans can been seen making the horn hand gesture that is popular within the heavy metal culture. Others are smiling for camera, raising their glasses or simply enjoying the music.

Minutes later, at 9.40pm (8.40pm GMT), three gunmen burst into the venue as the Californian rock band were launching into one of their favourites called ‘Kiss The Devil’.

Despite the men brandishing semi-automatic weapons and bristling with magazines of ammunition, some thought they were part of the spectacle.

But it quickly became a scene of horror as the militants mercilessly gunned down their victims one by one, even targeting people in wheelchairs.

Those fortunate enough to escape the massacre later described scenes of chaos as Kalashnikov-wielding gunmen told people trying to flee: ‘If you move, we’ll kill you’.

The jihadists paused briefly to move up to the balcony, where they reloaded and opened fire at concert-goers in the pit downstairs.

Shocking pictures later emerged showing bodies littered across the floor where those happy fans had once stood.

Moments before the attack: The massacre happened as the Californian band were launching into one of their favourites, ‘Kiss The Devil’

It was reported that The California-based rock band Eagles of Death Metal was in the midst of a European tour, promoting its fourth album release, when the musicians found themselves caught up in a terror attack at the Paris concert hall where they had begun to perform on Friday 13th. The Bataclan music hall was one of several entertainment sites around Paris targeted by gunmen and bombers in a coordinated assault that killed 127 people. Islamic State claimed responsibility on Saturday for the attacks.

A Paris city hall official said at least 87 young people were slaughtered at the Bataclan concert hall before anti-terrorist commandos launched an assault on the building.

Early indications were that members of the band, which also goes by the acronym EODM, were all safe. The group was formed in the late 1990s by lifelong friends Jesse Hughes and Josh Homme, the group’s only two permanent members.

Hughes’ mother, Jo Ellen Hughes, told a Reuters correspondent outside her home in Palm Desert, California, 125 miles east of Los Angeles, that she had spoken to her son by telephone and that he was unhurt but “very upset and shaken.”

Interestingly, their last album Zipper Down was a response to terrorism.  Co-founder Homme was quoted saying by Rolling Stones: “Yeah. We put out a record and human rights are better, the world feels better, people make more money, there’s less anger, people are more respectful to women and to homosexuals, and they’re generally nicer each other, they’re kinder to each other, and that’s why we really felt like it was time to let the healing begin.”

As I referenced this was occurred on  a satanic day Friday the 13th.

According to one social science report a number of Rock Concerts have ended in violence, bloodshed and mayhem.

There were as many as 850 injuries and four deaths at the concert.

This event was noted for its intensity. The July 28, 1979 show was headlined by Aerosmith, a band about as famous for their off-stage antics as they are for their music. However, it was in the lead-up to the festival, held in Cleveland Stadium, Ohio, that the real drama took place.

Swarms of fans camped outside the stadium overnight, waiting to rush in and grab the best possible seats when the venue opened. And while people were camping, criminals targeted many individuals, and five unfortunate rockers were shot, one of them fatally.

The numerous robberies and acts of violence and vandalism that also occurred were blamed on the poor safety of the event.

In 1992, Guns N’ Roses and Metallica were two of the most popular bands in hard rock, and both acts playing at the Olympic Stadium in Montreal on August 8 was big news for fans. Sadly, the set quickly turned into one of the most infamous riots in the history of rock and roll.

Metallica’s performance was cut short when frontman James Hetfield suffered second degree burns after standing too close to a pyrotechnic special effect. The band piled offstage in a hurry, leaving the restless audience to their own devices for more than two hours.

Eventually, 135 minutes after Metallica had left the stage, Guns N’ Roses finally appeared. But, after playing for only 55 minutes, the band left the stage with lead singer Axl Rose complaining that he was suffering from vocal problems. The result was an explosion of rioting amongst the 53,000 audience members that spilled out into the streets of Montreal.

A storm of looting occurred, with rioters smashing stadium windows, burning a sports car, and starting dozens of other small fires. Tear gas and hundreds of club-wielding riot police were needed to bring the fans under control.

The Danish rock festival Roskilde turned tragic in 2000, when nine fans were crushed to death during Pearl Jam’s set on the Orange Stage. And, as with many other concerts, the cause of death was asphyxiation.

Marilyn Manson tries to shock audiences wherever he goes, but the crowd for his performance at Freakers Ball in Kansas City, Missouri on October 30, 2003  (Halloween eve) was too terrifying even for the controversial performer.

Two songs into the gig, the pressure of 12,000 fans broke down the security fence in front of the sage, and attempts to fix it were unsuccessful. After the barrier was knocked down a second time, Manson was forced to end the gig prematurely.

While many fans left the area peacefully, more than 2,000 decided to take their anger out on the venue. Thousands of rockers smashed up the area, throwing bottles filled with urine at police officers, destroying nine cars, and causing a great deal of property damage. Full riot gear, pepper spray and the Kansas City police were required to contain the crowd.

In the end, seven were injured in the chaos and one man was arrested for trying to run a police officer over with his car.

So back to last week. I was sent the following picture today.

This photo, sorry I could not put arrows, but look up in the balcony.

In the upper seating area, just above the blue spotlight, there are some five to six figures up in the back, the middle one has a very bright face, the two either side of him have very bright hands.

The two on the flanks you need to zoom in to see.

They look like they are dressed in robes, and you can see there these ghoulish shadowy figures because they are standing in front of seats in the seated area. 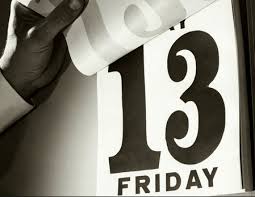 Also below them in the blood stains around the bodies perfectly make out the all seeing eye symbol.

Just another rock concert? I don’t think so…..