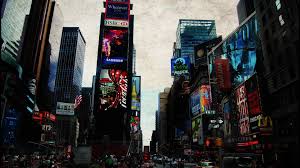 The deadly terrorist attacks in Brussels last week, and in Paris last November are dress rehearsals for a coming “big” attack inside the United States, a leading Islamic State-allied militant claimed in an exclusive interview.

Abu al-Ayna al-Ansari, a Salafist movement senior official in the Gaza Strip, made the claim in a pre-recorded, hour-long interview to air in full on Sunday on “Aaron Klein Investigative Radio,” the popular weekend talk radio program broadcast on New York’s AM 970 The Answer and NewsTalk 990 AM in Philadelphia.  Klein doubles as Breitbart’ssenior investigative reporter and Jerusalem bureau chief.

During the interview with Klein, Ansari seemed to be speaking as an actual IS member, repeatedly using the pronoun “we” when referring to IS and even seemingly making declarations on behalf of IS.

IS has been reluctant to officially declare its presence in Gaza for fear of a Hamas clampdown, but the group is known to be active in the coastal enclave and Ansari is a suspected IS leader.  IS-aligned militants have taken responsibility for recent rocket fire from Gaza aimed at Israel.

Klein asked Ansari whether IS maintains cells inside the U.S. and if the terrorist group is “planning anything in America.”

This is the commitment; this is the engagement of our leadership to the mujahedeen. I cannot give details and the truth is that I don’t know the small details – how many agents we have and where we have them. This depends on our leaders, the Caliph, Abu Bakr al-Baghdadi, and the general military commander, Abu Omar al-Shishani. They will decide when and where to strike in the United States.

But I can tell you that when we are in touch with our different components, with the leaders of the Islamic State.  They confirm, they make it very sure and very clear that it is only a question of time when there will be a strike in America.  And as I said before, what you saw in Paris, what you saw in Brussels will be only a small rehearsal in comparison with what will happen in the United States.

Ansari’s reference to senior Islamic State commander Abu Omar al-Shishani as alive and active comes after the Pentagon announced earlier this month that a U.S. airstrike on March 4 near al-Shaddadi, Syria targeted al-Shishani.

The Pentagon did not make an official statement about whether al-Shashani was killed in the strike, but it told reporters on background that he was “likely killed.”  IS has denied that Shishani was killed.