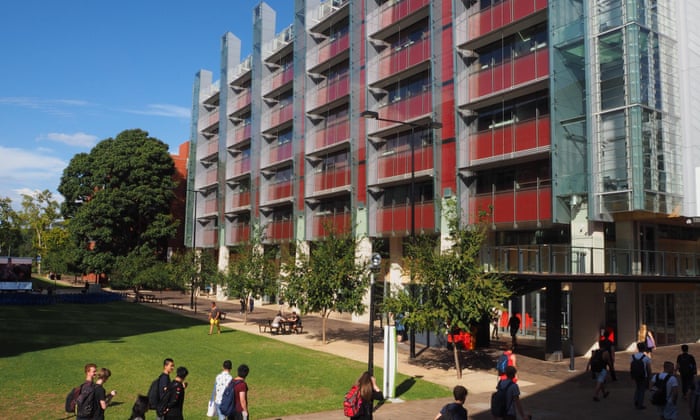 The Ingkarni Wardli building at the University of Adelaide where the Australian Centre for Smart Cities is based. Photograph: Max Opray for the Guardian

Stepping into the elevator at the school for computer sciences hub at Adelaide University, Prof Ali Babar shakes his head in exasperation.

As the doors close the head of the Australian centre for smart cities mentions the woman recently found dead in China 30 days after technicians attempting to fix a glitch cut power to the lift she was in and left her stranded inside.

“That’s the kind of thing that wouldn’t happen in a smart city,” he says.

Babar has just finished another day coordinating with a coalition of government, business and academia about his mission to turn Adelaide into a trial site for such innovations that could one day be rolled out across the rest of Australia and around the world.

The goal is to identify ways in which emerging digital technologies can improve how a city functions, whether traffic congestion, reducing carbon emissions or – as in the case of the elevator in Xi’an – personal safety.

“Adelaide is small enough to use as a laboratory but large enough to undertake ambitious initiatives,” he says.

“A proof of concept can be developed and tested here.”

Central to the idea of a smart city is the internet of things – everyday objects that feature online connectivity, such as elevators that actively communicate data to technicians about malfunctions and the number of passengers on board.

Other prospective technologies being looked at in the realm of safety include biometric readers that allow paramedics to obtain the medical records of an incapacitated patient via a fingerprint scan, or video recognition techniques capable of identifying suspects of a crime even if they are wearing a mask.

Maybe Professor Ali is looking to introduce automatic doors, by including the command ‘Open Sesame’