by Andrew Bieszad onJuly 16, 2016in Featured

I have to give credit where it is due- this false flag military coup in Turkey was a brilliant move by the Sultan aspirant Turkish President Erdogan at consolidating his power and furthering his goal of creating a neo-Ottoman Islamic super state.

No, I do not believe this military coup was an organic uprising. This entire situation stinks of  a set-up at the highest levels of the Turkish government.

These are the undeniable facts about the current world stiuation:

-President Erdogan wants to revive the Caliphate and declare himself a new Ottoman sultan. We have covered this extensively at Shoebat.com, and his actions clearly bear this out.

-President Erdogan is loved by his people- Islam is on the rise in Turkey, and the people are becoming more religious as they are also rallying around Erdogan, while the policy of “secularism” brought in under Ataturk has been in decline

-More than just Merkel and Erdogan, but Germany and Turkey are historical allies since 1453. They worked together in the Protestant Reformation, World War I, World War II, and against the influence of the Catholic Church in Europe.

-Turkey and Russia are historical enemies, and Russo-Turkish relations are at a historic low. The Russian government’s sanctions against Turkey have destroyed the Turkish economy and Turkey is desperate to recover.

-Germany wants a war with Russia because, as we have discussed at Shoebat.com, it is trying to reassert its imperial past, and part of that includes conquering territories it has fought over against Russia since at least the year 1190.

Looking at these facts, and because there were still a lot of details that were not clear, I also had a series of questions about this coup:

-Who was behind the coup?

-What is the end goal of the coup?

-What is President Erdogan saying and doing?

-What is Russia saying?

-What is Germany saying?

-What is the public response to the coup?

-What is the government’s response?

-What is the military’s response?

-What is anybody else saying or doing in reference to this coup?

Looking at all of the information, and given the obscurity of data, it became clear that until some of these questions were answered, at least in part, it would not be possible to get a clearer look at the situation and assess what is really happening. But as an initial analysis, I had two possible scenarios.

The first scenario assumes that the coup was truly an act of the military against the government. This could be organized by solely the military, or it could be “influenced” by either the Germans or the Russians. Each group would have competing interests for why they would do it, but the point would be in any case to get control over Turkey in order to use that nation for a greater geopolitical end.

The second scenario is that the coup was a false flag event- it would be the government using the military to attack itself designed by nothing other than Erdogan himself. The goal would be to give the appearance of a rebellion, orchestrated at the hands of a few expendable officers, after which the coup would be violently crushed and Erdogan would re-emerged as a “victorious leader” around which people would rally. This would allow him to consolidate his power, purge his enemies with public support, and further his Islamist visions.

As the day passed, the events of the coup went as follows with an approximate timeline:

-2130 Turkish government says it is still in power, tells people to “protest” the coup, says the coup will be stopped

-2200 Turkish government blames the Gulen movement for the coup

This was all I needed to make my conclusions, because with this short timeline, one can observe the following-

1) An entire military coup went from start to fail in scarcely 12 hours. Military coups often times last for at the very least days, and many times can take weeks or even months. And this entire coup is over in barely half a day? Very suspicious.

2) The people are rising up and defeating the soldiers. In a real military coup, anybody who opposes the coup is violently destroyed. They do not allow the vulgar masses to rise up and crush them like what happened today in Turkey, but they rather do what happened at Tiananmen Square in China in 1989- the military just runs over the protestors and keeps going.

3) After the “coup,” Erdogan’s supporters rushed to him and rallied around him as he suddenly “emerges victorious” and promises to make Turkey stronger and better and purge his enemies. As expected, in a pattern often reproduced in many false flag attacks, the “victorious underdog” Erdogan has now become the “winner” that everybody looks to and will support his decisions without questioning them.

4) Erdogan blamed the Gulen movement consistently for the coup. This was the absolute dead give away. We have reported on Shoebat.com that Erdogan has been caught attempting false flag attacks against the Gulen movement, including the faked assassination attempt of his own son, because they are a hindrance to his Ottoman dream. The Gulen movement is not good, as it is Islamist. However, it is an obstacle to Erdogan, and he has wanted Gulen’s influence destroyed since at least 2013. The issue here, just with the ousting of Ahmet Davutoglu, is about Erdogan’s power- he wants no obstacle whatsoever to his ascendancy to the Caliphate.

Erdogan has already encouraged people to call him god as well as the new great leader of the Muslim world. But to make sure this new candidate for the antichrist has no competition to his self-proclaimed divinity, he has had to resort to the tactics of devils to purge all opposition.

Nice try Erdogan, but we see through you and we know your end game.

Erdogan wants to be ‘sultan of Islamic state

Former Canadian model Hanna Bohman gave up a glamorous life of photo shoots to join Kurdish troops in their fight Islamic State in Syria. She told RT that the biggest problem is Turkey supporting the terrorists.

“Turkey supports ISIS [IS, formerly ISIS/ISIL]. We know it firsthand. It doesn’t seem to get a lot of press coverage in the West – and it’s a shame because it’s better to deal with the problem now than wait until it gets big and almost out of control in the future,” Bohman, 47, also known as Tiger Sun, told RT.

“Right now the biggest problem isn’t so much as ISIS, it’s Turkey supporting ISIS”, she noted, adding that “Erdogan wants to create an Islamic state – he wants to be the sultan.” 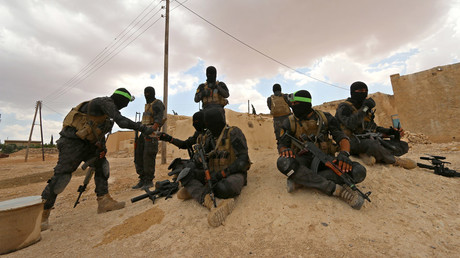 “The worst thing isn’t what everyone assumes – the killing and the dead bodies. The worst thing is seeing the Kurdish soldiers. They’re young – 17, 18, 19. They’re kids. They are giving their whole lives for this. It’s not like a volunteer going to another country to fight. They are volunteering in their own country. So they really don’t have a choice. They either fight or they end up getting killed anyways. At least they die fighting instead of dying hiding,” Bohman stressed.

“It’s incredibly unfair that they have to deal with the problem that the West created.”

Bohman joined the Kurdish troops battling IS in Syria in March last year and stayed with them for four months. She said there were as many as 300 other volunteers – from South America, Europe, Russia, China and Australia. Joining the Kurdish fighters wasn’t difficult, she said.

“I tried to make contact through a Facebook page, they gave me instructions, told me how to get there to avoid Turkey, which city to go to, and things like that.”

Governments doing nothing to stop ISIS killing the Yazidis

The former model told RT why she decided to go and fight Islamic State. 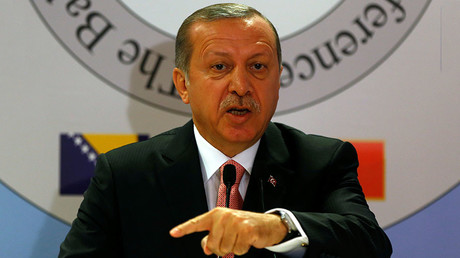 “It was just an anger with ISIS and the politics being played with people’s lives. I was watching on the news as they were killing the Yazidis in Chingal and things like that, and our governments weren’t doing anything to stop it. It was really the primary motivation for me to go there.”

Islamic State militants have committed numerous acts of genocide against the Yazidis, a Kurdish minority in Iraq, in a campaign they believe will “purify” the territory from non-Islamic influences.

Jihadists on the rampage in Syria and Iraq have kidnapped thousands of women and young girls, committing numerous atrocities, including sexual abuse and forced conversion to Islam to marry jihadist fighters.

Growing up in a society where it’s inconceivable for women to fight alongside men, Kurdish YPJ female forces have been left with no choice other than to engage in a do-or-die battle against Islamic State.