I have been wanting to put up this article for awhile now, but a big event called Together 2016 just got in the way.

Although we aren’t always across these things our youth culture are being bombarded by subliminals, and this by the famous Young and Free from Hillsong no less.

Here is the video I am referring to, called Back to Life.

It has over 9 specific subliminals that I could clearly identify that are of major concern.

So for a start what is a subliminal?

existing or operating below the threshold of consciousness; being or employing stimuli insufficiently intense to produce a discrete sensation but often being or designed to be intense enough to influence the mental processes or the behavior of the individual:

a subliminal stimulus; subliminal advertising.
So there you have it, in essence something in the subconscious or under or beneath or undetected by the conscious you!

Here at just 2 seconds into the video I found myself starring at a grid pattern even in these words of scripture. Can you see them? 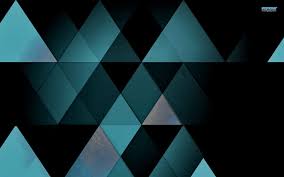 The scripture above is written to form a pattern similar to this one here, both upright and inverted type triangles.

But to go deeper and to keep it simple, here are the times where a distinct symbol is flashed on the screen.

In the majority of case it is a hexagram, i.e. two triangles interlocked like the star of David.

But the obvious question is what’s wrong with that?

The hexagram, like the pentagram, was and is used in practices of the occult and ceremonial magic and is attributed to the 7 “old” planets outlined in astrology.

The six-pointed star is commonly used both as a talisman[6] and for conjuring spirits and spiritual forces in divers forms occult magic. In the book The History and Practice of Magic, Vol. 2, the six-pointed star is called the talisman of Saturn and it is also referred to as the Seal of Solomon.[7] Details are given in this book on how to make these symbols and the materials to use.

“The interlacing triangles or deltas symbolize the union of the two principles or forces, the active and passive, male and female, pervading the universe … The two triangles, one white and the other black, interlacing, typify the mingling of apparent opposites in nature, darkness and light, error and truth, ignorance and wisdom, evil and good, throughout human life.” – Albert G. Mackey: Encyclopedia of Freemasonry

The hexagram, one of the world’s most ancient symbols, is featured within and on the outside of many Masonic temples as a decoration. It may have been found within the structures of King Solomon‘s temple, from which Freemasons are inspired in their philosophies and studies. Like many other symbols in Freemasonry, the deciphering of the hexagram is non-dogmatic and left to the interpretation of the individual.

The Hexagram for the uninitiated

The hexagram, like the pentagram, was and is used in practices of the occult and for ceremonial magic. The hexagram is a very powerful symbol to witches, magicians and sorcerers.   It is used in different kinds of witchcraft, magic, occultism, and the casting of zodiacal horoscopes.  Because it has six points, and because it contains a ‘666,’ the hexagram is considered to be Satan’s most powerful.

The hexagram is used to conjure up demons, making them appear in this dimension to do the bidding of the witch.  Doc Marquis (Former Illuminist Satanist) confirms that hexagrams are used to call forth demons to place spells and curses on the intended victim. The word, “HEX,” comes from this practice.

The hexagram is also a symbol of the sex act and reproduction. Masonic author, Albert G. Mackey provides us with the occult explanation in his book, The Symbolism of Freemasonry, [p. 195, 1869 A.D.] The triangle pointing downward “is a female symbol corresponding to the ‘yoni’ and the upward pointing triangle is the male, the ‘lingam’. When the two triangles are interlaced, it represents the union of the active and passive forces in nature; it represents the male and female elements.” [Also explained in Did You Know? Vignettes in Masonry from the Royal Arch Mason Magazine , Missouri Lodge of Research, 1965, p. 132, Wes Cook, Editor]

Sorry but someone has to expose this stuff.