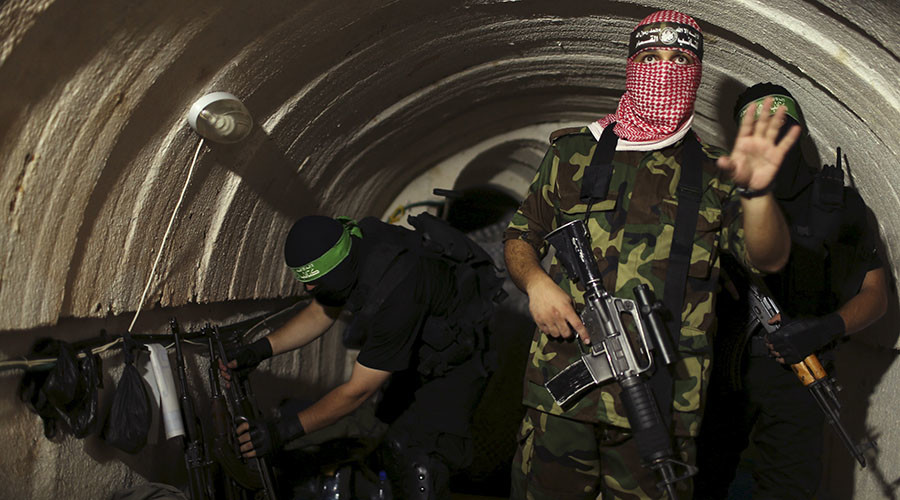 A Palestinian fighter from the Izz el-Deen al-Qassam Brigades, the armed wing of the Hamas movement. © Mohammed Salem / Reuters

Turkey has demanded an explanation from Germany given the “distorted mentality” of an interior ministry report which accused Ankara of breeding Islamist extremism in the Middle East. German officials meanwhile distanced themselves from the allegations.
Trends: Global terrorism

On Tuesday, Germany’s ARD public television accused Turkey’s ruling party and its president, Recep Tayyip Erdogan, of running a deliberate state policy that sponsors groups like the Egyptian Muslim Brotherhood, the Palestinian Hamas as well as terrorist factions in Syria. The leaked document, produced by the German Interior Ministry called Turkey“a center platform in the Middle East” for Islamist groups since 2011. 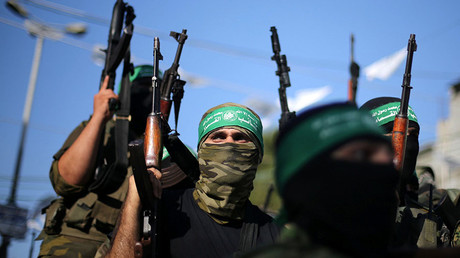 Turkey’s foreign ministry said the claims were “a new indication of the distorted mentality, which attempted to weaken Turkey by targeting President Recep Tayyip Erdogan and the Turkish government.”

Ankara attributed the German assessment of Turkish state policy referenced in the leak to the Kurdistan Workers’ Party (PKK ), and the organization’s network in Germany, as the foreign ministry demanded an explanation from Berlin.

“It is obvious that [the] PKK terror organization, which continues to target Turkey, and some political environments in Germany, which were known for their double-standard manners in the fight against terror are behind these claims,” the foreign ministry said in a statement. “As a country which sincerely fights against terror of every sort whatever its source, Turkey expects that its other partners and allies act in the same way.”

German Interior Minister Thomas de Maiziere defended the report, telling the RBB broadcaster that “there’s nothing to regret,” of what was said in the letter that came as a confidential answer to a parliamentary query by leftist Die Linke party. He added that the report also included other aspects of Germany’s assessment of Turkey that stretch beyond the leaked part of the document.

Others in the German political establishment made a move to distance themselves from the leaked assessment. Interior ministry spokesman, Johannes Dimroth, pointed out that the report had been signed by a deputy minister, without the approval of de Maiziere or the Foreign Ministry.

Foreign ministry spokeswoman, Sawsan Chebli, was quick to say that her apparatus does not “share the assessment as a whole” of the leaked document.

German government spokesman Steffen Seibert failed to confirm the content of the leaked report but said Turkey is a vital partner in fighting terror.

“We are deeply convinced that Turkey is the most important partner with regard to the fight against the so-called Islamic State group,” he said.

A lawmaker from German Chancellor Angela Merkel’s Christian Democratic coalition, Bettina Kudla also criticized ARD claims about Turkey, tweeting “the European Union sends half a billion euros to Gaza Strip, which was under the Hamas rule.”

Despite reaching a wider EU deal on refugees in March, worth some €6 billion ($6.76bn) relations between Germany and Turkey have taken a downturn in recent months after the German lawmakers ratified a proposal to recognize the Armenian Genocide of 1915.

German authorities also recently banned Erdogan from talking via video link to activists in a Cologne rally where thousands took to the streets to support Erdogan and his government after a failed military coup in July.