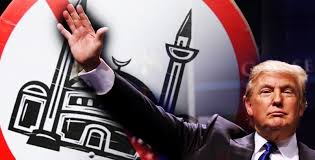 Trump’s Exclusion of Aliens from Specific Countries Is Legal

Arguments to the contrary ignore the Constitution and misstate federal law. On Friday, President Donald Trump issued an executive order calling for heightened vetting of certain foreign nationals seeking entry into the United States. The order temporarily suspends entry by the nationals of seven Muslim-majority countries: Syria, Iraq, Iran, Sudan, Libya, Somalia, and Yemen. It is to last for 90 days, while heightened vetting procedures are developed.

The order has predictably prompted intense protest from critics of immigration restrictions (most of whom are also critics of Trump). At the New York Times, the Cato Institute’s David J. Bier claims the temporary suspension is illegal because, in his view, it flouts the Immigration and Nationality Act of 1965.

This contention is meritless, both constitutionally and as a matter of statutory law.

Let’s start with the Constitution, which vests all executive power in the president.

Under the Constitution, as Thomas Jefferson wrote shortly after its adoption, “the transaction of business with foreign nations is Executive altogether. It belongs then to the head of that department, except as to such portions of it as are specifically submitted to the Senate. Exceptions are to be construed strictly.” The rare exceptions Jefferson had in mind, obviously, were such matters as the approval of treaties, which Article II expressly vests in the Senate.

There are also other textual bases for a congressional role in foreign affairs, such as Congress’s power over international commerce, to declare war, and to establish the qualifications for the naturalization of citizens. That said, when Congress legislates in this realm, it must do so mindful of what the Supreme Court, in United States v. Curtiss-Wright (1936), famously described as “the very delicate, plenary and exclusive power of the President as the sole organ of the federal government in the field of international relations – a power which does not require as a basis for its exercise an act of Congress.” In the international arena, then, if there is arguable conflict between a presidential policy and a congressional statute, the president’s policy will take precedence in the absence of some clear constitutional commitment of the subject matter to legislative resolution. And quite apart from the president’s presumptive supremacy in foreign affairs, we must also adhere to a settled doctrine of constitutional law: Where it is possible, congressional statutes should be construed in a manner that avoids constitutional conflicts.

As The Washington Post noted, Obama didn’t make an announcement of his administration’s practice. Trump’s official declaration resulted in widespread panic and confusion, both in the U.S. and all over the globe. The fact that it did not take place as a direct reaction to a specific incident, unlike Obama’s policy, and that it appears to be a general response to Islamic terror, has many fearing that U.S. foreign policy is being driven by racism or xenophobia. Defenders of the new policy argue that while it may have undesirable results, it’s worth it to keep Americans safe.

So does Trump’s executive order bear similarities to Obama’s Iraqi refugee hold? Yes, some. But it does a whole lot more with a whole lot less specifics.