In this new story over at Forbidden Knowledge TV that Steve Quayle linked to on his website Wednesday morning they reported that the roll out of 5G is already causing staggering health problems after firefighters in several different California counties from San Francisco to Sacramento to Los Angeles reported neurological damage, headaches, insomnia, memory problems and confusion soon after 5G equipment was installed outside of their fire stations.

And while one wouldn’t blame the reader for thinking that story might be some bizarre ‘conspiracy theory’, back on May 29th of this year, CBS Sacramento reported that major health risk questions have been raised about the roll out of 5G just months before Sacramento officially launches 5G services and their story indeed reports:

Firefighters in San Francisco have reported memory problems and confusion after the 5G equipment was installed outside of fire stations. The firefighters claim the symptoms stopped when they relocated to stations without equipment nearby.

As the Forbidden Knowledge TV story also reported, when the firefighters were tested, they were found to have brain abnormalities and measurable neurological deficits and as this January story over at CBS San Francisco reported, California firefighters have now been exempted from the installment of 5G equipment near their fire stations. Yet as the CBS San Francisco story also pointed out, 5G equipment is also being installed around homes, churches, schools, hospitals, stores, office parks and all across the country. Are firefighters somehow specifically vulnerable to the negative health effects of 5G in a way that, for some strange reason, the rest of us aren’t?

Of course that last statement was facetious and knowing that firefighters in California will be exempted from having 5G equipment installed upon their fire houses due to proven negative health effects should be looked at as a red-alert warning call to us all. If firefighters don’t want this equipment near their stations, why would we want it near our homes? While supporters and ‘pushers’ of 5G claim that it is safe, the International Association of Firefighters disagrees. From the CBS San Francisco story:

“These firefighters developed symptoms,” says Dr. Gunnar Heuser who conducted a pilot study on firefighters at a station with cell towers.

Heuser says their brain scans suggest even low-level RF can cause cell damage and he worries about more vulnerable groups like kids.

“We found abnormal brain function in all of the firefighters we examined,” Heuser said. With an organization as credible as the International Association of Firefighters opposing the roll out of 5G near their fire stations for very obvious reasons, why is it still being rolled out in very close proximity to peoples homes, our children’s schools, and places such as near doctors offices all across America?

As we reported within this April 5th ANP story, while the mainstream media as a whole has been noticeably silent about the dangers of 5G, local outlets such as the previously mentioned CBS outlets in California have been publishing a number of stories about the dangers warned of by experts and ‘normal citizens’ alike.

The following excerpt came to us from an April story over at WTOP in Washington DC in which we learn a number of residents of the DC suburb of Montgomery County are fighting a change to the zoning laws that would allow 5G wireless system antennas to be placed upon utility poles and buildings, often within a stones throw of houses and schools. From WTOP:

“These 5G towers would emit radio frequency radiation into our yards, our homes and our bodies, 24 hours a day, 365 days a year,” said Baron, urging the county council to reject zoning law changes that would permit the cell antennas.

Other residents expressed alarm and concern over the health risks they said could ensue from cell antennas placed as near as 20 feet from homes. “We are very concerned about the placement of wireless antennas in places where people play, sleep and work,” said Theodora Scarato, executive director of Environmental Health Trust. “There are hundreds of scientists who have concluded that this is a risk.” 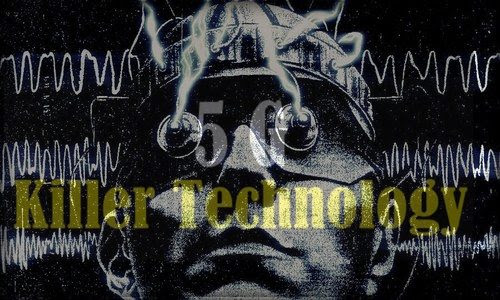 So once again, why is 5G tech being fast-tracked into neighborhoods and near schools and other locations of mass gatherings all across America when we have proof of the negative health effects of 5G, and that not from some tinfoil hat conspiracy theorists but the International Association of Firefighters?

And firefighters aren’t the only ones speaking out. A group of well over 100 scientists studying in the fields of biological and health effects from non-ionizing EMF fields have signed an international appeal for 5G to be studied more closely before it is rolled out all across the planet, warning of the potential dangers. From their appeal:

We are scientists engaged in the study of biological and health effects of non-ionizing electromagnetic fields (EMF). Based upon peer-reviewed, published research, we have serious concerns regarding the ubiquitous and increasing exposure to EMF generated by electric and wireless devices. These include–but are not limited to–radiofrequency radiation (RFR) emitting devices, such as cellular and cordless phones and their base stations, Wi-Fi, broadcast antennas, smart meters, and baby monitors as well as electric devices and infra-structures used in the delivery of electricity that generate extremely-low frequency electromagnetic field (ELF EMF).

Numerous recent scientific publications have shown that EMF affects living organisms at levels well below most international and national guidelines. Effects include increased cancer risk, cellular stress, increase in harmful free radicals, genetic damages, structural and functional changes of the reproductive system, learning and memory deficits, neurological disorders, and negative impacts on general well-being in humans. Damage goes well beyond the human race, as there is growing evidence of harmful effects to both plant and animal life.

These findings justify our appeal to the United Nations (UN) and, all member States in the world, to encourage the World Health Organization (WHO) to exert strong leadership in fostering the development of more protective EMF guidelines, encouraging precautionary measures, and educating the public about health risks, particularly risk to children and fetal development. By not taking action, the WHO is failing to fulfill its role as the preeminent international public health agency. 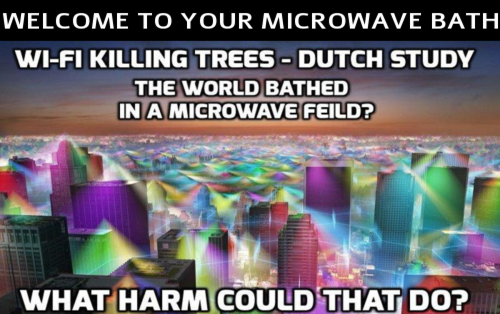 And while 5G will continue to be rolled out across America due to the billions and billions of dollars that it will bring in according to former FCC Commissioner Tom Wheeler as heard in the final video below, a video titled “The Scariest 3 1/2 Minutes Ever!“, as we also hear from Wheeler, 5G is far too important to the globalists agenda to waste too much time testing it properly to make sure it is safe.

And we’ll close by republishing two excellent and eye-opening comments from this CBS Sacramento story  within which they warned of some of the potential future health problems that will come along with the roll out of 5G.:

Dave Lynch May 30, 2018 at 4:31 pm The 5G system is population extermination and profiteering disguised as communications. I am not surprised considering the lousy leadership in California. With so many smart people in the world, surely a better method is available, but a microwave bath certain to cause cancer can be nothing more than intentional. I urge all Californians to ban the 5G system. All your cancer awareness programs and fund raisers are an utter waste of time with these towers in operation. Think about that one for a minute,

Kelley Eidem July 16, 2018 at 7:31 pm —  What happened to the firefighters when they were exposed to 5G early is the sort of thing I’ve been warning about on my Facebook Timeline (Kelley Eidem) for several months now.

To see a news article about it, brings it home. By the way, the immediate threats are the ions that the towers generate. Frequencies can be just fine if the ions are neutralized. The ions can be neutralized by adding ceramic to each mast. Otherwise there will be a calamity unlike what this country has ever seen and it will happen fast.