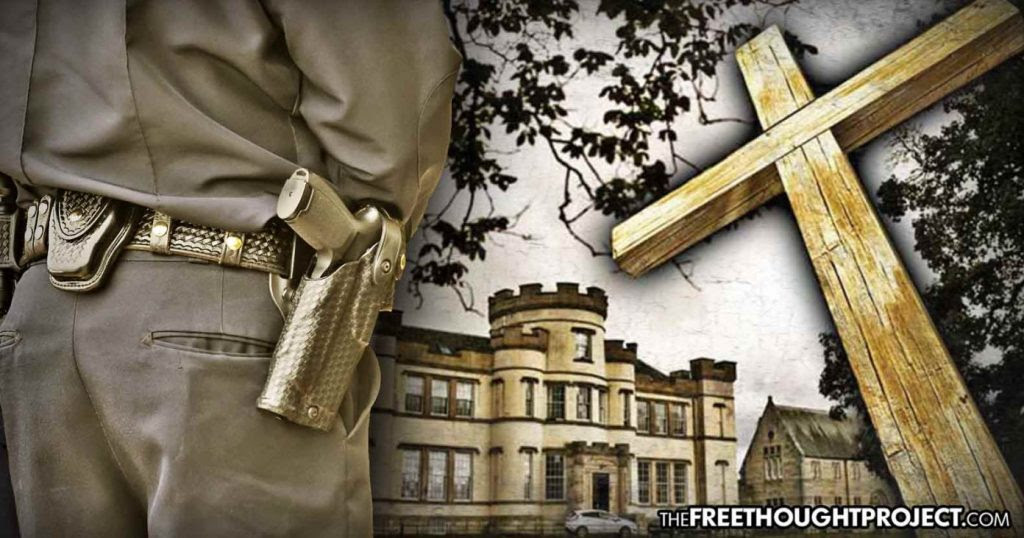 Philadelphia, PA — For those who have been keeping up with the child sex abuse scandal in the Catholic church that erupted late last month in Pennsylvania, many have been wondering how it was allowed to go on for so long without anyone getting charged or arrested.

Now, we may have the answer—the police were complicit.

During a grand jury report into the child sex abuse by priests in Pennsylvania, the state Attorney General, Josh Shapiro provided insight into how priests were allowed to go on for decades preying on children. He singled out the two groups responsible for covering up the crimes of the church.

One of the groups named by the AG was the Catholic Church hierarchy like the archbishops and cardinals who reacted to allegations of child rape by simply transferring the priest to a new church or failing to act at all. The other group Shapiro named was law enforcement, who he says acted in tandem with the abusive priests to keep their horrific habits from ever reaching the public eye.

“The abuse scarred every diocese,” he said. “The cover-up was sophisticated. The church protected the institution at all costs.”

Not only did the church protect pedophile priests, but the investigation revealed a “failure of law enforcement,” according to Shapiro.

According to the investigation, at the same time the church was covering up the abuse by protecting the pedophiles, it also had assistance from police or district attorneys who aided in covering it up as well. Sometimes this aid was in the form of looking the other way, while other times, it involved actively thwarting investigations.

As the Morning Call reports:

The documented cases of lax enforcement occurred decades ago. But by allowing offending priests to walk freely, law enforcement cleared a path for more abuse to occur and left victims without justice. It’s impossible to say how many children were molested by priests who avoided charges, but the grand jury report found that some accused priests aided by see-no-evil law enforcement were able to live freely for decades, and that the 1,000 victims the grand jury counted likely were the tip of the iceberg.

For former Philadelphia District Attorney Lynne Abraham, the problem often started at police departments, which were stocked with Catholic police officers. They knew the priests, but more importantly, she said, the priests knew them.

“It was a different time,” she said. “You didn’t remonstrate with the guy who’s giving you absolution.”

Do You Want to Learn How to Become Financially Independent, Make a Living Without a Traditional Job & Finally Live Free?

Northampton County District Attorney John Morganelli told the Morning Call that he experienced this shunning by law enforcement and the church first hand when he prosecuted Monsignor Stephen T. Forish for allegedly soliciting sex from a man early one morning in 1996.

“I was criticized big-time for bringing that case,” he said.

Forish would later be acquitted only to be charged again for a similar crime years later. He would die awaiting the trial in that case.

According to the Morning Call, Shapiro, through a spokesperson, refused to go into detail on how, exactly, law enforcement helped to cover up the abuse. However, they pointed out one glaring public example.

One of the most egregious missed opportunities by law enforcement involved the Rev. Thomas Bender, who was serving at St. Francis Orphanage in Orwigsburg in 1972. That year, the grand jury report said, a state trooper found Bender with a high school-age boy, both with no pants on, in a car. The case was reported by another trooper, who also was a deacon in the church, the grand jury report said.

A report by Monsignor Anthony Muntone to Bishop Thomas J. Welsh, then head of the Allentown Diocese, stated that the first trooper “gave Bender ‘a lecture and sent him on his way.’ ”

One District Attorney was even caught on record deliberately blocking investigations into the rape of young boys by priests. In 1964, Beaver County district attorney Robert Masters was presented with evidence that a Catholic priest was raping several young boys. However, he blocked the investigation to prevent “unfavorable publicity.”

“I have, in order to prevent unfavorable publicity, halted all investigations into similar incidents with other young boys,” Masters wrote in an Aug. 4, 1964, letter to Pittsburgh Diocese Bishop Vincent Leonard.

The good news is that this paradigm seems to be shifting. As the scandal in Pennsylvania illustrates, even some folks within the mainstream media have begun to report on this nightmarish reality.

Matt Agorist is an honorably discharged veteran of the USMC and former intelligence operator directly tasked by the NSA. This prior experience gives him unique insight into the world of government corruption and the American police state. Agorist has been an independent journalist for over a decade and has been featured on mainstream networks around the world. Agorist is also the Editor at Large at the Free Thought Project, where this article first appeared. Follow @MattAgorist on Twitter, Steemit, and now on Facebook.