WTI Crude prices are up around 2% in the early Sunday trading  after Saudi Arabia appears to be now attempting to go on the offensive and is lashing out as it does damage control in the aftermath of journalist Jamal Khashoggi’s alleged murder inside the Saudi consulate in Istanbul nearly two weeks ago.

What likely sparked the risk premium was the fact that Turki Al Dakhil, who heads the Saudi state-owned Arabiya news network, wrote in an article that U.S. sanctions against Saudi Arabia could wreak havoc on the global economy by taking oil prices to $200 a barrel and more. Faisal bin Farhan, a senior adviser to the Saudi embassy in Washington, said on Twitter that these comments didn’t represent the Saudi leadership.

“The most powerful weapon Saudi has is oil and its investments,” said Fawaz Gerges, a professor of international relations at the London School of Economics. “ I doubt Saudi will decrease the production of oil to the world economy because it will hurt itself and I doubt that Saudi will withdraw its investments.”

So kick back and grab your popcorn: this could be the beginning of a spat and public relations meltdown with the U.S. as the Saudi Embassy in Washington on Sunday tweeted the following passive aggressive statement directed at the White House:

To help clarify recently issued Saudi statement, the Kingdom of Saudi Arabia extends it appreciation to all, including the US administration, for refraining from jumping to conclusions on the ongoing investigation.

To help clarify recently issued Saudi statement, the Kingdom of Saudi Arabia extends it appreciation to all, including the US administration, for refraining from jumping to conclusions on the ongoing investigation.

Official Source: KSA confirms its total rejection of any threats and attempts to undermine it.http://www.spa.gov.sa/1827989#SPAGOV

The kingdom now appears to be reacting to the pressure amidst countless international reports and Western leaders all pointing the finger at Riyadh for the pre-meditated murder of the Washington Post columnist and US resident.

This comes after President Trump told “60 Minutes” during a recent interview that the U.S. would be “very upset and angry” if the Saudi government was behind Khashoggi’s death, and added further that there would be “severe punishment” to follow.

But just as interesting are the strong signals being put out via Saudi official media. For the first time since 1973 Saudi Arabia appears to be threatening the oil weapon… or at least is doing so through trusted state journalists.

On Sunday almost simultaneous to publication the official KSA statement confirming “its total rejection of any threats and attempts to undermine it,” the head of state-funded Al-Arabiya News, Turki Aldakhil, published an article entitled, US sanctions on Riyadh would mean Washington is stabbing itself.

Notably, the article was published in English and didn’t hold back in terms of threats to both the West and global economy, warning Saudi Arabia possesses the ability cause “an economic disaster that would rock the entire world.”

The op-ed envisioned, or rather threatened, the following should the White House unleash Trump’s “severe punishment” on Saudi Arabia:

If US sanctions are imposed on Saudi Arabia, we will be facing an economic disaster that would rock the entire world. Riyadh is the capital of its oil, and touching this would affect oil production before any other vital commodity. It would lead to Saudi Arabia’s failure to commit to producing 7.5 million barrels. If the price of oil reaching $80 angered President Trump, no one should rule out the price jumping to $100, or $200, or even double that figure.

But Aldakhil quickly followed with a statement on Twitter, saying the views reflected in his editorial are his “personal opinions” and not the position of the official Saudi government.

Head of Al Arabiya says his op-ed about the use of #oil weapon reflected his own views and not the #SaudiArabia government (as I warned, a trial balloon, allowing full deniability) #OOTT

Yet it’s prominently featured by the kingdom’s foremost English publication… The op-ed continued by saying, “There are simple procedures, that are part of over 30 others, that Riyadh will implement directly, without flinching an eye if sanctions are imposed.” 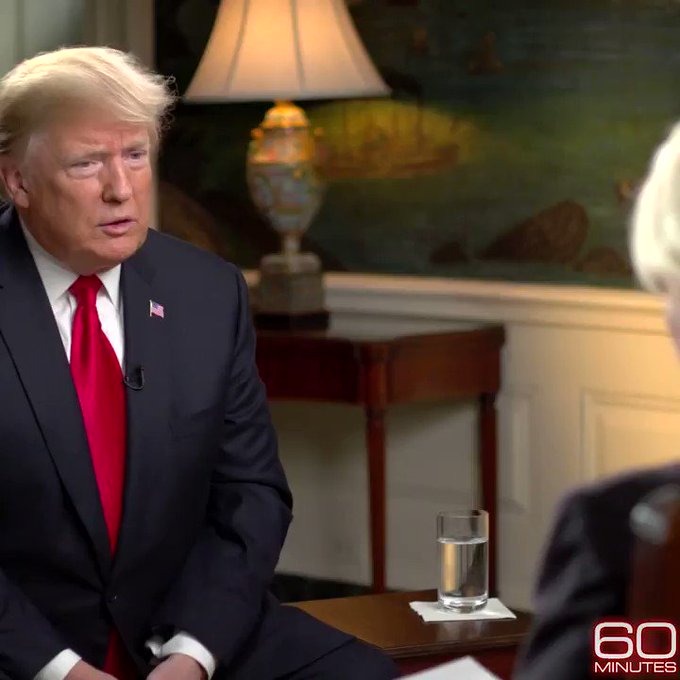 “There will be severe punishment.” In his first 60 Minutes interview since taking office, President Trump tells Lesley Stahl that if Saudi Arabia is found to be responsible for journalist Jamal Khashoggi’s death, there will be consequences. https://cbsn.ws/2ISz6Gh

And responding to the broadly recognized fact that both the US and UK supply nearly the entirety of the Saudi military with hardware and training, the Al Arabiya chief editor went so far as to say US sanctions would drive Riyadh into the arms of Russia and China to fulfill its military needs.

Imposing any type of sanctions on Saudi Arabia by the West will cause the kingdom to resort to other options, US President Donald Trump had said a few days ago, and that Russia and China are ready to fulfill Riyadh’s military needs among others. No one can deny that repercussions of these sanctions will include a Russian military base in Tabuk, northwest of Saudi Arabia, in the heated four corners of Syria, Israel, Lebanon and Iraq.

He claimed further that a break down in cooperation between Riyadh and Washington “will throw the Middle East, the entire Muslim world, into the arms of Iran…”

Saudi Arabia threatening to ally itself with Iran/Hezbollah and open a Russian military base in Tabuk if US sanctions over Khashoggi’s death are imposed is a textbook definition of “cutting off its nose to spite its face.” http://english.alarabiya.net/en/features/2018/10/14/US-sanctions-on-Riyadh-would-mean-Washington-is-stabbing-itself.html …

OPINION: US sanctions on Riyadh would mean Washington is stabbing itself

Underscoring the theme of Washington “stabbing itself in the back” by retaliating for Khashoggi’s death, the op-ed continued: