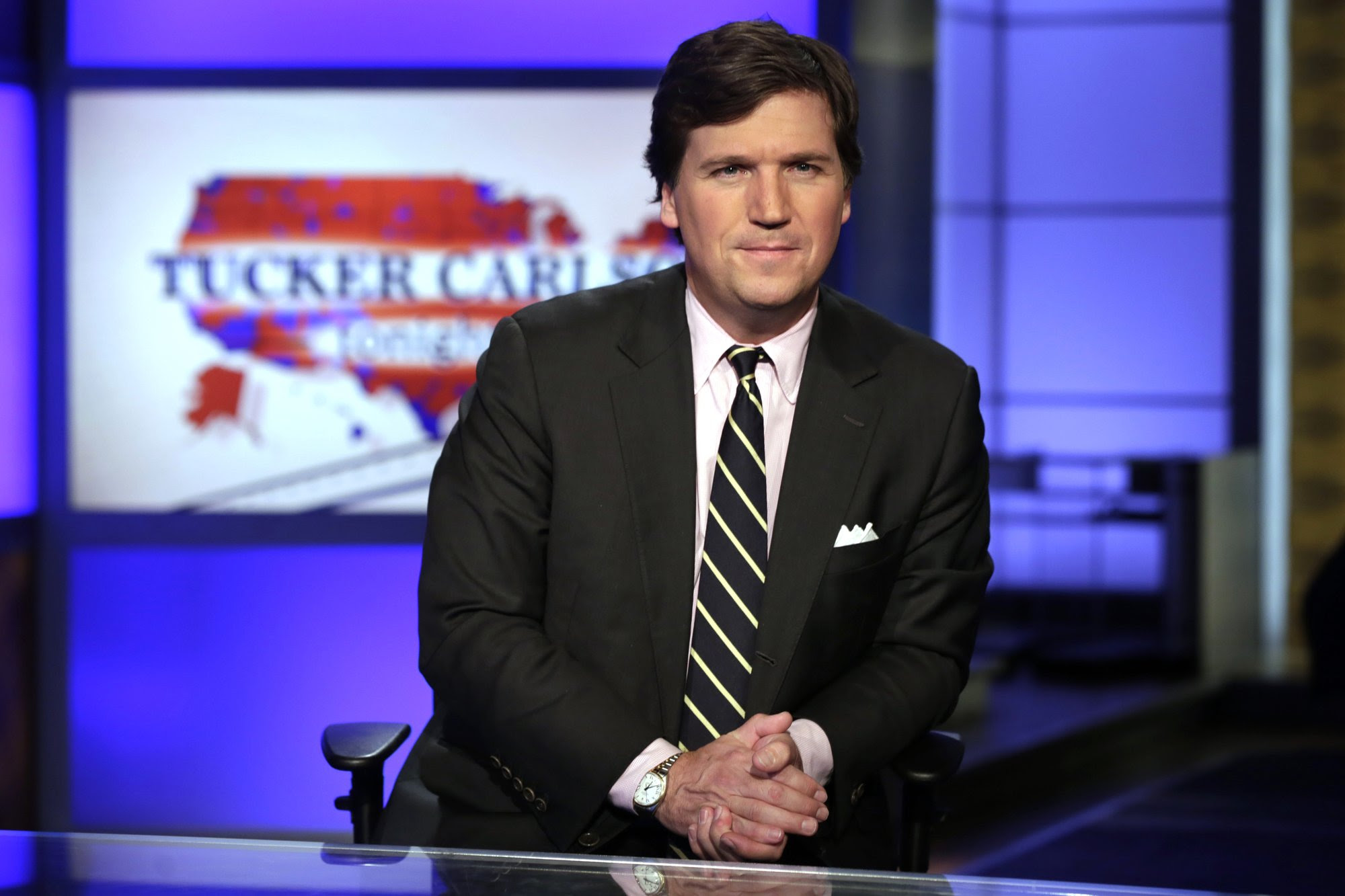 WASHINGTON (AP) — Police say they are investigating a protest and vandalism at the home of Fox News host Tucker Carlson as a possible hate crime. It’s the latest example of protesters targeting the personal lives of Trump administration officials and allies in the D.C. area.

Carlson, in a phone interview with his network Thursday night, called the incident “chilling” and “upsetting.”

Washington’s Metropolitan Police Department reported that officers were summoned to Carlson’s home Wednesday evening and found about 20 protesters and a commonly used anarchy symbol spray-painted on the driveway.

A brief video posted on social media by a group calling itself “Smash Racism DC” shows people standing outside a darkened home and chanting, “Tucker Carlson, we will fight. We know where you sleep at night.”

There were no arrests, but police confiscated several signs. The report lists the incident as a “suspected hate crime” on the basis of “anti-political” bias.

The Metropolitan Police said in a statement that they welcome and support all expressions of free speech and First Amendment rights but that “defacing private property” is an obvious violation.

“We will work to hold those accountable for their unlawful actions. There is currently an open criminal investigation regarding this matter,” the statement said.

Carlson has been a major supporter of President Donald Trump and his policies. In recent months, White House spokeswoman Sarah Huckabee Sanders, Homeland Security Secretary Kirstjen Nielsen and Republican Sen. Ted Cruz of Texas were all either refused service or berated by protesters in area restaurants.

Carlson was scheduled to be on vacation Thursday from his Fox News program, “Tucker Carlson Tonight,” but he called in to talk with substitute host Brian Kilmeade.

“They weren’t protesting anything,” Carlson said of the crowd. “They weren’t trying to change my mind or advocate for a position. They were threatening my family to get me to stop talking.”

Wednesday’s incident prompted reactions from across the political spectrum.

A statement released by Fox News dubbed it “reprehensible” and called for more civil discourse at a time of intense political polarization.

“We as a nation have become far too intolerant of different points of view,” the statement said. “Recent events across our country clearly highlight the need for a more civil, respectful, and inclusive national conversation.”

“Fighting Tucker Carlson’s ideas is an American right. Targeting his home and terrorizing his family is an act of monstrous cowardice,” Colbert wrote. “Obviously don’t do this, but also, take no pleasure in it happening. Feeding monsters just makes more monsters.”