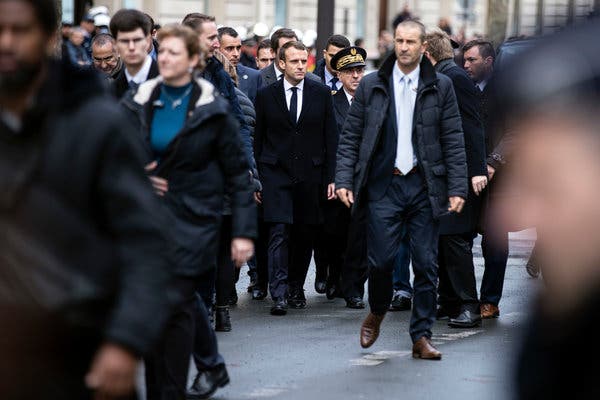 PARIS — Too little, too late: That was the reaction of the so-called Yellow Vest protesters to the French government’s sudden retreat this week on a gas tax increase. The Yellow Vests, who have thrown France into turmoil with violent protests in recent weeks, say they want more, and they want it sooner rather than later — lower taxes, higher salaries, freedom from gnawing financial fear, and a better life.

Those deeper demands, the government’s inability to keep up, and fierce resentment of prosperous and successful cities run like an electrified wire connecting populist uprisings in the West, including in Britain, Italy, the United States and, to a lesser extent, Central Europe.

What ties these uprisings together, beyond the demands, is a rejection of existing parties, unions and government institutions that are seen as incapable of channeling the depth of their grievances or of offering a bulwark against economic insecurity.

But what makes France’s revolt different is that it has not followed the usual populist playbook. It is not tethered to a political party, let alone to a right-wing one. It is not focusing on race or migration, and those issues do not appear on the Yellow Vests’ list of complaints. It is not led by a single fire-breathing leader. Nationalism is not on the agenda.

The uprising is instead mostly organic, spontaneous and self-determined. It is mostly about economic class. It is about the inability to pay the bills.

In that regard, it is more Occupy than Orban — more akin to the protests against Wall Street driven by the working poor in the United States than the race-based, flag-waving of Hungary’s increasingly authoritarian leader, Viktor Orban.

In Paris, it was the luxury shopping streets, the Avenue Kleber and the Rue de Rivoli — insolent symbols of urban privilege compared with the drab provinces from which the Yellow Vests emerged — where windows were smashed on Saturday.

But it is also about a deep distrust of societal institutions that are perceived as working against the interests of the citizens, and that will make this crisis particularly hard for the government to resolve. The Yellow Vests push politicians away and reject Socialists, the far right, President Emmanuel Macron’s political movement, and everybody else in between.

The movement was “totally unanticipated by the parties,’’ said the political scientist Dominique Reynié. ‘‘The system is in crisis.”