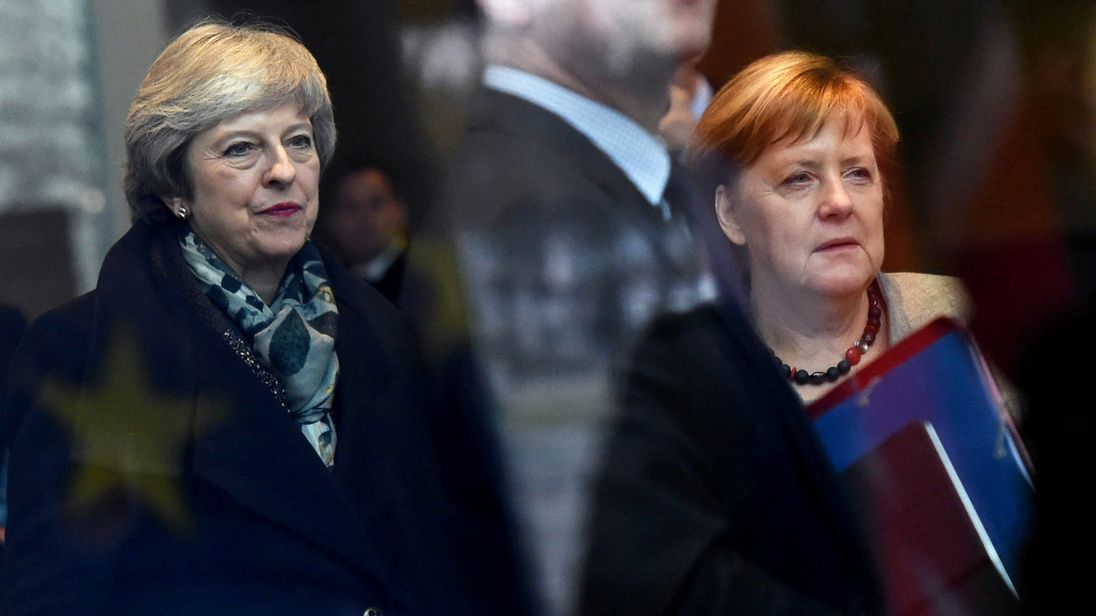 On Tuesday 11 December the Government intend to put before Parliament the:

“Withdrawal Agreement and Political Declaration on the future relationship between the UK and the EU as endorsed by leaders at a special meeting of the European Council on 25 November 2018.”

This is the culmination of nearly 2 years of negotiations between UK & EU since UK voted in a referendum in 2016 to leave the EU.

However, as things stand as present, the chances of this agreement being passed by Parliament are very low. It is estimated that as many as 100 MPs could vote against it, bringing the government into crisis.

How have we got to this point? What has Mrs May done – or not done – that all political parties, including many in her own party, are prepared to vote against her proposal?

This Briefing Paper outlines the background, identifies where I think she went wrong and suggests an alternative to get UK back on track with the Lord.

It is worth reminding ourselves how Mrs May became Prime Minister.

Political hustings began in the Conservative Party with multiple candidates, who one by one drop out leaving just Theresa May & Boris Johnson. Johnson was politically assassinated by Michael Goves, leaving Mrs May as ‘the last man standing’.

I call it a coronation – she was coronated [ie: crowned] into the position & inherited a 19 MP majority in Parliament. As a professing Christian, I believe she was given the chance, like Saul, to govern under the Lordship of the Most High God. Events have shown she has failed in this assignment, in my personal view.

Mrs May started reading up on Brexit with a small group of policy advisors who followed her from the Home Office. They became so unpopular because of their bullying tactics that they eventually lost their jobs. The Dept. for Exiting the EU [DEXEU] was created with Davis Davis as the Secretary of State. However Mrs May retained of control of proceedings behind the scenes.

Mrs May was constantly taunted by her political opponents, especially the SNP leader, very successfully e.g.: you’re not really chosen as the leader, you haven’t got your own mandate, it’s all just inherited etc. I think this eventually got to her and she ended up changing her mind and called for a general election in June 2017.

She was supported by her advisors, fellow cabinet members and the Tory Central office believed she could increase her majority even more. As a result they designed a presidential-type election campaign totally unsuited to her personality [which she agreed to], speeches focussed on ‘me’ statements: trust in me/vote for me/give me/I will tear up/strengthen me etc. It seems she was not happy with her inheritance and wanted more.

She lost her inherited Parliamentary majority, and a minority government was returned that needed to go into a ‘supply & demand’ alliance with DUP to stay in power. She was saddened but remained defiant.

After 18 months Mrs May finally devised what she called her ‘3rd way’ strategy, [also known as the Chequers plan,] which has led to a flurry of ministerial resignations—to date, seven [7] in total. She has doggedly ploughed on, continuing to boast ‘strong & stable’ government but, sadly, the country has ended up with the opposite.

….the amendment means, come January [2019], if the Withdrawal Agreement is not ratified, the Commons will take control of Brexit…… If the Government loses next Tuesday’s vote, we will be left with two likely options: the Norway model, or a second referendum. [source]

The majority of Parliament he points out, is pro-remain and would like to see the original referendum reversed. They have been buoyed in this endeavour by the ECJ Attorney General, who has just adjudicated that Article 50 can be revoked unilaterally, without needing the other EU 27 nations’ permission.

So what is the main sticking point: a brief explanation

It’s the backstop (click here for more info); an arrangement to avoid a hard Brexit customs border between the two Irelands, and allow the 1998 Belfast [Good Friday] Agreement to stay in force, allows for NI & UK to stay within a joint EU customs area.

They appear to be correct in this as the Attorney General, Geoffrey Cox states in his written advice to the government:

“7…This is a fiscal arrangement only. The arrangements as a whole apply differently in GB & NI…. 8 The implications of NI remaining in the EU Single Market for Goods, while GB is not, is that for regulatory purposes GB is essentially treated as a third country by NI for goods passing from GB to NI….” (my emphasis). [source]

…… In the absence of a right of termination, there is a legal risk that the United Kingdom might become subject to protracted and repeating rounds of negotiations.

I ask the question: Has EU gone too far with this backstop in tying up the UK in this way? Is it possible that they have overstepped the mark in this instance as the judgement tool? [see below for EU comments on the deal].

WHAT EU ARE SAYING (about the deal)

A leaked diplomatic note from a meeting between Commission officials and ambassadors from the EU’s 27 countries reveals how Brussels views the “level playing field” rules signed up to by the prime minister.

“They must align their rules but the EU will retain all the controls. They apply the same rules. UK wants a lot more from future relationship, so EU retains its leverage.” [source]

“The power is with us,” said Martin Selmayr, according to one note of a “sherpa” meeting recently.

There is little doubt in my personal opinion, that the EU have been very effective in exploiting Mrs May’s political weakness, and her concern to avoid a no-deal scenario.

The Irish PM Leo Varadkar, has also played a blinder in persuading the EU to back him regarding developing a backstop between the two Irelands and has out-manoeuvred the British government every step of the way in the negotiations in this matter.

In addition, the German Chancellor Angela Merkel and the French President Emmanuel Macron have both been adamant that any deal benefits must be worse than full EU membership.

All of these agendas have guided the EU negotiating team and they been highly successful in following this line. This has left Mrs May very weakened as she has only been able to negotiate behind the scenes through her advisors and it’s taken her ages to work out what she really wanted to achieve from these negotiations.

However, one question remains for me: if the Withdrawal Agreement is rejected by UK parliament on 11 December 2018, could we begin to see the EU unity weakening as a defeat raises possibility of a no-deal Brexit? At present the EU states there is no other plan possible but I’m not convinced as neither UK nor EU want a no-deal Brexit because of the huge disruption this will cause.

Here are some of the available options if the meaningful vote fails to be passed on Tuesday:

In doing her best and in being very well-meaning, it seems as if Mrs May has managed to alienate virtually everybody AGAINST her 3rd way: Parliament, brexiteers, remainers, DUP, even the EU.

It has just managed to turn a majority remain-minded parliament against her plan which could have the result of delivering the very opposite of her desired soft Brexit.

Parliament could even reverse Brexit against her stated determination to deliver the referendum result: ‘the will of the people’.

HOW DID WE GET INTO THIS STATE?

Personally, I feel we need to go back to where it all started to go wrong. I consider this was when Mrs May decided to call a general election last year, in listening to her advisors, in wanting more and not being satisfied with the hand she inherited politically. I say she was coronated – actually by the Most High God to this high office – but instead I feel she trusted in the arm of man and her own strength.

I submit to you that she has fallen short in her God-given assignment.

And now she needs our help!

Not because she’s a [liberal] Christian; not because Brexit must continue…. should it?

No to all! But because THIS IS AN EMERGENCY!!!!!

At this juncture in our history, with the nation horribly divided, with our politicians at a loss of where to turn next; we need to take our position humbly before the throne of the most High God, standing in the gap on Mrs May’s behalf [she cannot do it herself] and for our nation.

Our posture is again one of laying down our own preferences and desires about what we think is the best solution or option. This is the 4th WAY. The only viable option available to us as God’s intercessory people.

As Daniel repented for the sins of his people and nation, so we must do the same at this critical time in the nation’s history.

Only we can do this.

Only we can desire HIS WAY, HIS WILL, HIS PURPOSES to prevail above our own.

Even if UK goes to WTO rules – so be it.

Beloved, above all let us remember this: it really is not about Brexit at all but about His eternal purposes, for HIS SAKE and HIS reputation.

Yahweh, glorify your Name!
Yes, your Name alone be glorified, not ours.
For you are the one who loves us passionately,
and you are faithful and true.