After making the rounds on seemingly every cable news show that would have him over the weekend and on Monday, California Attorney General Xavier Becerra led a coalition of 16 states in challenging Trump’s national emergency declaration, according to the Washington Post.

The states are seeking a preliminary injunction to stop the order in the suit, which has been filed – just as Trump anticipated – in the Ninth Circuit, which has already struck down several key Trump policies.

The lawsuit, brought by states with Democratic governors except for Maryland, could stall the president’s ability to build the wall for weeks or even months. 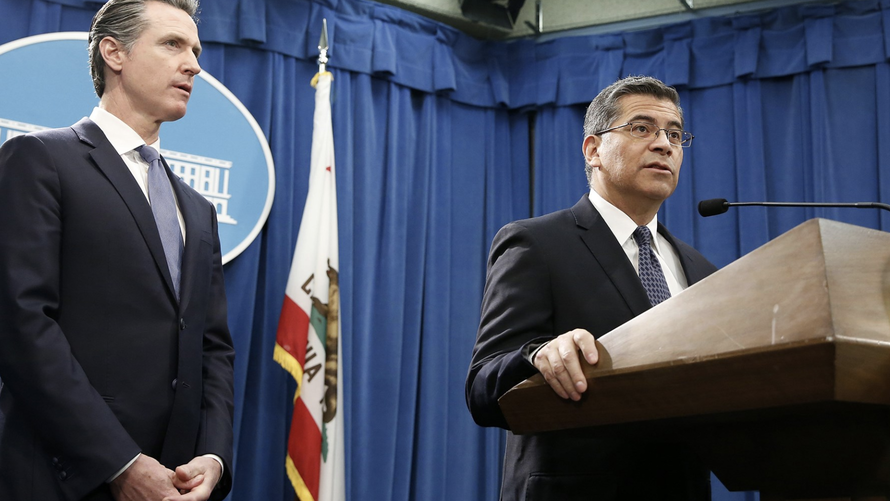 Accusing the president of “an unconstitutional and unlawful scheme,” the suit alleges that the states are trying “to protect their residents, natural resources, and economic interests from President Donald J. Trump’s flagrant disregard of fundamental separation of powers principles ingrained in the United States Constitution.”

Having sued Trump dozens of times already, Becerra, who noted the irony of filing a challenge to one of the president’s signature policies on President’s Day, said he was challenging Trump now because the president “admitted there’s no crisis at the border” – a reference to a remark made during Trump’s Friday press conference where he said that he “didn’t need” to declare the national emergency.

“The president admitted that there’s not a basis for the declaration. He admitted there’s no crisis at the border. He’s now trying to rob funds that were allocated by Congress legally to the various states and people of our states,” Becerra told Andrea Mitchell on MSNBC Monday afternoon.

“The separation of powers is being violated, we’re going to go out there and make sure that Donald Trump cannot steal money from the states and people who need them, since we paid the taxpayer dollars to Washington, D.C., to get those services,” he said.

The Trump administration is already faces a litany of lawsuits over the national emergency declaration that have been filed by special interest groups. Over the weekend, the Center for Biological Diversity, Border Network for Human Rights and the American Civil Liberties Union all announced lawsuits. According to Bloomberg, another group called Public Citizen, which represents landowners in Texas along the US-Mexico border – who are worried about their property being taken by Eminent Domain – is reportedly preparing to file a suit. The eminent domain issue could become a problem for Trump in a state that supported him in the 2016 presidential race by a wide margin because, as one analyst told BBG, Texans are “very supportive of property rights.”

It’s also looking increasingly likely that Congress will pass a resolution to terminate the emergency by simple majorities in both chambers of Congress, thanks to the support of several Republicans who oppose the emergency declaration, which could force Trump’s first-ever veto.