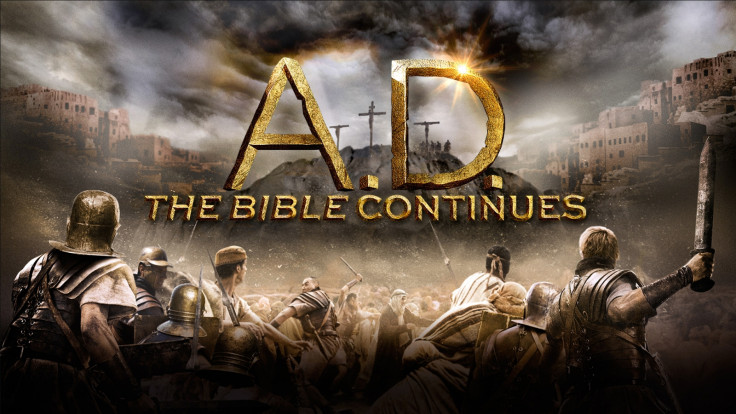 Emails with David Jeremiah and His Ongoing Friendship with the World

Some time ago I had E-Mailed David Jeremiah’s ministry about his connections with a few heretics. Here is what I said:

David Jeremiah, I join many Christian Brothers and Sisters when I say that for some time, your ministry has blessed us. This makes it all the more harder to say.

You have been aligning heretics, and that makes you, while maybe not a heretic yourself (Especially if it was done out of ignorance), definitely guilty of the sin of heresy. It also makes it dangerous for us to follow your ministry. We know that it may mean you yourself are one of them, and if not (Which I pray is the case), it at very least makes it dangerous that you may recommend a wolf in sheep’s clothing.

Roma Downey and Mark Burnett are heretics, friend. They are a part of the Church of Rome, and they are Mystics.

Thomas D. Jakes is a modalist and he believes the prosperity gospel.

He said, “The Blessing is yours. The business is yours. The property is yours,” and “You should not be struggling financially particularly if you’re a tither.” His statement of faith says, “There is one God, Creator of all things, infinitely perfect, and eternally existing in three manifestations: Father, Son and Holy Spirit,” rather than stating the orthodox position that he is three persons in one God.

Jesse Duplantis said “[God] didn’t have the foggiest idea what a horse was…” This is denying his omniscience! He also stated, “The very first thing on Jesus’s agenda was to get rid of poverty.”

These aren’t the only ones. Beth Moore, for one. Or Sue Monk Kidd. Or Jan and Paul Crouch. There are so many.

Please, friend, distance yourself from these people, and publicly denounce their unscriptural doctrines!

After I had done this, I told a few friends and they started to E-Mail him as well, calling him to dis-associate with these people. One by one we all got responses, less than optimal. After comparing, we realized it was merely a bot that was responding and he was not really reading the E-Mails, and it was likely that no one would ever read them (Except when I posted them publicly, like here).

This was the response we got:

Thank you for your email and for sharing your concerns.

We believe if you watch Dr. Jeremiah’s interview with Mark Burnett and Roma Downey about A.D. The Bible Continues you will see their passion to present the Gospel of Jesus Christ and the formation of the early Church to a secular world on NBC. This groundbreaking opportunity to reach prime time television with the message of Jesus Christ is unprecedented.

You can view the interview here:

When Mark and Roma asked Dr. Jeremiah to write two books on Acts to support the biblical accuracy of this series, he was honored to do so.

Our involvement with Mark Burnett and Roma Downey in this particular project, A.D. The Bible Continues, is solely to promote what we believe is family friendly programming based on the Book of Acts that will lead many to the Word of God for life-transforming answers to their spiritual questions.

Please join with us in asking God to bless the teaching on the Book of Acts, for the next twelve Sunday mornings, on Turning Point Television.

Thank you again for contacting us.

There are many problems with this E-Mail. Let’s just take a look at a few of the highlights:

I have now told you half of the problem. This is not the end. He has since then joined many heretics in laying hands on Donald Trump in support of his campaign. Such people include Paula White, who has made many false prophecies and preaches a false gospel in which our words have power and God gives us health and wealth and prosperity. It also included Kenneth and Gloria Copeland and Jan Crouch, who are all strong proponents of the same false gospel. Kenneth Copeland has said, “You don’t have a God in you, you are One!” It sounds like something straight out of Genesis 3 from the serpent. “You will be like God.” And yet Jeremiah has no issue sharing a platform with him and partnering with him to endorse Donald Trump.

He has also joined T.D. Jakes, Jan Crouch, and many others in promoting the life and teachings of the late Paul Crouch, who preached another Gospel.

This is not shocking, as in 2012 he had appeared with Paul Crouch on “Praise the Lord”. He even said on that program, “I’m so amazed at the vision God has given to this man [Paul Crouch].” He then went on to ask his viewers to send TBN money. These are just two examples of his issues.

There are many more of these issues, and I’m sure you could go online and do just a little bit of digging and even more.

On his very website, he admits he will be at Jumpstart Experience 2016. This will be on May 9th-11th, and will include Joyce Meyer, who claims Jesus suffered in Hell and that she is not a sinner, along with the same false gospel as Paula White and multiple false prophecies. That will also include Joel Osteen, another proponent of the other gospel of Health and Wealth, who has promoted Self Esteem and a heresy known as Pelagianism.

Pelagianism is the belief that man is not sinful by nature. Danilo Montero is also in the lineup, and he is basically Joel Osteen’s Spanish guy. He is in charge of the Spanish portion of Joel Osteen’s ministry, so he helps spread Osteen’s false doctrine to Spain, Mexico, Columbia, Puerto Rico, Cuba, and other Spanish Speaking Nations.

On May 16th, 2012, the late Ken Silva noted about Jeremiah, “[It’s] rather odd that David Jeremiah, an ostensibly conservative evangelical, would wish to rub shoulders with [Word of Faith] prosperity preachers. Yet here he is… where you’ll see Jeremiah lavish his praise upon Paul Crouch as well as TBN itself.”

It seems that nothing has changed as of October 3rd, 2015 as I write this.

Now, what is the big deal? I mean, so what, why is this an issue? Because the Bible repeatedly and constantly tells us to not align with false teachers and to not be friends with the World. Romans 16:17-18 (ESV) says, “I appeal to you, brothers, to watch out for those who cause divisions and create obstacles contrary to the doctrine that you have been taught; avoid them. For such persons do not serve our Lord Christ, but their own appetites, and by smooth talk and flattery they deceive the hearts of the naive.” It says something similar in 2 John 1:10-11 (ESV), “If anyone comes to you and does not bring this teaching, do not receive him into your house or give him any greeting, for whoever greets him takes part in his wicked works.” At that time, receiving someone into your house was a sign of support. And the Apostle John, under the inspiration of God the Holy Spirit, is saying do not do this. Ephesians 5:6-11 (ESV) says, “Let no one deceive you with empty words, for because of these things the wrath of God comes upon the sons of disobedience. Therefore do not become partners with them; for at one time you were darkness, but now you are light in the Lord. Walk as children of light (for the fruit of light is found in all that is good and right and true), and try to discern what is pleasing to the Lord. Take no part in the unfruitful works of darkness, but instead expose them.”

David Jeremiah, without a doubt, is failing to follow the principles that God gave in 2 John, Romans, and Ephesians. I would encourage everyone to be cautious with his ministry. This is definitely an issue, something to make you avoid him at very least and, if you can, call him to repent for such things (Although, not by E-Mail, as he may not respond or send a botted message). As a church, we are to reform against false doctrine, not partner with it. When we say the Reformation is not over, yes we are saying that we are not friends with the Pope. Yes, we are saying that Protestantism still has a place and a purpose and that we should not partner with Roman Catholics (Like Downey and Burnett).

But the statement also means that we are to keep reforming. Keep fighting creeping false doctrine and examining our own doctrine to forsake any false doctrine we may hold to. I am a Protestant, and by God’s Grace I am still protesting. That is my statement against Rome. I am still protesting Rome. When I say Ecclesia Semper Reformanda Est (Latin, “The Church is Always to be Reformed”), I am speaking of Rome, but I am also speaking of each heresy today that we need to be reforming against. The Reformers didn’t only oppose the Catholic Church, but the Antinomians, and the Libertines, and the false prophets, and the mystics, and many other cults. So Church, keep reforming. Remember, Ecclesia Semper Reformanda Est.