The White House is considering transferring immigrants detained at the southern border to Democrat-controlled “sanctuary cities.” 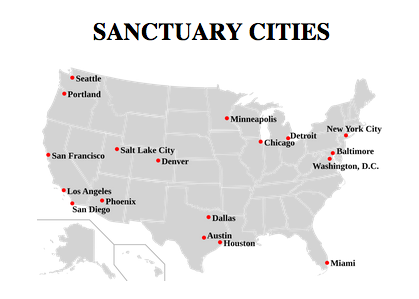 After reports surfaced that the idea was brought up twice and shot down by attorneys from Immigrations and Customs Enforcement (ICE), President Trump tweeted on Friday that his administration is “indeed, as reported, giving strong considerations to placing Illegal immigrants in Sanctuary Cities only,” adding “The Radical Left always seems to have an Open Borders, Open Arms policy – so this should make them very happy!”

Due to the fact that Democrats are unwilling to change our very dangerous immigration laws, we are indeed, as reported, giving strong considerations to placing Illegal Immigrants in Sanctuary Cities only….

….The Radical Left always seems to have an Open Borders, Open Arms policy – so this should make them very happy!

On Friday, the Washington Post and ABC News reported that the Trump administration had twiced pushed for transferring migrants to sanctuary cities, citing anonymous senior government officials familiar with the matter. 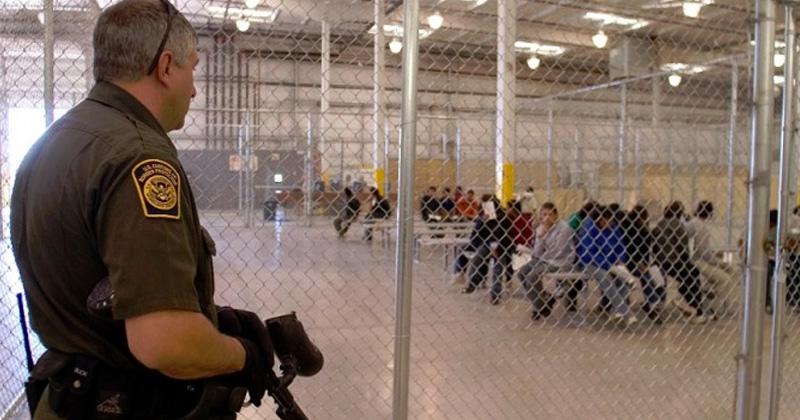 The White House believed it could punish Democrats — including Pelosi — by busing ICE detainees into their districts before their release, according to two DHS whistleblowers who independently reported the busing plan to Congress. One of the whistleblowers spoke with The Washington Post, and several DHS officials confirmed the accounts. They spoke on the condition of anonymity to discuss internal deliberations. –Washington Post

“This was just a suggestion that was floated and rejected, which ended any further discussion,” said one White House official who acknowledged the discussions, according to the report. A Department of Homeland Security (DHS) official confirmed the discussions in “a nearly identical statement,” but asserted that the discussion is now over.

The plan was reportedly pushed by senior Trump adviser Stephen Miller, according to two DHS officials; once in November and again three months later during the shutdown talks.

White House officials first broached the plan in a Nov. 16 email, asking officials at several agencies whether members of the caravan could be arrested at the border and then bused “to small- and mid-sized sanctuary cities,” places where local authorities have refused to hand over illegal immigrants for deportation.

The White House told U.S. Immigration and Customs Enforcement that the plan was intended to alleviate a shortage of detention space but also served to send a message to Democrats. The attempt at political retribution raised alarm within ICE, with a top official responding that it was rife with budgetary and liability concerns, and noting that “there are PR risks as well.” –Washington Post

“This was just a suggestion that was floated and rejected, which ended any further discussion,” the White House said in a statement.

Contrary to the report, ICE acting deputy director Matthew Albence acknowledged the discussion but said he was never pressured, saying in a statement: “As the Acting Deputy I was not pressured by anyone at the White House on this issue. I was asked my opinion and provided it and my advice was heeded.”

After the November discussions, Albence brought ICE attorneys into the picture after the topic came up again three months later, who ultimately killed the idea.

Trump has been demanding ­aggressive action to deal with the surge of migrants, and many of his administration’s proposals have been blocked in federal court or, like the family separation policy last year, have backfired as public relations disasters.

Homeland Security officials said the sanctuary city request was unnerving, and it underscores the political pressure Trump and Miller have put on ICE and other DHS agencies at a time when the president is furious about the biggest border surge in more than a decade. –Washington Post

“The extent of this administration’s cynicism and cruelty cannot be overstated,” said the San Francisco Democrat in a statement through spokeswoman Ashley Etienne. “Using human beings — including little children — as pawns in their warped game to perpetuate fear and demonize immigrants is despicable.” 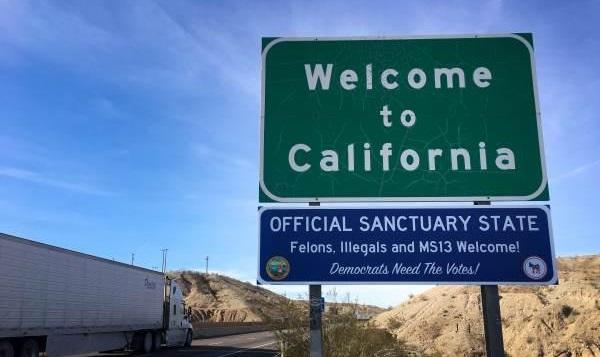 Trump has previously railed against sanctuary cities – while a January 2018 Executive Order to pull funding from the illegal-friendly cities was slapped with an immediate injunction that was upheld by the 9th circuit. The city of San Francisco argued that the executive order violated the Constitution by “effectively trying to commandeer state and local officials to enforce federal immigration law,” wrote the New York Times. The city estimated that it stood to lose over $1 billion in federal funding as a result of the EO, while nearby Santa Clara said it would lose around $1.7 billion – or more than a third of its revenue.