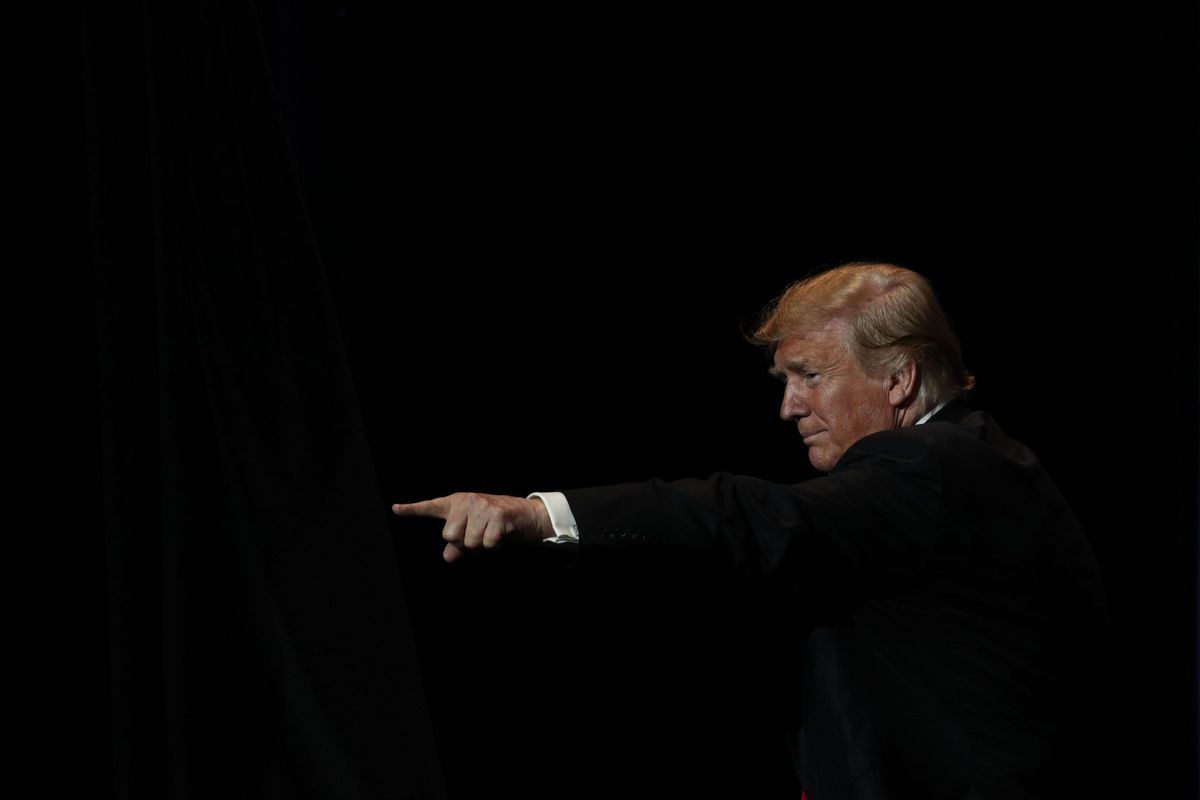 That message, expressed on Sunday via Twitter and a Fox News interview, will greatly increase tensions between Washington and Tehran.

Both countries remain locked in a weeks-long standoff after the Trump administration accused Iran of planning to attack Americans in the Middle East. Partly in response, Iran announced that it would stop abiding by parts of the 2015 Iran nuclear deal — which the US fully withdrew from last year — potentially putting it on the path to obtaining the bomb.

That’s ratcheted up fear in Washington that war between the two countries could be on the horizon. While that outcome remains highly unlikely, Trump made a few statements this weekend clarifying what might make him pull the trigger.

In a Sunday afternoon tweet, Trump said, “If Iran wants to fight, that will be the official end of Iran. Never threaten the United States again!” It’s unclear what prompted this tweet, but it came soon after a rocket landed near the US Embassy in Baghdad (there were no casualties and no one knows who shot it yet). He also didn’t specify what he considers to be a threat or a fight, but presumably his definition would include anything that puts American troops, diplomats, or private citizens at risk.

If Iran wants to fight, that will be the official end of Iran. Never threaten the United States again!

About six hours later, the president sat down with Fox News’s Steve Hilton for an interview, where he expressed his views on the Iran face-off. “I just don’t want them to have nuclear weapons, and they can’t be threatening us,” the president said. “I’m not somebody that wants to go into war, because war hurts economies, war kills people, most importantly.”

Put together, it seems like Trump has offered his clearest message to Iran yet: He doesn’t want a brutal war, but if he were to authorize an attack, he might do so if Iran seriously pursues a nuclear weapon or puts Americans in mortal danger.

There are two ways to look at this.

First, there’s the positive read, which is that Trump chose to articulate his views to provide certainty during a confusing time. Michael Singh, who ran Middle East policy in President George W. Bush’s National Security Council, tweeted last Wednesday his concerns about the “poor understanding each side has of the other’s intent and red lines.” Trump could now make the case that the Iranian regime knows exactly where he stands.

But there’s a negative read, too. Trump has repeatedly downplayed talk that his administration intends to go to war with Iran since the standoff began. Yet his Sunday comments, and the tweet specifically, show that he would consider bringing about the “official end of Iran” if it doesn’t do what he asks. With the chance misinterpretation of Iranian moves or miscalculation so high, it’s possible the crisis could end in a deadly confrontation.

It’s therefore unclear exactly how to receive Trump’s message. What is clear, though, is that Trump has used the make-big-threats playbook before — and it’s possible he thinks it will work in this case too.

Trump is using his North Korea strategy on Iran

In 2017, when it seemed the US and North Korea might go to war over Pyongyang’s nuclear and missile advances, Trump made two statements that stunned the world.

That August, he said that “North Korea best not make any more threats to the United States,” or “they will be met with fire and fury like the world has never seen.” The next month, he spoke at a United Nations annual gathering, and stated, “The United States has great strength and patience, but if it is forced to defend itself or its allies, we will have no choice but to totally destroy North Korea.”

Those pronouncements sound similar to what Trump just said about Iran. He announced what he didn’t want North Korea to do — and if Pyongyang did it, he said, the US would respond with overwhelming force.

In early 2018, North Korea stopped overtly threatening to attack America with its nuclear and missile programs, although it continued to enhance both. But the country mainly stopped testing its nuclear bombs and missile by late 2017 (other than two missile tests this month), and Trump seems to have taken that as a major victory.

As he told Fox News’s Hilton on Sunday about North Korea, “there were nuclear tests all the time, there were missiles going up all the time. Then we got along … [although] we went through a pretty rough rhetorical period.” That implies Trump has his 2017 North Korea strategy in mind when thinking about how to deal with Iran today, some experts say. However, they’re not sure it will work this time.

He said many versions of this about North Korea. He, personally, was bluffing. The problem is there are many ways war can happen anyway, and letting him think that “fire and fury” was somehow effective with North Korea (it wasn’t) encourages him to repeat it with Iran https://t.co/ygszD3fA7h

The question now is how Iran takes Trump’s statements, and some say history is not too encouraging. “To counterattack in response to pressure is a standard part of the Iranian playbook,” Suzanne Maloney, an Iran expert at the Brookings Institution in Washington, tweeted on May 6.

Which means that Trump just took a massive gamble. It could pay off — or end in disaster.