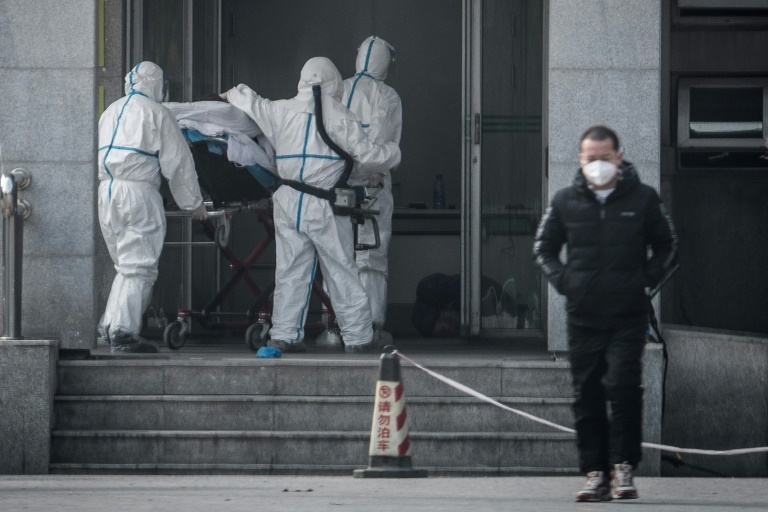 No human-to-human transmission has been confirmed so far, but authorities have previously said the possibility ‘cannot be excluded’.

Three people have died from the virus.

More than 200 cases of the new coronavirus, a SARS-like illness, have been reported throughout China.

MORE: 3 US airports will screen passengers from Chinese city for new virus

Three patients have died from the virus, which is in the same family as SARS, MERS and the common cold. Another eight patients are currently hospitalized in serious condition.

On Thursday, a case of the coronavirus was reported in Japan. The patient, a man in his 30s, had traveled to Wuhan but did not visit the large seafood market in the city, which has been linked to many of the reported cases. Another case outside of China was reported on Monday in Thailand, where a Chinese tourist from Wuhan was hospitalized on Jan. 8.

The novel virus is a new strain that has not previously been identified in humans. The seafood market was shut down and disinfected on Jan. 1, but new cases suggested that the risk of transmission is not over.

There is no “clear evidence of sustained human-to-human transmission,” since neither the patient in Japan nor the one in Thailand had visited the seafood market, according to the World Health Organization. However, health officials have not ruled out the possibility.

“There are indications that some limited person-to-person spread may have occurred,” the CDC said on Friday.

On Jan. 10, WHO published a range of interim guidance for all countries on how they can prepare for this virus including how to monitor for sick people, test samples and treat patients but did not recommend any restrictions on travel.

“Considering global travel patterns, additional cases in other countries are likely,” according to WHO.

In 2003, a six-month outbreak of SARS in southern China sickened more than 8,000 people and killed 774, according to the Centers for Disease Control and Prevention.