As the numbers of infected and dead soar exponentially, China has been forced to lock down cities and shutdown factories for the next several weeks. The outbreak of the coronavirus will likely damage first-quarter economic figures for the country, reported the Financial Times.

As of Monday, China’s coronavirus outbreak has so far infected about 3,000 people, where the death toll has climbed to 80 – giving the virus a roughly 5% mortality rate. (some say as high as 15%) 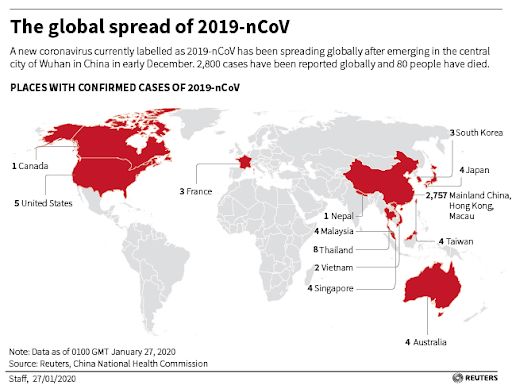 China has ordered several manufacturing hubs and other centers of the industry to remain closed for the next one to two weeks.

One of those manufacturing hubs is Suzhou, a city west of Shanghai has told millions of workers not to return for at least one week. The industrial region is home to the world’s largest factories, including iPhone contractor Foxconn, Johnson & Johnson, and Samsung Electronics.

The virus outbreak is occurring as an industrial slowdown has sparked one of the slowest growth rates in nearly three decades. This will be a significant challenge for President Xi Jinping amid fears of a hard landing.

Julian Evans-Pritchard, a senior China economist at Capital Economics, has suggested that “coronavirus makes a pronounced slowdown even more likely and if the disease is not brought under control quickly, then even our downbeat forecasts may turn out to be too high.”

Michael Pettis, a finance professor at Peking University and senior fellow at Carnegie-Tsinghua Center, said the economic impact depends on how coronavirus spreads throughout China.

Pettis said consumption is now under pressure as “people are not going out to restaurants and bars.”

A much larger problem in China is the shutdown of major parts of its economy, and those impacts will soon be felt globally. China is the growth engine for many economies of the world — this is a shock that could tilt the world into a prolonged slowdown.

We noted last week that the World Economic Forum (WEF) President Borge Brende warned that the world is “faced with a synchronized slowdown in the global economy. And we’re also faced with a situation where the ammunition that we have to fight a potential global recession is more limited.”

Brende suggested the global economy could be entering a period of vulnerability where external shocks could trigger a global recession. The shutdown of major industrial hubs in China and collapsing consumption by Chinese consumers could certainly be a shock that will shortly impact the global economy.

Bloomberg macro strategist Mark Cudmore suggests the outbreak in China could be a ‘black swan’ event exposing the fragilities, and vulnerability, of financial markets that long ago de-tethered from any fundamental underpinning. 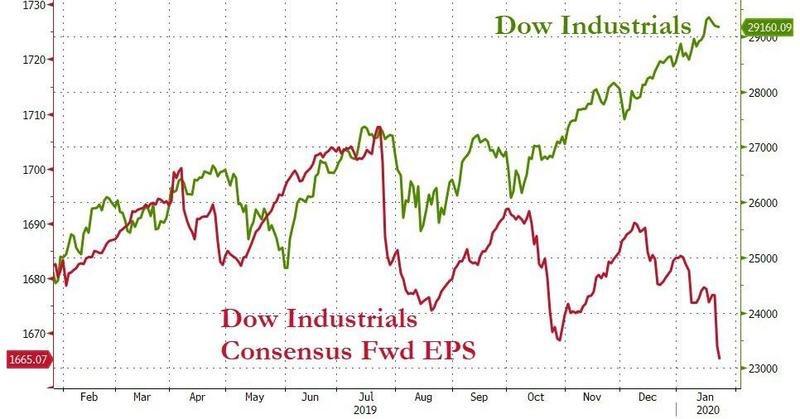 Interestingly most epidemics were a buying opportunity for bulls… 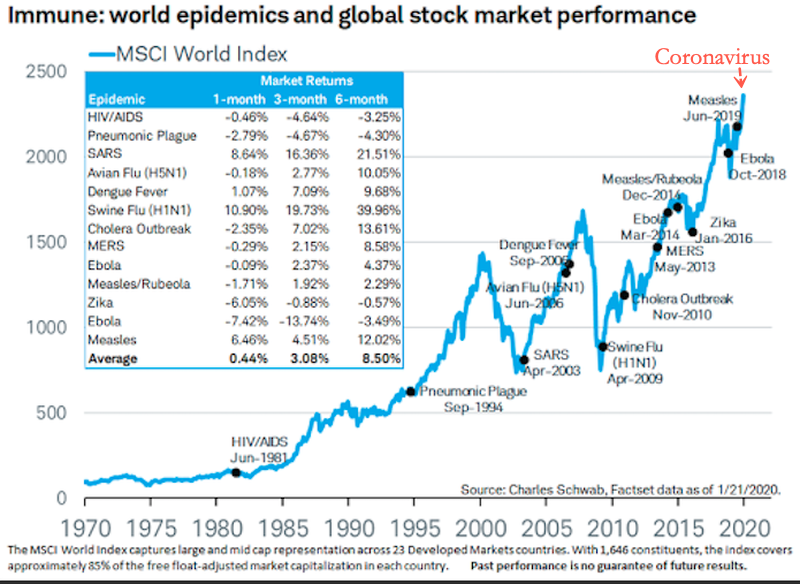 But given the level of excess-liquidity and extreme over-valuation today, this time could indeed be different.