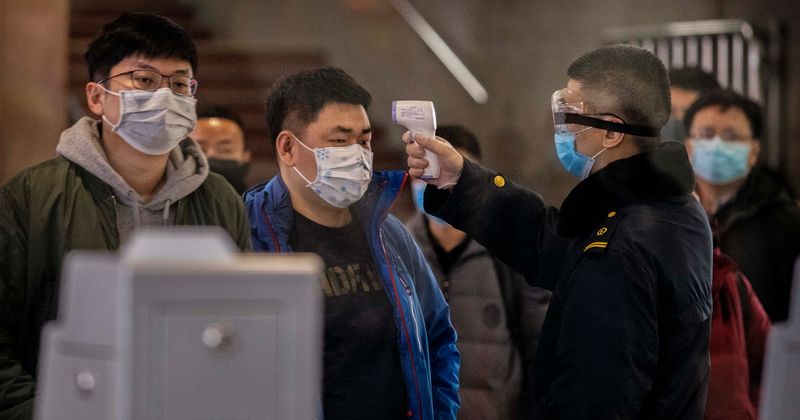 The Washington examiner reports that; a Chinese media outlet covering the deadly coronavirus in the country has raised suspicion about the actual death toll of the illness after local doctors said they have been cremating victims of the disease in secret.

As the official death toll in China eclipsed 170 on Thursday, Hong Kong–based digital outlet Initium Media published an article interviewing doctors who said they were sending dead victims of the virus to be cremated.

Republican Sen. Tom Cotton called for a travel ban to and from China last week and said Thursday that the Chinese government could be lying about the epicenter of the outbreak.

“I would note that Wuhan has China’s only biosafety level-four super laboratory that works with the world’s most deadly pathogens to include, yes, coronavirus,” Cotton said.

Yang said, “There are reasons to remain skeptical about what #China has been sharing with the world because while they have been more transparent about certain things related to the virus, they continue to be sketchy and unreliable in other aspects.”

Officials with the Centers for Disease Control and Prevention have attempted to mitigate panic, claiming the risk to the American public is “very low.”

Mark Woolhouse, professor of infectious diseases at the University of Edinburgh, said managing fear surrounding the mystery illness can be a difficult task that sometimes leads to “draconian measures.”

China is cremating bodies in secret and lying about the official coronavirus death toll, according to a disturbing new report that has raised suspicions about the gravity of the situation saying the reported numbers are “way too low”.

“Also, one thing that #China is hiding is the number of death caused by the virus,” Deutsche Welle reporter William Yang tweeted. “Credible Chinese media outlet @initiumnews interviewed people working at local cremation centers, confirming that many dead bodies were sent directly from the hospitals to the cremation centers…”

As the official death toll from coronavirus in China skyrocketed to 170 — with a staggering 7,711 cases reported on Thursday — Hong Kong-based outlet Initium Media published an article interviewing doctors who claimed they were sending dead victims of the virus to be cremated, the Washington Examiner reports.

People working at local cremation centers in Wuhan reportedly said the bodies of victims were being sent for cremation directly from hospitals without being properly identified and added to the official record.

According to Republican Sen. Tom Cotton, the Chinese government could be lying about the epicenter of the outbreak. Considering, he called for a complete travel ban to and from China last week.

“I would note that Wuhan also has China’s only biosafety level four super laboratory that works with the world’s most deadly pathogens to include, yes, coronavirus,” Cotton said.

Meanwhile, Yang noted there were “reasons to remain skeptical about what #China has been sharing with the world because while they have been more transparent about certain things related to the virus, they continue to be sketchy and unreliable in other aspects.”

However, officials with the Centers for Disease Control and Prevention (CDC) have claimed the risk to the American public is “very low” in an attempt to mitigate panic.

A report by The Guardian last week claimed Chinese hospitals were not testing patients for the deadly virus, and that at least one family was pressured into a cremation.

The family revealed how two doctors told them the patient had likely contracted coronavirus. However, they provided no official documentation to support their diagnosis.

Furthermore, there are multiple stories of medics in Wuhan failing to treat patients who were showing clear signs of the disease.

A Shanghai architect, Kyle Hui, recently took to social media after the death of his stepmother. Speaking to The New York Times, Kyle Hui revealed that doctors wearing hazmat suits refused to test his stepmother for the virus despite her showing the correct symptoms associated with the illness.

Hui’s stepmother subsequently died on January 15, with the devastated son arguing how her death certificate stated “severe pneumonia” as the official cause of death rather than coronavirus.

As a result, she was recorded as one of the official victims of the highly contagious virus. But despite this, doctors allegedly told Hui to cremate his stepmother’s body because they suspected she had the bug.

Last week, a nurse who is currently treating the sick in Wuhan shared a video claiming the coronavirus has already infected 90,000 people. She is seen in the video wearing a protective suit and face mask, claiming that this was the actual number — way more than the figures government officials were citing.

“I’m in the area where the coronavirus started. I’m here to tell the truth,” the unnamed woman says in the footage. “At this moment, Hubei province, including the Wuhan area, even China, 90,000 people have been infected by coronavirus.”

“I would like to say that everyone who is currently watching this video should not go outside,” she advised. “Don’t party. Do not eat out. Once a year, we celebrate Chinese New Year. If you are safe now, you will be able to meet your family again healthy next year.”

The nurse then made a desperate plea for supplies to the outside world.

“We don’t care what the government says. I will tell you through social media. Everyone, please donate masks, glasses, and clothes to Wuhan,” she begged. ”