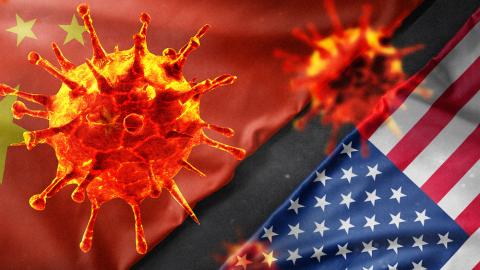 At the CSS You Tube and our Megaphone site, I have recently done a series of recent podcasts in which I made it clear that the public, without verifiable data, should trust nobody and their Coronavirus analysis.

This entire process has been politicised and is filled with unscientific propaganda.

The administration’s entire focus is on the preserving the current economic gains. The Democrats behavior has been what one would expect. Their view towards human life could best be described as one of depraved indifference. I frequently ask a question of my guests: “What would the Democrats NOT do to get elected?”

The answer I always here is, “There is NOTHING that the Democrats won’t do!” This means that they do not care how many innocent people would have to die to advance their agenda. Were you aware that Pelosi even tried to “sneak” in a federally funded set of abortions into the Coronavirus stimulus bill?

Initially, Trump wanted to jump start the manufacture of critical, life-saving medications here in the United States so China could not effectively blackmail the United States. Schumer and Pelosi, no friend of the American people, initially opposed this attempted life-saving practice. Again, key Democrats would stop at nothing to gain a political advantage even if it costs you your life.

With all the confusion and blatant misinformation surrounding the true nature of the present pandemic, I asked Mike Adams to appear on my show and we would try to make sense out of all the disinformation that the American people are being inundated with.

Mike Adams and myself are both trained researchers. Before retiring, I had previously taught research and statistics at the college and university level for years, having written two course in statistics. Mike has had decades of experience field testing products, treatments, etc. He is an expert in the so-called “scientific method”. In the following interview, Mike Adams and myself combined forces to take both a micro and a macro look at the present Coronavirus crisis.

Mike Adams has also developed Coronavirus software which accurately predicts the spread of the virus when the appropriate variables are plugged in. And I promise, Mike and myself make the complicated simple and easy to understand.

This is an interview where Mike Adams and myself separate fact from fiction and provide the most-up-to-date analysis of what exactly the American people and the world are facing and in the process of the interview, we will answer several key and controversial questions

This proactive interview can be accessed by clicking here.

One thought on “Mike Adams and Dave Hodges: Coronavirus Threat — Fact From Fiction”