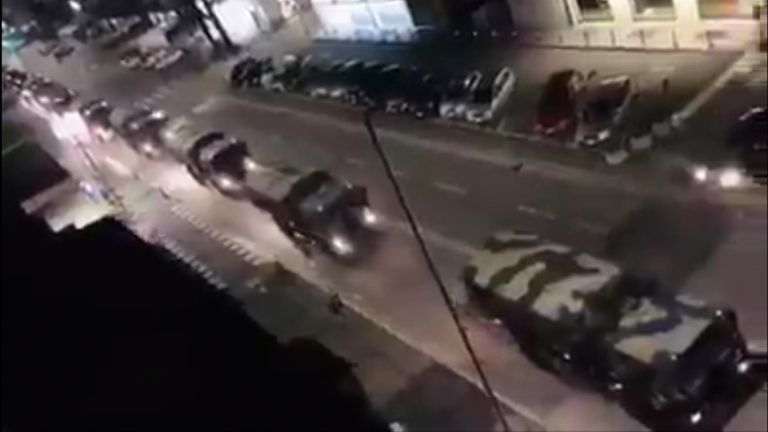 Image: Italian army trucks in Bergamo to transport bodies out of the city

At least 93 people have died after testing positive for coronavirus in the north Italian city.

The Italian city of Bergamo, one of the worst-hit by the coronavirus outbreak, is having to transport its dead out of the city as its crematorium is struggling to cope.

Army vehicles have been brought in to move dozens of coffins from Bergamo to other regions, according to Ansa news agency.

The wealthy city, northeast of Milan in Italy’s Lombardy region, has recorded at least 93 coronavirus-related deaths as cases continue to grow relentlessly each day.

The mayor of Bergamo, Giorgio Gori, said the true number of related deaths could be higher as many people with COVID-19 symptoms had died before being tested.

“The crematorium of Bergamo, working at full capacity, 24 hours a day, can cremate 25 dead”, said a spokesperson for the local authority.

“It is clear that it could not stand up to the numbers of the past few days.”

Coffins are now being taken to crematoriums in Modena, Acqui Terme, Domodossola, Parma, Piacenza and several other cities.

Once the bodies have been cremated, the ashes will be brought back to Bergamo.

Reuters journalists witnessed two funerals per hour, over a period of six hours, on Monday.

Many of the deceased were unable to have funerals as the demand is too high, and instead they were taken to a chapel inside a church within the cemetery.

Coffins have already filled up two hospital mortuaries and a cemetery morgue.

Relatives have been allowed to enter the cemetery to pay their respects, but only in limited numbers and with the recommended amount of distance between each other to prevent the spread of the virus.

Meanwhile, the local newspaper’s daily obituary section has increased from two or three pages to 10.

The latest developments around the world:

Earlier this month, a doctor working in a Bergamo hospital issued a stark warning that the “message of the danger of what is happening” was not reaching people.

In a Facebook post, Dr Daniele Macchini said: “The situation is now nothing short of dramatic. No other words come to mind.

“The war has literally exploded and the battles are uninterrupted day and night.” 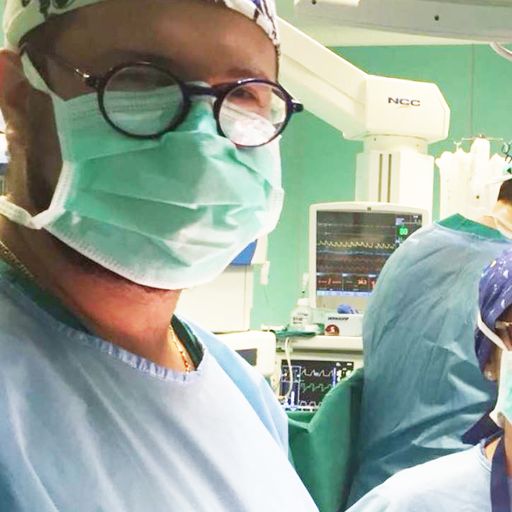 Italy is the hardest-hit nation outside China, with Lombardy its worst-affected region.

The country has been on total lockdown since 9 March, yet experts say the peak of the spread in Italy may not arrive until mid-April in the north.

There has been a glimmer of hope in the small town of Vo, where there has been a trial of blanket testing and imposing strict quarantines on those infected and their contacts.

The mayor of Vo, near Venice, said the town of 3,300 residents had not registered any new cases since Friday.

“Testing was vital, it has saved many lives,” mayor Giuliano Martini was quoted by the country’s media.