Australian life is set to change dramatically from today with a visit to the pub or gym a thing of the past, but it’s not enough.

Victoria Craw@Victoria_Craw
news.com.au
MARCH 23, 20206:06AM
Social distancing is the ‘biggest weapon’ in the fight against COVID-19
Many businesses across the nation will be forced to close from midday Monday as the government announces drastic new measures to curb the spread of coronavirus, with the prime…

Life in Australia will change drastically from today due to dramatic measures introduced to stop the spread of coronavirus.

However some say the Prime Minister is still not going far enough, with calls for more action to stop the potentially deadly infection spreading and reports of discord among state premiers.

Prime Minister Scott Morrison announced a host of dramatic changes on Sunday evening that will take effect on Monday 23 March at midday.

It came after a meeting of state and territory premiers and chief ministers who agreed to enhance social distancing measures after Australians appeared not to be taking them seriously enough.

“Practising good hygiene and keeping a healthy physical distance between individuals is our most powerful weapon in fighting this virus and saving lives. The failure of some businesses and members of the public to do this puts people’s lives at risk,” the PM said.

MORE: What is included in the PM’s ban?

The Prime Minister’s office maintained the decisions made were by consensus with state leaders, however a report in The Australian claims the PM “walked the states back” from pushing for a further shutdowns.

“All leaders signed up to the national cabinet for a reason. It was meant to provide a unified position on a national crisis. Instead the premiers wet the bed and went it alone,” Simon Benson wrote in The Australian about earlier announcements from NSW and VIC premiers.

The ban on pubs could last for six months, the PM said. Pictured, a group of friends having drinks in Brisbane earlier this month. Picture: Steve PohlnerSource:News Corp Australia

‘STAGE ONE’ RESTRICTIONS IN PLACE

From today “stage one” restrictions will be introduced and will be reviewed on a monthly basis. They are expected to last for at least six months but could be escalated before that time in accordance with public health advice.

Restaurants and cafes will be restricted to takeaway and/or home delivery. Religious gatherings, places of worship or funerals must be held in very small groups where the one person every four square metres rule applies.

The restrictions do not apply to isolated remote community hubs.

Further closures of other facilities could be considered under “stage 2 restrictions” which have not yet been announced.

“We will be living with this virus for at least six months, so social distancing measures to slow this virus down must be sustainable for at least that long to protect Australian lives, allow Australia to keep functioning and keep Australians in jobs,” Mr Morrison said.

“We need every Australian to do their bit to save the lives of other Australians.”

There are more than 1354 cases of coronavirus confirmed in Australia so far with seven deaths.

Online, Australians noted their confusion at shutting down pubs and clubs but leaving shopping centres and supermarkets open, calling for the Prime Minister to “shut Australia down” to stop the pandemic taking hold. 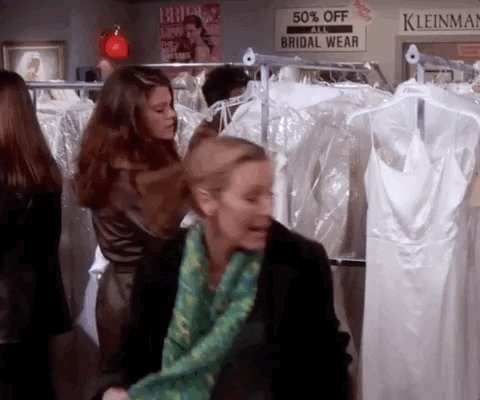 this is getting ridiculous. we don’t need a phase one. what we need is to stop the spread of this virus and that’s by shutting everything down and isolating everyone to their homes. stop waiting until it’s too late. #ShutAustraliaDown

How do you ban gatherings of 100+ people but refuse to shut down shopping centres and schools when other countries have successfully done so? How many lives need to be taken before scomo enforces preventative measure to ensure COVID-19 doesn’t spread further? #ShutAustraliaDown

People are seen stocking up as pubs are set to close from Monday. Picture: Matrix.Source:Matrix

Cafes and restaurants will be shuttered too as Australia seeks to limit the virus spread. Picture: Matrix.Source:Matrix

Some states have already announced their own measures with the New South Wales, Victoria and ACT state governments moving to a more comprehensive shutdown that will see non-essential services closed in the next 48 hours.

The government could also consider locking down “red zones” as it has in Wuhan and parts of Northern Italy. State leaders are due to provide more detail to their residents today.

The additional restrictions come on top of bans on social gatherings of more than 500 people outside and 100 people inside that are already in place.

People are being advised to avoid non-essential travel and keep 1.5 metres between themselves and others. Restrictions on entering aged care homes have also been introduced.

‘RIP THE BANDAID OFF’

“Leaders agreed that we cannot see children lose an entire year of their education as a result of school closures caused by COVID-19,” he said.

Many online vented their confusion about closing facilities but leaving schools open which could still see the virus spread.

This announcement makes no sense. Schools stay open. But you can keep children at home. Sure, let me teach my classes and then set up work for the students who don’t come to school whilst also enforcing social distancing.

It’s a joke, what is the difference between going to church or pub with 50 odd people but teachers are supposed to teach 30 children in a class and play with 600 other students at play time etc.

Mrs Morrison come and collect your son, he’s embarrassing himself and all of Australia #scomo #Covid_19australia #auspol

According to Australia’s Chief Medical Officer there is no evidence that kids can spread Coronavirus. Not a medical expert, but I’m pretty sure kids are still the same species as adults?

Won’t close schools because young people aren’t as likely to die. You’re forgetting some of us have immune disorders, intense asthma and live with older people. #Scomovirus #australia #shutdownaustralia #scomo

Australia doesn’t need a stage one. It is irresponsible to prolong this. Kids ARE super spreaders, of everything! Hairdressers and shopping centres are NOT ESSENTIAL. Social distancing can’t be achieved in these venues, just rip the band-aid off #ScoMo.#ShutAustraliaDown

Schools are expected to remain open until the Easter break and all leaders have committed to re-open schools at the end of the break, Mr Morrison said.

“If parents choose to keep their children home from school, parents must be responsible for the conduct of the children and to ensure they adhere to the social distancing arrangements in place,” he warned.

“Parents must be aware that while the majority of adults who contract COVID-19 have mild forms of the virus, the elderly or those with comorbidities can have more significant symptoms.”

Despite the PM’s warning, schools in ACT and Victoria will close on Tuesday.