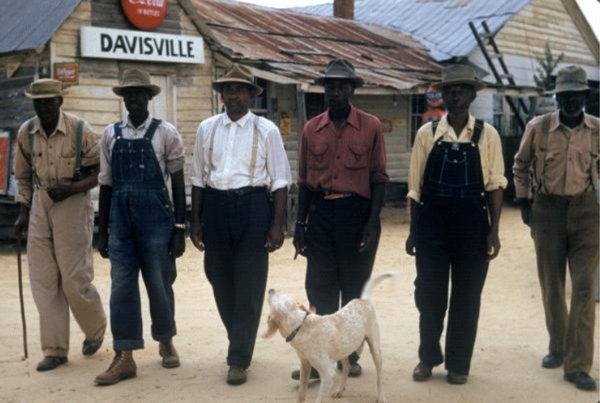 For the record, the Coronavirus is deadly and highly contagious and we should take precautions. However, the problem, as bad as it is, is being grossly over-exaggerated in order to collapse America.

This article, in part one, exposes the first of the parts of this plot.

An acquaintance contacted me this morning and repeated a story that I have heard in recent times, the Coronavirus figures are being artificially inflated. Before I share this blockbuster revelation, it is first necessary to review a couple of examples where the U.S government demonstrated depraved indifference toward the health, welfare and well-being of the government sponsored experiments, often conducted in secret so as to disguise the harmful nature of the studies.

One of the worst secret experiments done on Americans was the “Tuskegee Study of Untreated Syphillis for the Negro Male” in which hundreds of poor, black men signed up the study based in guaranteed entitlements. Some of the black men thought they were being treated for rheumatism. The me were promised free meals, free physicals and free burial insurance, which some them definitely needed since many died as a result of the experiment.

What the signs never told them was they would become part of this heinous, illegal and deadly secret experiment conducted by the U.S. Public Health Service to study the progression of the deadly venereal disease and treatment was purposely withheld.

The study recruited 600 black men, of which 399 were diagnosed with syphilis and 201 were a control group (without the disease). The researchers never obtained informed consent from the men and never told the men with syphilis that they were not being treated but were simply being watched until they died and their bodies examined for ravages of the disease.

Tuskegee, as bad as it was, may not top the radiation experiments conducted on U.S. citizens following World War II.

During the Manhattan Project, which gave way to the atomic bomb that destroyed Hiroshima and Nagasaki, U.S. scientists resorted to secret human testing via plutonium injection on 18 unsuspecting, non-consenting patients.This included injecting soldiers with micrograms of plutonium for Project Oak Ridge along with later injecting three patients at a Chicago hospital and the government put weapons-grade plutonium in their blood.

Out of the 18 patients, who were known only by their code-names and numbers at the time, only 5 lived longer than 20 years after injection. Along with plutonium, researchers also had fun with uranium. At a Massachusetts hospital, between 1946 and 1947, Dr. William Sweet injected 11 patients with uranium. He was funded by the Manhattan Project.

Other experiments of an equally heinous nature have been conducted on the American people by the US government.

Now that we have established the precedent with these representative samples of illegal and deadly testing on American citizens, let’s take a look at the following claims made by a doctor from New York and a surgical nurse on the West coast.

As fate would have it, I have information from a New York City doctor and a surgical nurse on the West coast. Revealing their identities could prove dangerous. At the minimum the consequences could include the stripping of their medical licenses.

The issue at hand is the standard death certificate. These two revelations seem to indicate a plot, of an unknown depth, in which the incidence of Coronavirus deaths are being greatly exaggerated. For example, the doctor had a diabetes patient in which they died from kidney failure. Howeve,r the cause of death was changed to Coronavirus. In fact, most of the deaths in this hospital have ben due to natural means. However, the real cause of death is being replaced with Coronavirus being listed as the cause. The surgical nurse told me the same and she said the CDC is putting pressure on hospital administrators to “error on the side of caution” when reporting the cause of death for a hospitalized patient

It is my hope that by printing this information, that this will encourage medical professionals to come forward with their stories of over inflating the numbers of deaths caused by the Coronavirus.

After looking into this in more detail, I have concluded the numbers are being artificially inflated as an excuse to keep America under quarantine for much longer that necessary. I have evidence of this attitude in the mainstream media and the actions of local Democratic Party officials validate this concern. In the morning, I am releasing information which ties together all these points. As  will make the case for in Part Two, the goal is to destroy the economy through a prolonged shutdown, stop the re-election of Trump and plunge the nation into a civil war. This will all be exposed in Part Two.

This just came in from the Blaze:

They believe the projections are ‘deeply flawed’

A pair of public health experts from Stanford, Drs. Eran Bendavid and Jay Bhattacharya, warn Americans in a Wall Street Journal editorial that the current estimates about the coronavirus’ fatality rate may be too high by “orders of magnitude.”

According to Bendavid and Bhattacharya, both of whom are medical doctors, while they are supportive of social distancing guidelines and efforts to contain the disease, they fear that orders to shut down the entire economy may be based on shoddy research data.

Death toll projects may be ‘orders of magnitude too high’

“If it’s true that the novel coronavirus would kill millions without shelter-in-place orders and quarantines, then the extraordinary measures being carried out in cities and states around the country are surely justified,” they wrote. “But,” and what a big one it is, they add, “there’s little evidence to confirm that premise — and projections of the death toll could plausibly be orders of magnitude too high.”

The two submit that because the United States and other countries largely focus their testing on symptomatic patients, the number of people who are infected with COVID-19 is likely much larger than the number of confirmed cases being reported by public health agencies throughout the country, which means the virus’ mortality rate is likely significantly lower.

“Fear of Covid-19 is based on its high estimated case fatality rate — 2% to 4% of people with confirmed Covid-19 have died, according to the World Health Organization and others,” wrote Bendavid and Bhattacharya. “So if 100 million Americans ultimately get the disease, 2 million to 4 million could die. We believe that estimate is deeply flawed.
The true fatality rate is the portion of those infected who die, not the deaths from identified positive cases.”

How did they predict this?

The two professors argue that the best evidence of the coronavirus death rate being significantly lower than what is being reported may lie in the Italian town of Vò. On March 6, the town’s 3,300 residents were tested.

Of these, 90 tests came back positive, indicating a prevalence of 2.7% of the population having the virus.

If one were to apply this to the entire province where the town is located, which has a population of 955,000, it would mean there were actually 26,000 infections at the time, and not just the 198 that were officially confirmed. This would be 130 times greater than the number of reported cases. Since Italy’s case fatality rate of 8% is estimated using the confirmed cases, Bendavid and Bhattacharya write, “the real fatality rate [of the virus] could in fact be closer to 0.06%.”

A ’cause for optimism’?

The two Stanford Health Policy experts even said the virus’ mortality rate might be on par with that of the seasonal flu:

Existing evidence suggests that the virus is highly transmissible and that the number of infections doubles roughly every three days. An epidemic seed on Jan. 1 implies that by March 9 about six million people in the U.S. would have been infected. As of March 23, according to the Centers for Disease Control and Prevention, there were 499 Covid-19 deaths in the U.S. If our surmise of six million cases is accurate, that’s a mortality rate of 0.01%, assuming a two week lag between infection and death. This is one-tenth of the flu mortality rate of 0.1%. Such a low death rate would be cause for optimism.

A universal lockdown ‘may not be worth the costs’

Bendavid and Bhattacharya say that if they are right about the lower lethality of the epidemic, public policy experts should focus their measures on protecting the elderly and expanding medical capacity.

“Hospital resources will need to be reallocated to care for the critically ill patients. Triage will need to improve. And policy makers will need to focus on reducing risks for older adults and people with underlying medical conditions.”

The pair conclude that if their estimates are right, then the universal quarantine measures “may not be worth the costs it imposes on the economy, community, and individual mental and physical health.”

“We should undertake immediate steps to evaluate the empirical basis of the current lockdowns,” they added.