Story submitted to All News Pipeline by Robert Kirk

When I read Lloyd Marcus’ American Thinker article on April 7th where he stated “Some folks fear that Trump is being manipulated by his health experts. I think not” – I wanted to agree. But then I read Edvard Jorgensen’s article in American Thinker, “Trump’s Swedish Gambit Against Virus Checkmate” which provided insight, from this former prosecutor’s point of view, as to what is happening on the level of human fear and frailty.

In his article Jorgensen states in part: “… In New York [Trump] is also known as our #1 germaphobe. Twenty-five years ago, a real-estate colleague invited me to a lunch with Trump, but cautioned, as lunch ended, ‘don’t try to shake his hand. He is a total germaphobe.’ Sure enough, even though pleasant and eager to chat, Trump’s hand remained at his side, and I quickly withdrew mine!”

Jorgensen also made note of Trump’s statement in Trump’s third book: “One of the curses of society is the simple act of shaking hands.”

It was only in recent days, even as evidence has come forth that the mortality rate for Corona Virus may likely be no worse than a bad flu season that Trump stated at one of the Task Force Briefings: “The next two weeks are going to be very, very deadly …. We are really coming up into a time’s that’s going to be very horrendous.” 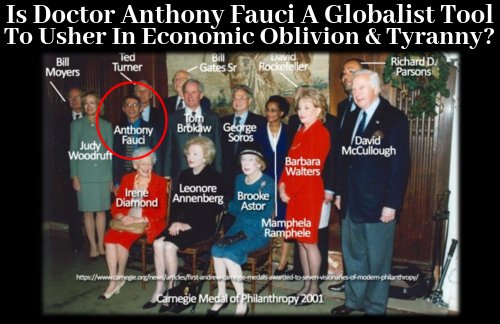 Trump speaks reverently about Doctor Anthony Fauci despite recent absurd statements by Fauci that the shut-down cannot end until there are zero new Covid-19 cases further describing the economic suffering from Fauci’s recommended national stay-at home order as “inconvenient” but something “we just have to do.”

Then at a recent press briefing Fauci made the further outlandish statement that the economic shut-down cannot end until a vaccine for Covid-19 is developed and released to the public.

This despite the fact that Fauci, who was leading the fight against AIDS/HIV over thirty years ago made no pronouncements that the economy should be shut down until we had developed a vaccine for AIDS – which vaccine, by the way, has not been developed to this day.

Fauci did not recommend business shut-down and social distancing for any past pandemic including 1980s AIDS/HIV and the Swine flu Pandemic from 10 years ago when Fauci advised a different president, Barrack Obama.

Yet Trump reverently stands at the podium with nary a word of criticism for the great Wizard of Germology and his handmaiden, the soft spoken lady with the lovely scarf who helps Fauci sweet talk us all into economic oblivion.

It would appear Trump is having the flames of his paranoid germ fears fanned by the incompetent and self-interested Doctor Fauci.

We need to focus our prayers asking God to open the President’s eyes to the foolishness of the destructive advice of his so called “experts” and to bring competent advisors around him who will help steer the ship of state away from the rocks of hysteria and into the calm waters of economic, mental and physical health.

Tin foil hat stuff that the powers that be would be playing on Trump’s fears over handshaking to push him into an untenable political situation?

Interesting that Doctor Anthony Fauci recently stated that Americans should never shake hands again to prevent the spread of Coronavirus and other diseases. 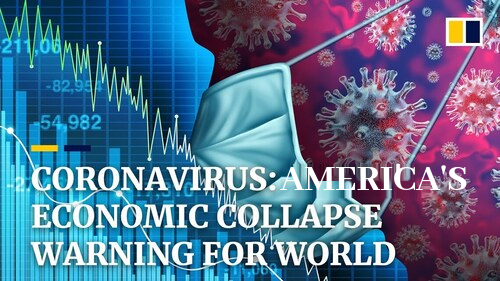 We’ve seen this bad movie before. 1988 – George H.W. Bush, “Read my lips, ‘No new taxes.’” 2008 – John McCain suspends his campaign and rushes back to Washington D.C. to breathlessly announce that the “Maverick” was actually fully in favor of bailing out the corrupt scoundrels that had burst the real estate bubble and was plunging the nation into recession.

Now the Nation is falling, not into a recession, but towards the next Great Depression. Yes, they played on Trump’s fears and he took the bait by going along with and then extending the shut-down.

If Trump had stood against it, of course Pelosi et al would have launched yet another impeachment proceeding but like the last one and the Russian Collusion myth, that current iteration of impeachment would also have failed because of false data. That would have further empowered Trump’s base.

Instead we are left with what Angelo Codevilla presciently described in his recent American Greatness article. Trump is now “…perceived to be siding with the rulers against the ruled … Trump has placed himself on a path that the fundamentals suggest lead to political suicide. He did this by surrendering to the ruling class – Drs. Anthony Fauci, Deborah Birx, et al, not to mention house Speaker Nancy Pelosi (D-Calif) – his judgement on whether and for how long, and how the country should be shut down.”

If Trump, in short order, does not again start speaking truth to power, if he is perceived by those who support him as siding with the ruling class, history foretells that he will not be re-elected this November.

Don’t be delusional about the economic recovery

Robert Kirk, a retired Prosecutor, suffers from a rare malady that only afflicts a tiny percentage of his fellow Californians – common sense conservative thought. To contact go to: www.alienanthro.com

One thought on “Doctor Anthony Fauci: Globalist Puppet Bringing Tyranny to the USA”