While the argument continues to rage on whether covid-19 is a manmade bioweapon or not with top intel agencies recently ruling out the virus being created in a lab while President Trump himself hinted he has evidence that it was, Steve Quayle recently linked to an incredibly important ‘flashback story’ on his website which, while not outright confirming the bioweapon theory, definitely gives more credibility to it.

With that story coming to us from the New York Times archive and dated April 5th of 1999, the story warned that China had already suffered serious accidents at their top-secret weapons facilities that create bioweapons, causing two epidemics, and hinting that an escaped or intentionally released bioweapon in 2020 isn’t that far out of the realm of possibility, especially with the virus ‘conveniently’ pushing nearly all of the globalists agendas.

And as the Activist Post points out in this new story, over the past 20 years, there have been at least 9 simulations, drills and laws passed that both planned and prepared for the kind of scenario we’re witnessing now with covid-19 as gone into in detail in the final video at the bottom of this story from videographer The Zolna Report.

With some state governor’s, such as Gavin Newsom in California and Gretchen Whitmer in Michigan, wasting no time at all to turn this crisis into an opportunity to lock down their states and impose tyranny, and Christians and churches across America under heavy-handed attacks, what if covid-19 actually is a ‘weapon’ of the globalists to install tyranny all across the planet as was recently hinted at by billionaire Elon Musk as was reported in this Infowars story? From Infowars.:

Tech billionaire Elon Musk changed his Twitter avatar to the box art of a 20-year-old video game that took place in a dystopian future that at the time seemed like pure science fiction, but now is looking disturbingly prophetic.

The game, titled ‘Deus Ex,’ had a plot that centered around a man-made virus used to control the population and an international elite that used an empowered China alongside a crippled America to further their agenda, all while exploring themes of transhumanism, mass surveillance, and the destruction of local powers and individual freedom.

To be blunt, the game simply couldn’t be made today.

Elon Musk’s avatar change was around the same time of him calling out the inflated death counts of ‘corona.’ Remember, the game’s plot revolves around a man-made virus being instrumental to keep the masses in check.

Towards the end of the game, the hero tells the antagonist (ironically, a tech billionaire) that he is able to mass-produce a cure to save billions.

“A cure? A cure! Do you have any idea how easy it will be for me to make a new virus? All I have to do is find a very large prime number and multiply.” – Deus Ex villain Bob Page.

With ‘enemies of freedom and America within’ also able to manufacture new deadly viruses with frequency in their labs around the world, as we’d warned within this April 25th ANP story, there are “Nefarious Signs Covid-19 Is Being Used To Initiate The Overthrow Of Nations With Americans & The World Victims Of The Luciferians Most Sinister ‘Social Engineering’ Experiments”.

So as we’ll explore within the rest of this story, with some arguing that all of these lockdowns that could go on for 2 years are being used to condition people to simply ‘forget’ what freedom is, EVERYTHING is on the line now in America with the US Constitution and the 1st and 2nd Amendment’s absolutely ‘essential’ but those who were unable to impeach President Trump using this pandemic lockdown in an attempt to take them away.

(PLEASE HELP SUPPORT ANP: With Independent Media being censored on almost every internet platform, reader donations are what keeps websites like ANP up and running. Your donations are greatly appreciated. Thank you, Stefan & Susan.)

With many now warning that society won’t return to ‘normal’ until a vaccine is developed or Americans build up ‘heard immunity’, something that one political scientist from Johns Hopkins University recently warned will take 2 million American deaths to accomplish, and now warnings that this pandemic could last for 2 years or more, as we’ve warned numerous times on ANP, more people could die from starvation in America than covid-19 the way that we’re now going.

And with some now warning that the globalists will use this crisis as an opportunity to usher in complete tyranny and a global government, as Mike Adams warned in this Natural News story all the way back in February, this pandemic helps the globalists to achieve many of their sinister agendas including mass surveillance, potential micro-chipping the population, vaccinations, depopulation and authoritarian government.

So before we continue, let’s take a look back at an excerpt from this April 1999 story at the NY Times which warned us long ago of something sinister going on in China.

The most senior defector from the Soviet germ-warfare program says in a new book that Soviet officials concluded that China had suffered a serious accident at one of its secret plants for developing biological weapons, causing two major epidemics.

The book also reports that Soviet researchers tried to turn HIV, the virus that causes AIDS, into a weaponand that even as the last Soviet president, Mikhail Gorbachev, pursued peace openings with the West, he ordered a vast expansion of the deadly effort to turn germs and viruses into weapons of mass destruction.

The defector, Kanatjan Alibekov, now known as Ken Alibek, says in the book that as deputy director of a top branch of the Soviet program, he knew of the disaster in China because he saw secret Soviet intelligence reports twice a month. Spy satellites peering down at China found what seemed to be a large biological-weapons laboratory and plant near a remote site for testing nuclear warheads, he wrote.

Intelligence agents then found evidence that two epidemics of hemorrhagic fever swept the region in the late 1980s.

The area had never previously known such diseases, which cause profuse bleeding and death.

“Our analysts,” Alibek said, “concluded that they were caused by an accident in a lab where Chinese scientists were weaponizing viral diseases.” Viral scourges that cause intense bleeding include Marburg fever and the dreaded Ebola virus. Both are endemic to Africa.

With the scientist who actually discovered HIV having warned that covid-19 could have only been created in a lab while warning that Wuhan was the likely origin of it but that it could have been created elsewhere and ‘leaked’ into Wuhan’s population, the eagerness with which some politicians, particularly Democratic governors, are using this crisis as an opportunity to take away their own citizens rights is absolutely alarming. 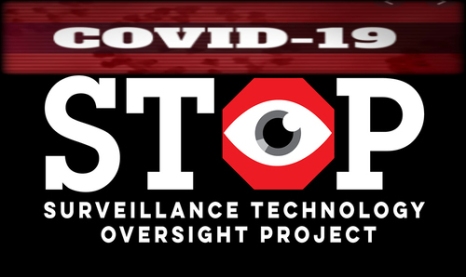 Yet as plot line of the video game ‘Deus Ex‘ centered upon, a virus created by a top-secret group of ‘elite’ intent upon dominating and subjugating a population was being used to do just so and the mass surveillance and destruction of individual freedom clearly a despot’s dream come true though it goes without saying, with the US Constitution and the 1st and 2nd Amendment’s and over 400 million guns across America, any ‘dictator wannabe’ is going to have an awful lot of work to do to complete their take-down of America, pandemic or not.

And whether or not this virus was all-natural, simply leaked out of a lab or was designed and created for exactly what we’re now witnessing, even this recent Daily Mail story warned we’re definitely not getting the entire truth and seriously, who’d believe China except for many Democrats and the mainstream media?

China lied about the human-to-human transmission of coronavirus, made whistle-blowers disappear and refused to help nations develop a vaccine, a leaked intelligence dossier reveals.

The 15-page document drawn up by the Five Eyes security alliance brands Beijing’s secrecy over the pandemic an ‘assault on international transparency’ and points to cover-up tactics deployed by the regime.

It claims that the Chinese government silenced its most vocal critics and scrubbed any online scepticism about its handling of the health emergency from the internet. China has roundly come under fire for suppressing the scale of its early outbreak which did not afford other nations time to react before the disease hit their shores.

Five Eyes – the pooling of intelligence by the US, UK, Canada, Australia and New Zealand – laid bare its scathing assessment of the Xi Jinping administration in a memo obtained by the Australian Saturday Telegraph.

The smoking gun file claims to have found evidence the virus spawned in the Wuhan Institute of Virology, close to the wet market China says it came from, and unearths ‘risky’ research on bat-related diseases stretching back years.

So with: 9 different simulations, drills and laws over the past 20 years that planned and prepared for the kind of scenario we’re witnessing now; the coronavirus pandemic achieving nearly all of the globalists top priorities; and now some government’s using this crisis as an opportunity to attack Christians, churches, and the US Constitution, the fact that Dr. Anthony Fauci himself was heavily involved with the Wuhan lab at the center of this all and practically ‘paid for the damn virus that’s killing us’is alarming. Especially consideringFauci now finds himself in the White House pushing for Americans to be injected when he’s also been tied to eugenicist Bill Gates should tell us much of what we need to know as we gallop full speed into the future.