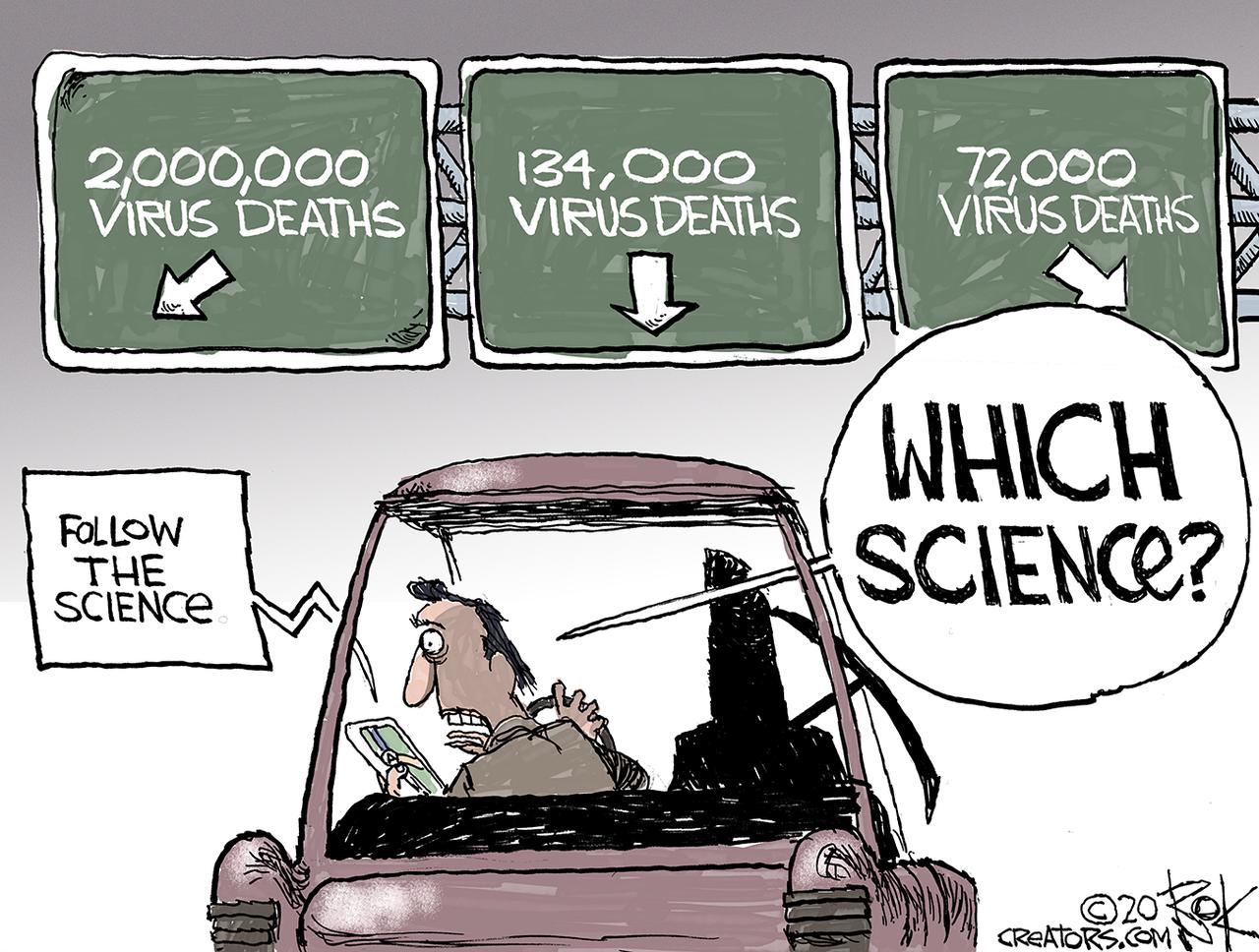 Scientists are always whittling away at the unknown with new tools and technologies. The honest ones recognize the limits of their work. Yet they push onward; always chasing the elusive breakthrough.

The charlatans, however, don’t care about adding to human knowledge. Frustrated by their lack of progress, they’ve long since given up on practicing real science. What they care about is their university tenure…and how they can apply complex tools to bolster the profitability of their bamboozle.

The science of epidemiology has self-destructed. Mathematical biologists of the doom orthodox have sullied the profession.

The Imperial College computer model led by Professor Neil Ferguson – a charlatan – to justify lockdown orders in England and the United States has been revealed to be utter trash.

The public health authorities were duped. The President and most state governors were bamboozled. The corporate media was conned.

In short, far-reaching policy decisions were based on bogus information. The authorities took a nasty virus and a pack of lies, and turned it into a calamity. Hundreds of millions of lives have been ruined.

We suppose it was bound to happen…

Worse than the Great Depression

The economy was already doomed before the coronavirus ever hit American shores. Debts, deficits, paper money, and decades of short-sighted monetary policies had already pushed it past the breaking point. Sooner or later something was bound to come along and snap it.

Any crisis given this backdrop would have compelled central planners to execute policies of ruin. A war or natural disaster would have sufficed. Coronavirus, however, has been tailor made in this regard. The faux death models of charlatan epidemiologists demanded that central planners go mad.

The destruction is breathtaking…

At last count, the economy was in shambles. You’ve seen the numbers. Nearly 39 million Americans have filed initial claims for unemployment over the last two months. Many of these jobs will be lost for good. And the Federal Reserve Bank of Atlanta is projecting that U.S. GDP will shrink by 42.8 percent during the second quarter.

These unemployment and GDP numbers are far worse than those experienced during the depths of the Great Depression. The wickedness coming down the turnpike will be way worse than anything in living memory. This summer will be ugly. The run up to the election in the fall will be far uglier.

Yet public health officials have had their minds so twisted up by the math biologists they’re incapable of articulating a strategy for how to function with a scourge virus on the loose. Instead, they’ve been turned into morons…providing inane guidelines on how to safely play tennis without cross contaminating tennis balls.

Why Some Americans Love Government Lockdowns

Again, this is a nasty virus. We don’t discount how contagious it is…or its potential to cause death to the elderly and those with preexisting health conditions. But, by all honest accounts, the apocalyptic prophecies have not come true.

The point is the fear of the plague is proving to be much more destructive than the actual plague.

There are the immediate economic ramifications of the lockdown orders. There are also the psychological impacts from the loss of basic rights, freedoms, and liberty.

The American psyche, like the American economy, will not quickly recover as lockdown orders are lifted. Something sinister has happened. Though it has happened before.

From book IX of his Meditations…

“An infected mind is a far more dangerous pestilence than any plague. One only threatens your life. The other destroys your character.”

There’s mounting evidence the American character is being destroyed by an infected mind. While some Americans have been rightly irate by the government’s lockdown orders, there are others that love it. They love forced hunkering. Moreover, they love the prospect of free money.

The $1,200 stimulus checks from the CARES Act merely whet the people’s appetites. Now they want more. In fact, according to one recent survey, 82 percent of Americans want the government to issue more “stimulus checks.”

No doubt, both political parties will be tripping over themselves in a rush to use the public purse to buy votes in an election year. Remember, in a democracy the politicians who promise the most free goodies to the people are the politicians who win. Hence, the people know what they want, and deserve to get it good and hard.