We will use your email address only for sending you newsletters. Please see our Privacy Notice for details of your data protection rights.

The new year will see the deadline for China’s “centenary goal”, as 2021 will be the 100th anniversary of the founding of the Communist Party of China (CCP). In December the Taiwanese defence ministry reported “irregular” patrols by People’s Liberation Army warships in the western side of the strait this year had become “routine”. The ministry said the island’s forces in conjunction with the US navy had “effectively monitored the situations and movements around the Taiwan Strait by means of its air and naval mechanisms to ensure national security and regional stability”.

But, Li Kexin, a minister at the Chinese embassy in Washington, warned that port-of-call exchanges between the US and Taiwan would not be tolerated.

Deng Yuwen, international relations scholar at the University of Nottingham, highlighted Beijing’s predicament that the longer Taiwan, Macau and Hong Kong remain outside the Communist Parties full control the more their sense of a separate identity grows, and with every new generation their “Chinese” identity deteriorates.

The scholar, writing in the South China Morning Post, stated that it is likely that Beijing’s “encirclement patrols” of Taiwan will become routine, leading to an increased likelihood of an “incident” that could become a pretext to invasion.

Refering to the Chinese President, Mr Yuwen said: “Xi may be tempted to secure the historic achievement of reunification as part of his legacy.

“Furthermore, if war breaks out, the peacetime systems and procedures will have to be set aside.

“This will allow Xi to stay in power beyond his expected retirement in 2022, to give him more time to work on realising the Chinese dream of rejuvenation. 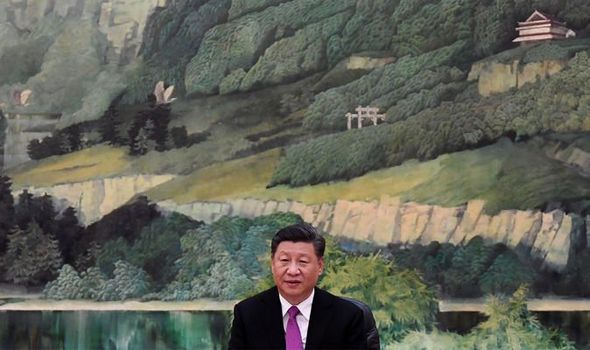 Xi Jinping in the Great Hall of the People (Image: GETTY)

“If Beijing takes up arms against Taiwan in 2020, there will be formidable changes for East Asia and the world.

“North Korea may also risk waging war on South Korea, if its nuclear capabilities are not eradicated earlier.

“I do not want to see war breaking out.

“For this reason, we must pay more attention to what happens in 2020.”

JUST IN: South China Sea: Beijing warplanes in fearsome exercises amid US row 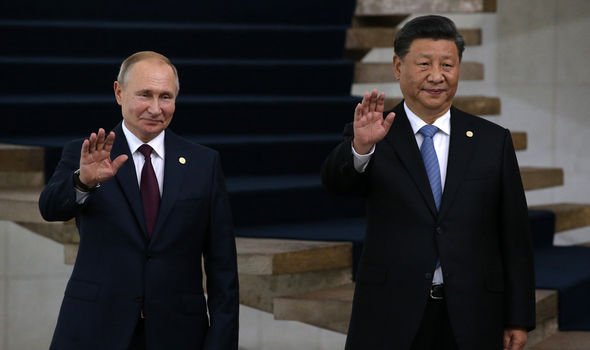 The Chinese military has come a long way since reforms were launched four years ago, amd fighting a war is one way to gauge its improvements.

In today’s China, more and more people are advocating the use of force to unify Taiwan with the mainland.

”Decisions and plans must be executed in full, and one must see things through from beginning to end, to ensure that no one simply goes through the motions or treats plans as a temporary measure, like a passing gust of wind.” 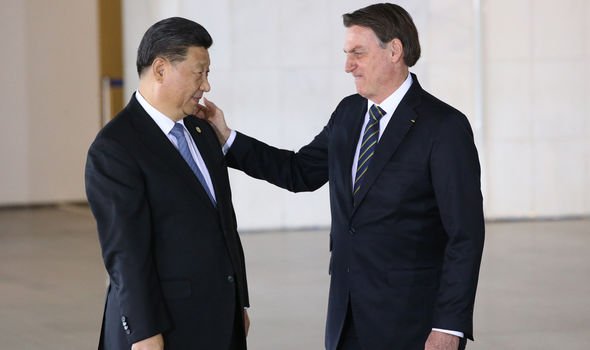 President Xi Jinping’s report at the 19th Communist Party congress in 2017 offers some clues as to how China will step up its efforts to control their sphere of influence and reinforce the regime’s oppressive ideology in the coming year.

Addressing the 2,280 delegates assembled uniformly before him, he identified “one country, two systems” and the reunification of the motherland as a fundamental strategy of a “new era” for China, including the reunification with Taiwan

And firing a broadside towards pro-democracy protesters in Hong Kong he vowed to never allow “any individual, any organisation, any political party, at any time or by any means, to split any single piece of Chinese territory”.

The 2021 centenary celebrations will mark the founding of the Communist Party of China in 1921, then a small party of about 50 members, now the world’s largest ruling political party, with more than 90 million members. 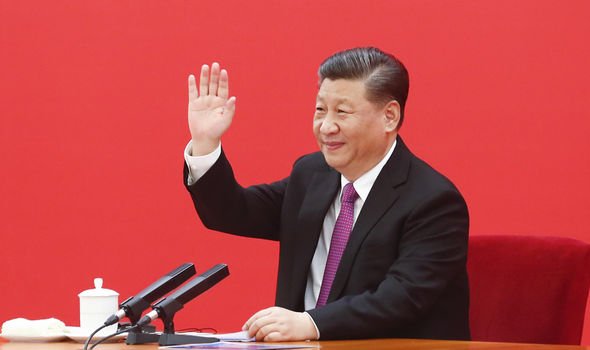 President Xi Jinping calls his vision, the “Chinese dream”, where by the 100th anniversary of the founding of the People’s Republic of China the countries leaders have pledged it will be “a modern socialist country that is prosperous, strong, democratic, culturally advanced and harmonious.”

But the pledges of democracy, freedom of speech and judicial independence will have to be put on ice until the “Chinese dream” can mature, but as usual utopia is always next year, or maybe the year after that.

China will work on its international image and attempt to build up its “soft power” but efforts to win hearts and minds may prove elusive.

Beijing will increase funding of Confucius Institutes in universities across the globe, with aims to cultivate soft power in the way Alliance Française or the British Council have done for France and the UK, but they will have to sanitise themselves from accusations they work hand in hand with Beijing’s oppressive attitude against academic freedom and university autonomy, as was seen in Hong Kong.

But, soft power is built through culture and culture is only propagated in an environment of freedom of expression which is some what of a problem with Xi Jinping’s watchful eye scanning anything that moves within China.