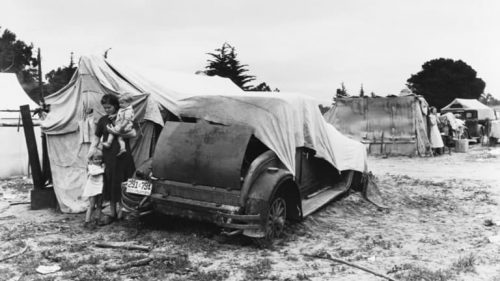 The troubles listed here in my 2020 economic predictions are so severe and so likely to get even worse that it’s more difficult to imagine they won’t get worse than to believe they will.

Just a few of these misfortunes would be enough to plunge us into an abyss of social and financial catastrophes.

Here are my economic predictions for the remainder of 2020

This list of economic predictions is not hard to come up with. It is, however, the fact that it is so easy to predict these things this year that makes this year’s list so important.

I think most readers will agree with the likelihood of most predictions on this list. The point of the list, then, is to show by the aggregate of calamities that will wash over us how close to certain is a deep economic depression. (Most are problems central banks have zero capacity to resolve.)

This depression is something many people may not perceive until they widen their field of vision to see the full ocean of likely troubles that are nearly certain to pound the entire world in wave after wave for months or even years to come.

(Though I focus on the US, the same economics predictions are likely to apply all over the world with their own variations of local color.)

Many people are living right now in the delusional hope of a V-shaped recovery from the recent Coronacrisis lockdown. The list below shows why that is the most unlikely possibility imaginable.

During this time of economic crisis, most of the predictions listed below are current events that are almost certain to continue as the major trends of 2020 and are likely to even worsen, plunging us into the chaos of a deep economic collapse, worse than 2008:

I’m not saying all of them will be dominant trends this year, and I can’t say when or in what order each one will happen; but I am certain 80% or more of my 2020 economic predictions will play out as stated above, and that is more than enough to assure the deep economic depression I’ve named “The Epocalyse.”

I invite you to offer your own social or economic predictions for 2020 (whether as additions or subtractions to the list above) that you see as highly likely to develop (good or bad) in the comments below so that we benefit from each others’ observations and insights.