President Trump just announced a “historic” deal that will see Israel and the UAE open full diplomatic relations and Israel suspend its annexation plans in the West Bank.

The shock announcement Thursday marks perhaps the biggest diplomatic development out of the Middle East in decades, after the regime change war against Assad in Syria had for years reportedly brought Saudi-led gulf countries of the GCC into quiet, covert cooperation with Israel.

Both Israeli Prime Minister Benjamin Netanyahu and President Donald Trump hailed the “historic day” in tweets confirming full normalization of diplomatic relations between prior enemies that had always lacked official recognition. Trump helped to broker the agreement, which also crucially involves Israel agreeing to halt its hugely controversial plans of annexing sections of the West Bank that included the sprawling Jordan Valley.

Though it’s still anything but clear whether Israel will abide by this, Reuters writes of the breaking news that:

Under the agreement, Israel has agreed to suspend applying sovereignty to areas of the West Bank that it has been discussing annexing, senior White House officials told Reuters. 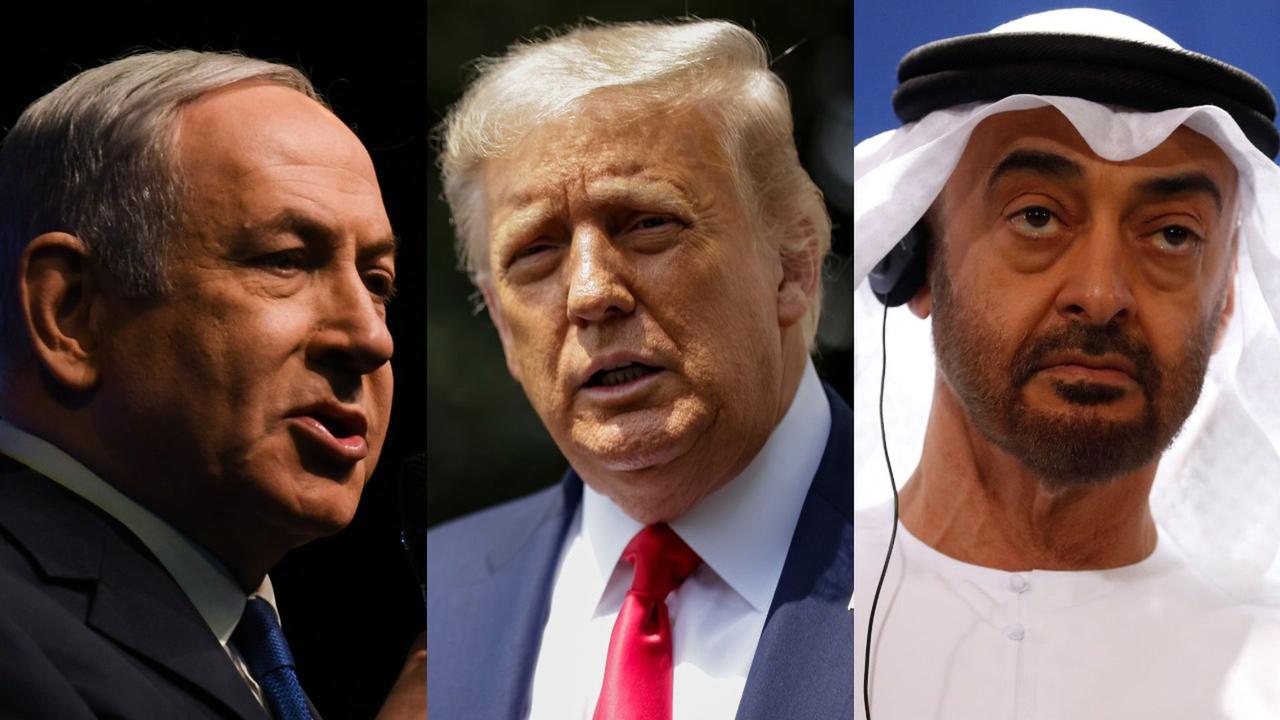 This is a major breakthrough for Israel, as Axios notes that the nation does not have diplomatic recognition in many Middle Eastern countries but has been steadily improving relations in the Gulf, largely due to mutual antipathy toward Iran.

The Trump administration announced the deal is being called the “Abraham Accord,” with Senior Adviser Jared Kushner saying “Muslims will be welcome in Israel.”

A joint statement issued by the three nations said the three leaders had “agreed to the full normalization of relations between Israel and the United Arab Emirates.”

Joint Statement of the United States, the State of Israel, and the United Arab Emirates

This historic diplomatic breakthrough will advance peace in the Middle East region and is a testament to the bold diplomacy and vision of the three leaders and the courage of the United Arab Emirates and Israel to chart a new path that will unlock the great potential in the region. All three countries face many common challenges and will mutually benefit from today’s historic achievement.

Delegations from Israel and the United Arab Emirates will meet in the coming weeks to sign bilateral agreements regarding investment, tourism, direct flights, security, telecommunications, technology, energy, healthcare, culture, the environment, the establishment of reciprocal embassies, and other areas of mutual benefit. Opening direct ties between two of the Middle East’s most dynamic societies and advanced economies will transform the region by spurring economic growth, enhancing technological innovation, and forging closer people-to-people relations.

As a result of this diplomatic breakthrough and at the request of President Trump with the support of the United Arab Emirates, Israel will suspend declaring sovereignty over areas outlined in the President’s Vision for Peace and focus its efforts now on expanding ties with other countries in the Arab and Muslim world. The United States, Israel and the United Arab Emirates are confident that additional diplomatic breakthroughs with other nations are possible, and will work together to achieve this goal.

The United Arab Emirates and Israel will immediately expand and accelerate cooperation regarding the treatment of and the development of a vaccine for the coronavirus. Working together, these efforts will help save Muslim, Jewish, and Christian lives throughout the region.

Prime Minister Netanyahu and Crown Prince Shah Mohammed bin Zayed Al Nahyan express their  deep appreciation to President Trump for his dedication to peace in the region and to the pragmatic and  unique approach he has taken to achieve it.

Trump told reporters in the Oval Office on Thursday morning that he expects other Muslim nations to follow the UAE’s lead.

“Things are happening that I can’t talk talk about,” he said.