– Make No Mistake About It, Democrats Will NEVER Let President Trump Win In November

At the very bottom of this story, we have embedded the full 22-page document titled “Preventing a Disrupted Presidential Election and Transition” written by an alleged ‘bi-partisan group’ called The Transition Integrity Project consisting of over 100 former government employees, journalists, ‘polling experts’ etc etc within which they warn of the likelihood of President Trump attempting to ‘steal’ the coming election.

With this wikipedia entry immediately telling us that some of the ‘key people’ involved in this project are John Podesta, former DNC acting chair Donna Brazile, never-Trump, neo-con journalist William Kristol and never-Trump journalist David Frum among them (proving this is no ‘bi-partisan group’ but a huge group of anti-Trump traitors!), as ANP reader Battlesheep recently warned in an email he sent to us, this document created by a group attempting to label itself as having ‘integrity’ is absolutely appalling.

And as Battlesheep mentioned, while many readers may not have seen posts or articles that reference or link to this document, so they may not be familiar with its content, nearly immediately in the document they tell us their ‘big picture’ on just how they plan on ‘stealing this election’ from President Trump and America for Democrats and the globalists. Directly from the 3rd paragraph of the document.:

The concept of “election night,” is no longer accurate and indeed is dangerous. We face a period of contestation stretching from the first day a ballot is cast in mid-September until January 20. The winner may not, and we assess likely will not, be known on “election night” as officials count mail-in ballots. This period of uncertainty provides opportunities for an unscrupulous candidate to cast doubt on the legitimacy of the process and to set up an unprecedented assault on the outcome. Campaigns, parties, the press and the public must be educated to adjust expectations starting immediately.

A determined campaign has opportunity to contest the election into January 2021.

With that last sentence being drilled into the heads of Americans over and over and over again by Democrats and the mainstream media, as we had warned within this September 2nd ANP story titled “Democrats Tell Us How They Plan To Pilfer The Election And Defraud The American People In A Plundering Of America That Could Lead To Massive Bloodshed And All-Out Civil War” and this August 24th story titled “The Democrats Plan To Whip The Masses Into A Frenzy Using MSM Election Night Lies That Lead To Blood Flowing In US Streets So The Globalists Can Institute Full-Scale Martial Law In America”, anyone who thinks 2020 will be a ‘normal election’ are gravely mistaken.

(ANP EMERGENCY FUNDRAISER: Due to unexpected emergency repair bills, please consider donating to ANP to help keep us in this ‘Info-war’ for America at this most critical time in US history as we approach the 2020 election during a time of systematic ‘big tech’ censorship and widespread Democrat corruption.) 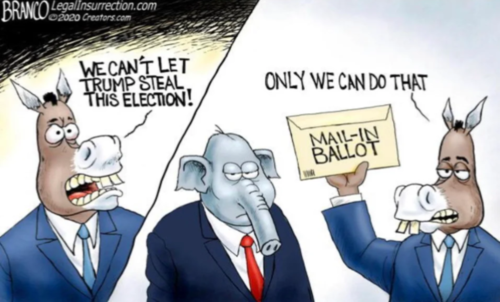 And with the anti-Trump ‘election integrity project’ going on to suggest that this election will likely be the most contested election since 1876, and warning within their study that it is President Trump who will likely attempt to ‘sow seeds of doubt’ surrounding the results of the election, (while their own study does just that!), does ANYONE reading this believe that we can trust ANYTHING that the MSM, John Podesta, Donna Brazile, William Krisol or any other never-Trump journalist says in 2020? The mainstream media long ago slaughtered themselves and their credibility/integrity by peddling their own lies and democrat-party-propaganda and disinformation.

As Susan Duclos had warned in this September 23rd ANP story titled “All Hell Is Breaking Loose – Ammunition Shortages Just The Latest Evidence Of Conservatives Preparing To Survive Through The Liberal Lunacy Of Riots, Looting & Food Shortages”, all across America, Conservative Americans are getting themselves prepared for more leftist lunacy breaking out nationwide, especially should it appear that President Trump wins the election on election night or Biden ‘appears’ to win only for President Trump to call for investigations into what appears to be massive Democrat voter fraud.

With the FBI recently finding discarded military election ballots in Pennsylvania, and 7 of the 9 discarded ballots having voted for President Trump as Breitbart reports in this new story, as we had warned back on August 24th, US letter carriers for the most part are highly partisan politically, a huge percentage of them members of the National Association of Letter Carriers.

And while certainly not all of them are corrupted, from what I know from having worked as a letter carrier for over 7 years, the fact that the NALC has endorsed Joe Biden for President, claiming that ‘the very survival of the United States Postal Service’ is at stake, tells us everything we need to know about the chance of this highly political union NOT intentionally ‘losing’ ballots from Republican voting areas in an attempt to ‘sway’ the results of this election.

OF COURSE THEY WOULD! 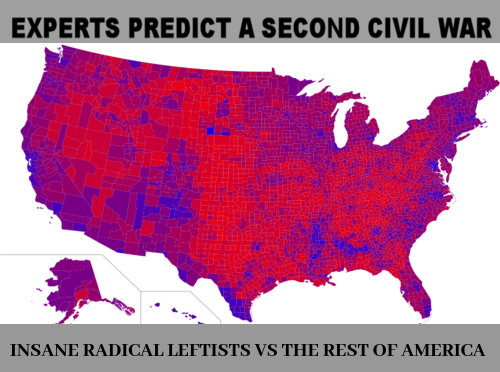 While we all know about Hillary Clinton’s ties to John Podesta, the fact alone that HIS name is on this so-called ‘Transition Integrity Project’ really should tell us all that we need to know as November inches closer and democrats/globalists go all-in to make sure that President Trump doesn’t win again.

With story after story at the now-globalism-supporting Drudge Report screaming out such headlines as “What If Trump Loses But Won’t Concede?” and “Trump Again Says He May Not Abide By Election Results” working Joe Biden supporters and radical democrats nationwide into a rage, the ‘rent-a-riots’ going on all across America right now are being funded by the ‘usual suspects’ as we hear in the 1st video at the bottom of this story from the David Knight show.

We’re going to go ahead right here and take an extended look at this story over at The Vermont Independent which take a look at John Podesta’s ‘Transition Integrity Project’ and what they’re calling a “Project Deep State Coup To ‘Re-Invent’ Democracy”. So when Democrats talk about ‘destroying the entire system’, that’s EXACTLY what they plan on doing (but to THEIR benefit, of course!!)

A group of high-powered globalists from the US, including John Podesta (Trilateral Commission), are plotting the overthrow of the United States to achieve the Great Reset of the Green New Deal and Sustainable Development, aka Technocracy. This subversion is a clear and present danger to the integrity of our national government and Constitution.

Let’s take a moment to think about something called the Transition Integrity Project. Just by its name you’ll be impressed by a seemingly highly moral commitment to honesty during the election. But wait: what about that word ‘Transition’? Doesn’t it presuppose a change in the presidency? Yes, it does. And it’s a ‘Project.’ What could that mean? A project of what?

Nicolas Berggruen, a member of the Council on Foreign Relations and the World Economic Forum, is a billionaire who has spent at least 10 years and millions of dollars in ‘reinventing and restructuring democracy.’ What could that mean? Through his Berggruen Institute this financier/stock market savant has suavely assembled groups of ‘influencers’ to do just that: to write books, form spin-off groups, and endow positions in business and universities. Nicolas Berggruen is the force behind the Transition Integrity Project.

I first became aware of Berggruen in 2012 when his think tank ‘Think Long’ produced a ballot initiative in California with the intention of changing the California constitution. ‘Think Long’ which included in its elite membership Condelezza Rice, Willie Brown, Gray Davis, and Eric Schmidt (Google CEO) was an alliance of neo-cons and ‘progressives’ who wanted to use the California initiative process to literally craft a new set of rules for governance. It was, as I called it in a speech against their Proposition 31 which I gave at the Los Angeles Federal Building, a razor blade buried in a candy apple—-a Trojan horse. This craftily worded manipulation proposed using Agenda 21 Sustainable Development federal grants to stealthily implement regional governance.

This new law, this amendment to the California Constitution, would shift state funds to local governments for the purpose of implementing new ‘Community Strategic Action Plans.’ What does that mean?

For the purposes of ‘a prosperous economy, quality environment, and community equity’ state revenue would be shared in supra-governmental, unelected regional entities. Those who are paying attention will recognize the 3 E’s of United Nations Agenda 21/Sustainable Development in this deceptive proposition. Economy, Environment, Equity. This is not just some happy coincidence. This is the legal and funding mechanism for a regional layer of government. You don’t vote for regional representation, as you know. You vote in city, county, state, and federal elections. Agenda 21 is a global plan implemented locally and you see it as regional plans.

Far from being a black helicopter paranoiac fantasy UN Agenda 21 is real and Prop 31 is what it looks like. It is a plan to take state money and allow local entities– counties and cities–to determine how that money gets allocated as long as it goes for Smart Growth, the preferred development style of UN Agenda 21. The Agenda for the 21st century was signed onto by George HW Bush in 1992. President Clinton created the President’s Council on Sustainable Development for the sole purpose of implementing Agenda 21 in the US.

All federal agencies changed their policies to conform to Sustainable Development principles, and it then moved into the states and local municipalities via General Plans and regional boards.

New urbanism is the goal and you’ll see this as these new Community Strategic Action Plans dictate that your tax dollars go for shifting funds to high density cities. That’s what they mean by ‘a prosperous economy, quality environment, and community equity’. It’s code for redistributing money to cities that agree to the blurring or erasure of jurisdictional boundaries.

Prop 31 failed but he didn’t give up and came back later with another proposition which did pass.

Now, what is the Transition Integrity Project? It’s a group (including John Podesta and Michael Steele, former Repub Party head) of hard core neo-liberals and neo-con Never Trumpers who are consolidated into a force for insurrection: Color Revolutionaries. After cutting their teeth on Argentina, Ukraine, Venezuela, Egypt, etc they’re ready for the Big Kahuna; the United States. Their premise is ‘What if Trump loses and won’t leave the White House?’ But really the deal is ‘How will we respond when the ambiguous results of this seriously flawed takeover are exposed?’ Berggruen paid for and organized this tabletop exercise and, much like Event 201 and Dark Winter, they’re readying for a revolutionary civil war here in the US. The overthrow of the republic is being war-gamed.

Scenarios of Biden/Harris being unable to establish their win and having to grab it are played through with the recognition that the press will have to bear down on us, and social media will need to shut us down, fast. Law enforcement, military…this is a coup d’etat. The Transition Integrity Project runs those scenarios, none of which includes Trump actually winning, and makes it clear that complete disruption is the goal. This is UN Agenda 21.

In video below from ‘The Church Militant’, they discuss Democrats plans to ‘hijack the election’ and complete their ‘take down of America’ and the US Constitution while doing so.