By ANDREW PRENTICE and JOSH HANRAHAN FOR DAILY MAIL AUSTRALIA

Houston was the subject of media reports he was handing over global control of the church, only for the man himself to deny the suggestion on Twitter.

‘I just learned that I’m handing over control of Hillsong Church,’ Houston tweeted.

‘Thanks for letting me know. The only problem is I’m still here and I’m not going anywhere.’ 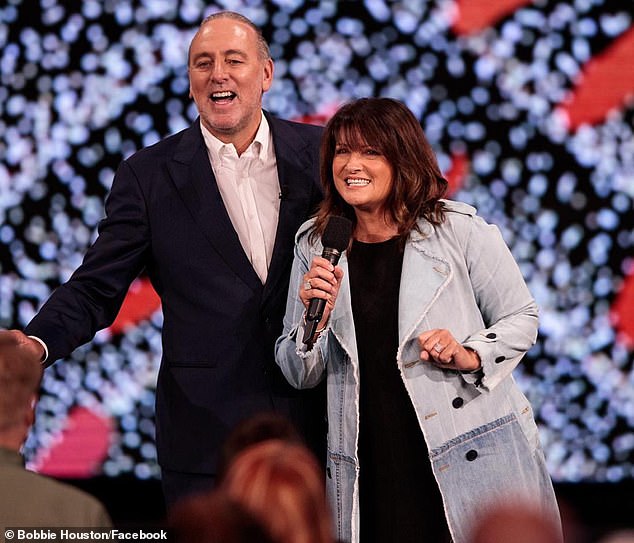 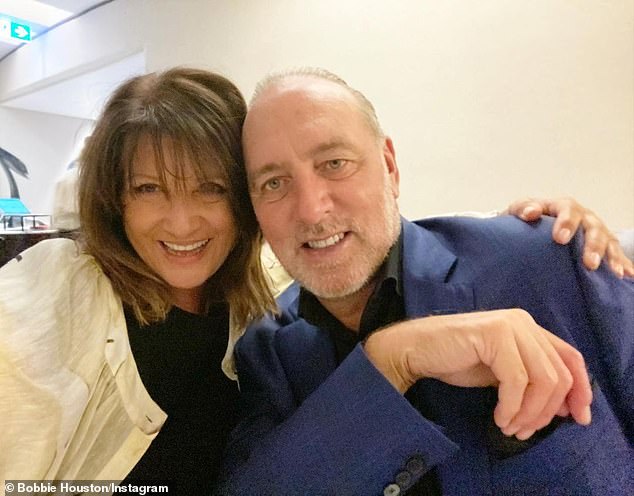 A Hillsong Church spokesperson confirmed pastors Brian and Bobbie Houston were not giving up their primary duties.

‘Rather, Gary and Cathy Clarke will be moving into a support role in Hillsong Global. This will allow Pastor Brian, in particular, more time to focus on mentorship, leadership development and his other pastoral responsibilities,’ the spokesperson said.

Real-estate broker John Termini as well as ‘power couple’ Chrishan and Danielle Jeyaratnam have been earmarked to take over from the fallen Lentz.

Lentz, who was head of the New York church before his dramatic fall from grace, also admitted to cheating on his wife last November.

In a leaked email last year, Houston admitted that Lentz had not created a ‘caring’ or ‘healthy environment’ for parishioners in the Big Apple.

In a follow up letter to members of the East Coast chapter of the church, Houston said he was very sad to have to sack Lentz but put the decision down to ‘leadership issues and breaches of trust, plus a recent revelation of moral failures’.

‘I know this will come as a shock to you, but please know that this action was not one made lightly and was done in the best interests of everyone, including Pastor Carl,’ he said.

Jeyaratnam and his wife Danielle joined Hillsong in its early days as a small church in Sydney’s west.

Houston said the couple – who have four young girls and have been in charge of the Perth and Bali chapters of the church over recent years – were strong candidates to put the church ‘back on track.’

Taking over in London will be glamorous couple Tim and Nicola Douglass, who in recent years have been leading the church in Victoria and Tasmania.

The couple have been together for more than 16 years and have three young kids. 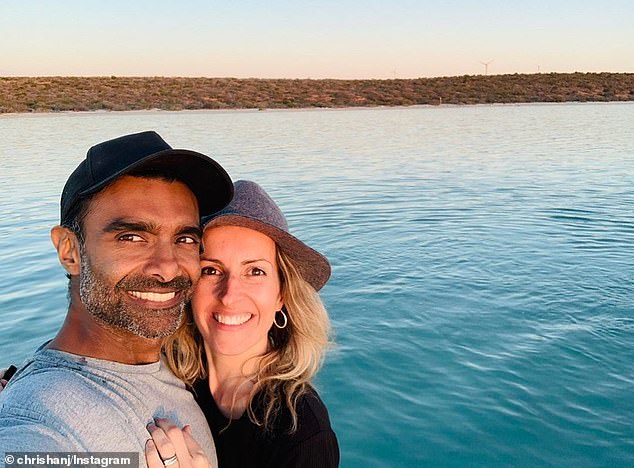 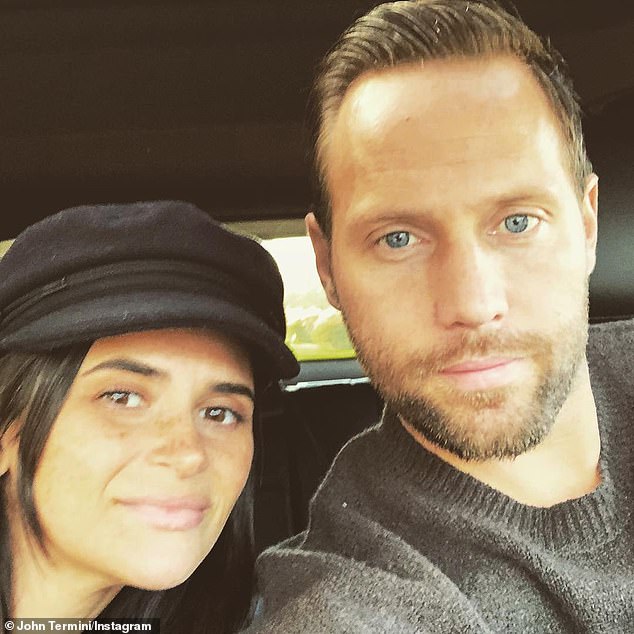 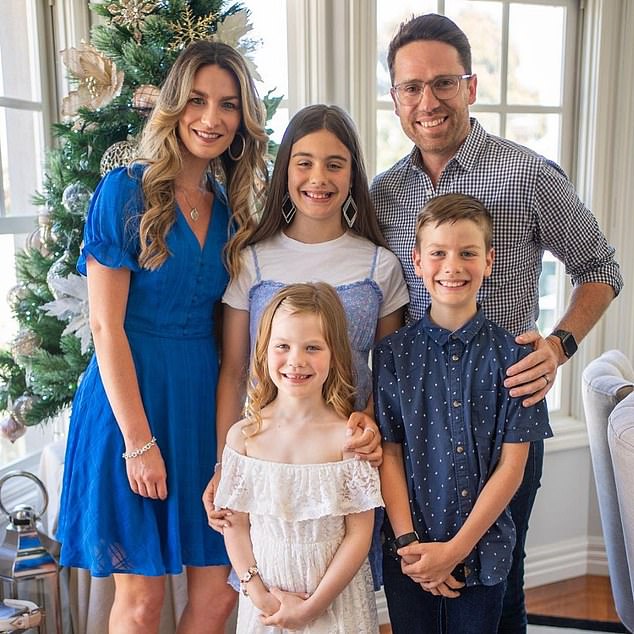 Mrs Douglass is from the UK originally and Houston told a Sunday service she was looking forward to returning home.

Houston told parishioners it was part of his plan to put ‘younger leaders’ in place as he and wife Bobbie close in on their 70s.

‘It’s virtually impossible, unsustainable for us to lead everything that we’re leading right now,’ he said.

‘We are definitely not retiring.  We will be around, but I do think it’s the right season for us to look at a whole new season for us personally.’

Hillsong was founded in the Hills District of Sydney in 1983 and has more than 28 churches in Australia, and more than 100 around the world.Hillsong founder accuses Carl Lentz of having ‘more than one affair

The founder of scandal-plagued church group Hillsong will hand over the global reins to ‘younger’ pastors following a barrage of lawsuits.

Hillsong founder Brian Houston has revealed he and his wife Bobbie are stepping away from their leading roles to make way for a new generation of leaders.

Mr Houston, who turns 67 this week, told attendees at Hillsong’s Vision Sunday service he had been “doing a lot of soul-searching and praying” about the future of the megachurch.

Ms Houston also found herself under fire for “fat-shaming” slurs.

It has been 38 years since the couple started their Australian empire in Baulkham Hills, in Sydney’s leafy northwest.

“For Bobbie and I, moving forward and I guess globally we’ve grown so rapidly and it’s been really a time when what has become clear is we need to put a whole lot more structure into what we’re doing globally,” Mr Houston said.

“It’s at the point where it’s virtually impossible … unsustainable for us to lead everything we are leading right now.”

Mr Houston is looking for ways to share the load, particularly with “younger leaders”.

But he made it clear he and Ms Houston were “definitely not retiring”.

“We’ll still be here preaching and part of the team,” he said.

“We’ve grown so fast around the world and need to put structures in place to carry that.

“I want to look at ways that we can share that load and over these next couple of years heading up to that church being 40 here.”

After his comments last Sunday made headlines, Mr Houston addressed them in another service on Tuesday night.

The Houstons will hand over global responsibility.Source:Supplied

“This morning in the USA, I noticed that I’m pretty well retiring and Gary Clarke’s becoming the senior pastor!” he laughed.

In a question-and-answer with George Aghajanian, general Manager and a director of Hillsong Church, Mr Houston attempted to explain some of the recent controversy surrounding his church.

Mr Houston asked Aghajanian: “Is Gary going to be the next senior pastor?” Aghajanian laughed and replied: “I don’t believe so.”

“Well, I’ve just read it this morning,” Houston replied. Aghajanian laughed again: “Well, if it’s in the press, it must be real.”

Hillsong was founded in Australia in 1983 but in recent years has branched into the United States and Britain.

Mr Houston said there had been an increasing amount of “misinformation” spread about the church.

“Since our upset in New York in October last year, some of you would know that the media attacks we’ve had have been more intense than any time in our history,” he said.

“Here in Australia we’ve pretty well had interesting relationships with the media for 20 years and so our church is very seasoned in it. But I’ve never seen anything quite like this – just the amount of misinformation.”

Brian Houston, the Senior Pastor of Hillsong Church Global, announced Sunday that he and his wife are stepping down to make way for younger leadership.

Houston and his wife will be replaced by Gary and Cathy Clarke, who have been responsible for Hillsong’s growth in Europe. Houston made the announcement at the annual Vision Sunday church service.

At the service, Houston stated, “I’ve been doing a lot of soul-searching and praying and thinking about the future and the way ahead, what life looks like for a church moving forward. For Bobbie and I, moving forward and I guess globally we’ve grown so rapidly and it’s been really a time when what has become clear is we need to put a whole lot more structure into what we’re doing globally.” He also said the denomination which they founded 24 years ago has become “unsustainable” for he and his wife to manage alone.

Houston explained “It’s really at a point where it’s virtually impossible, unsustainable for us to be able to lead everything that we’re leading right now and so I want to look at ways that we can share that load and over these next couple of years heading up to that church being 40 here. I would like to really put in place younger leaders. Younger leaders here in Australia and younger leaders around the globe.”

This comes at a time when there have been multiple scandals erupting in the denomination’s Australian and U.S. church arms. It is not known if his resignation is a result of these scandals or not.

Gary and Cathy Clarke are the lead pastors of Hillsong Church London. According to their bio, Gary is “passionate about seeing people live in all that God has for them.” Meanwhile, Cathy has a “passion for people and placing value on every person she meets.” They both teach.https://8f38ed07a6cdc0cb044901858510cdae.safeframe.googlesyndication.com/safeframe/1-0-37/html/container.html

John Paluska has been a contributor for Christian Headlines since 2016 and is the founder of The Daily Fodder, a news outlet he relaunched in 2019 as a response to the constant distribution of fake news.