President Joe Biden as of Sunday has no plans for another one-on-one meeting with Saudi Crown Prince Mohammed Bin Salman, after OPEC+ announced dramatic cuts to production that are likely to force gas prices up in the United States and elsewhere.

White House National Security Advisor Jake Sullivan was asked by CNN‘s State of the Union whether Biden has any plans to meet with MBS, as he’s colloquially known, at the upcoming G20 summit of the world’s wealthiest nations.

‘He has no plans to meet with the Crown Prince at the G20 summit,’ Sullivan said.

‘And he is focused, however, on making sure that – through every engagement he has across the board – he’s looking out for not just the US but our allies as well.’

But the Saudi Arabia-led oil cartel’s recent decision to cut production of 2 million barrels of oil per day has dealt a blow to Biden’s efforts to fight rising costs while providing a boost to Russia and its illegal invasion of Ukraine.

Both Republican and Democrat lawmakers are now calling for retaliation against the Saudis, including a legislative push to halt the American military’s lucrative arms sales to the Gulf kingdom.

The White House said it would re-evaluate its relationship with the Saudis but has not elaborated on any further discussions.

Sullivan on Sunday said Biden would not ‘act precipitously,’ but assured that he would consult Congress before taking any meaningful action. 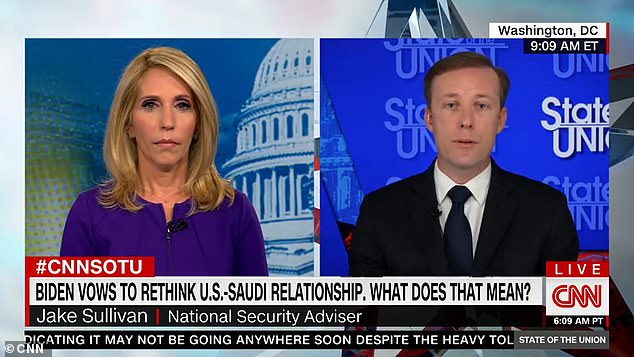 ‘This is a relationship that got built over decades on a bipartisan basis,’ the advisor said. ‘And so the president isn’t going to act precipitously, he’s going to act methodically, strategically.’

‘And he’s going to take his time to consult with members of both parties, and also to have an opportunity for Congress to return so that he can sit with them in person.’

Biden met with MBS in Jeddah in July as part of a wider trip to meet with Gulf allies. The White House has maintained it was not about oil, despite domestic gas prices still hovering near June’s record levels at the time.

Critics of the president who previously accused him of cow-towing to Saudi Arabia instead of doing more to expand domestic energy production are now blaming him for the expected price increases to come at the pump.

Sullivan stressed the positive outcomes of Biden’s Saudi visit, including the subsequent opening of the country’s airspace to Israeli flights.

‘One of the things that he was able to achieve in that meeting in July was the historic opening of Saudi airspace to Israeli commercial air traffic,’ Sullivan said.

‘The first step Saudi Arabia has ever taken on a path towards normalization with Israel, which we believe was a positive thing for him to be able to deliver for a strong partner of ours.’ 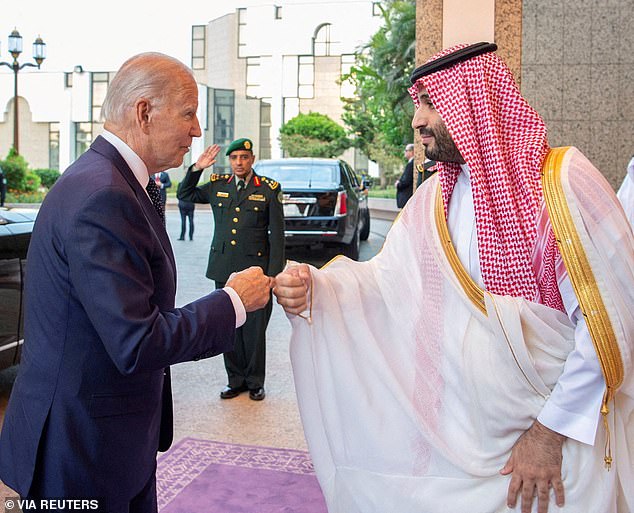 Biden promised during a CNN interview last week that there would be ‘consequences’ for the decision led by Riyadh.

OPEC+’s production cut has put the president in a politically precarious place, with gas prices once again creeping back up and the midterm elections less than a month away.

It also stands to undermine the US-led energy sanctions against Russia, which has been relying on its oil and gas exports to help finance Vladimir Putin’s war on Ukraine.

The Saudi Foreign Ministry said on Thursday that the Biden administration had previously asked OPEC and its allies to delay the cuts for a month – until just before the midterm elections.

Such a move would have likely minimized political fallout at the ballot box, and led to a delay in the expected increase in gas prices.

‘The government of the kingdom clarified through its continuous consultation with the U.S. administration that all economic analyses indicate that postponing the OPEC+ decision for a month, according to what has been suggested, would have had negative economic consequences,’ Saudi Arabia said in a statement shared by the Associated Press.

The White House denied any political motivations in such discussions, according to the AP.