The release of the new movie ‘San Andreas’ is just hours away, as we countdown to a possible large earthquake to hit sometime on the 28/29 May 2015 in California according to predictions a week ago.

Over the past 24 hours there have been a series of earthquakes which developed directly at (or very close to) multiple dormant volcanoes in California, and Nevada.

Northern California has now seen seismic activity very close to Mount Lassen volcano, with a M3.0 earthquake striking next to a chain of smaller nearby volcanic buttes. 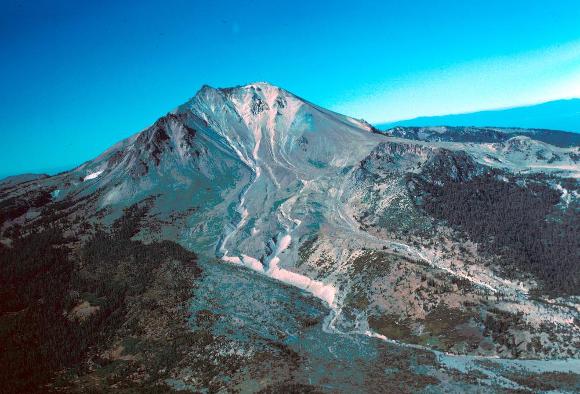 In a bizarre twist, the USGS posted an article a week ago, as a memorial to the 1915 Volcanic Eruptions at Mount Lassen?

The screenshots below show the volcanoes nearby this current earthquake epicenter.  Places with names like “Black Butte” and “Tuscan Buttes” within just a few miles where the earthquake struck.

Further South in California, just across the border in Baja Mexico (Gulf of California), another series of dormant buttes showed seismic activity in the same few hours time.

Just like the volcanoes in Northern California, these smaller buttes are part of a greater volcanic complex.  In this case, in Mexico, we see the giant dome of a very old “super-volcano” located in Baja Mexico.

As with other large volcanic complexes, in Baja Mexico there are smaller nearby cones, and buttes which show signs of recent eruption in the past several hundred years.

This Las Vegas movement began earlier this week with a noteworthy swarm of earthquakes, the largest of which was a 5.4 magnitude (4.8M revised) event North of Lake Mead which struck directly at an ancient volcanic butte.

As you can see in the screenshots below, the presence of small volcanic buttes near the recent Las Vegas Nevada earthquake epicenter indicates this seismic unrest is related to greater movement in the region, and is a sign of something to watch as a gauge for larger earthquake unrest to possibly come in the near term.

Two of the most heavily traveled day-hiking routes in Grand Teton and Yellowstone national parks are closed for the time being.

In Grand Teton the trail beyond Hidden Falls to Inspiration Point is being rerouted and has closed as trail crews work to replace bridges over Cascade Creek and rebuild the rocky ledge trails and steps that lead up to the popular Jenny Lake overlook.

In Yellowstone the iconic Brink of the Lower Falls trail is closed in the Grand Canyon of the Yellowstone because of a mud and rock slide that deposited a 7-by-8-foot boulder atop the route, effectively blocking the path.

“It’s closed until further notice,” she said, “until we get a drying trend and are able to get in there and deal with it.”

Because of the trail’s location in the Yellowstone River canyon, Weaver said, dynamiting the boulder would be unsafe. READ MORE

If the Yellowstone Super Volcano were to erupt, it would be 2,000 times bigger than the eruption of Mount St. Helens in the 1980′s.  Everything within 500 miles would be dead or destroyed within minutes, 2/3rds of the entire United States would be covered in volcanic ash and the climate of the entire planet would cool within a month.

Old Faithful is now going off All Day LONG….that is a sign, and a big one along with clusters of earthquakes, the helium4 from previous articles – this all ads up to a terrible situation and one to be alert about; and to be talked about with your family – practice what you would do for emergencies.

Beneath Yellowstone National Park lurks a vast caldera – a high-pressure volcanic cauldron brimming with enough gas and magma to make Mount St. Helens’ 1980-eruption look like a middle school science project by comparison. Now, newly reported findings suggest this megavolcanic reservoir is even bigger than previously believed. Much, much bigger.

Here is a Topographical map showing the mouth (“Caldera”)  of the Super Volcano and the scarred, treacherous terrain, created by past eruptions.  The park boundaries are the thin Yellow line, the Caldera of the super volcano is shown by the thin Red line.  Bear in mind that seismometer B944 is just next to the area labeled ‘West Thumb” on the map, showing the western edge of Yellowstone Lake.  That puts this seismic activity right smack in the active zone of the actual caldera.

If this is the start of an eruption at Yellowstone, the entire northwest quadrant of the country could be affected by damage and disruption beyond human comprehension.