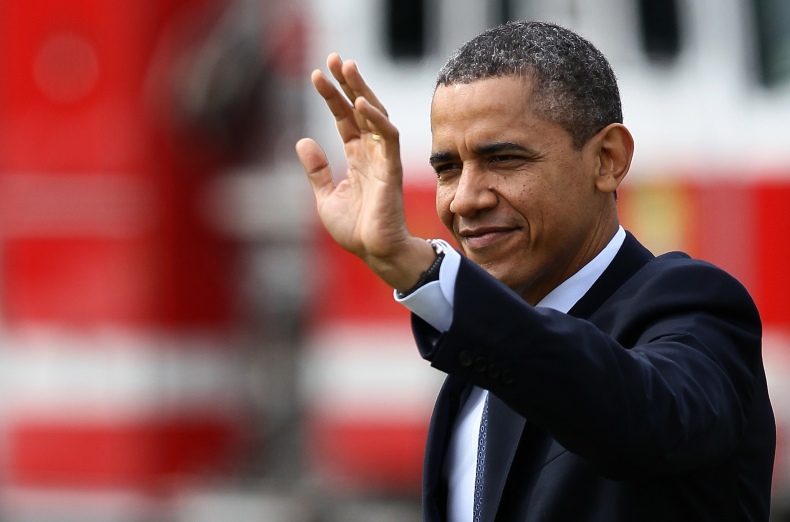 President Obama took office when the total national debt stood at $10.6 trillion. That number will nearly double by the time he leaves. (Associated Press) more >

When President Obama signs into law the new two-year budget deal Monday, his action will bring into sharper focus a part of his legacy that he doesn’t like to talk about: He is the $20 trillion man.

Mr. Obama’s spending agreement with Congress will suspend the nation’s debt limit and allow the Treasury to borrow another $1.5 trillion or so by the end of his presidency in 2017. Added to the current total national debt of more than $18.15 trillion, the red ink will likely be crowding the $20 trillion mark right around the time Mr. Obama leaves the White House.

When Mr. Obama took over in January 2009, the total national debt stood at $10.6 trillion. That means the debt will have very nearly doubled during his eight years in office, and there is much more debt ahead with the abandonment of “sequestration” spending caps enacted in 2011.

“Congress and the president have just agreed to undo one of the only successful fiscal restraint mechanisms in a generation,” said Pete Sepp, president of the National Taxpayers Union. “The progress on reducing spending and the deficit has just become much more problematic.”

Some budget analysts scoff at the claim made by the administration and by House Speaker John A. Boehner, Ohio Republican, that the budget agreement’s $112 billion in spending increases is fully funded by cuts elsewhere. Mr. Boehner left Congress last week.

“The Boehner-Obama spending agreement would allow for unlimited borrowing by the Treasury until March 2017,” said Paul Winfree, director of economic policy studies at The Heritage Foundation. “This deal piles on billions of dollars to the national debt by increasing spending over the next three years and then not paying for it for a decade — with half of the offsets not occurring until 2025.”

The bipartisan Committee for a Responsible Federal Budget estimated that only about half of the increased spending in the budget deal is paid for. Rather than a spending increase of $80 billion over two years, the nonprofit group said, the actual spending hike is $154 billion when interest costs and budget gimmicks are factored into the equation.

“Of this $154 billion, about $78 billion is paid for honestly” through Medicare reforms, reductions in farm subsidies, asset sales and other measures, the group said. “The remaining $56 billion of the legislation — mostly the war spending increase and interest costs — is not paid for at all.”

Of course, Congress bears equal responsibility for the high level of debt. A prime reason that Mr. Boehner left office was conservatives’ displeasure with his accommodation of the president’s budget requests, aside from three years of “sequestration” spending caps that helped limit annual deficits.

“We will be raising the debt ceiling in an unlimited fashion,” said Sen. Rand Paul, a Kentucky Republican who tried to filibuster the budget deal before the Senate approved it in the wee hours of Friday. “We will be giving President Obama a free pass to borrow as much money as he can borrow in the last year of his office. No limit, no dollar limit. Here you go, President Obama. Spend what you want.”

The president said Friday that the agreement “is paid for in a responsible, balanced way.”

“This agreement will strengthen the middle class by investing in education, job training, and basic research,” Mr. Obama said. “It will keep us safe by investing in our national security. It protects our seniors by avoiding harmful cuts to Medicare and Social Security. It locks in two years of funding and should help break the cycle of shutdowns and manufactured crises that have harmed our economy.”

When Mr. Obama talks about fiscal matters, he usually takes credit for cutting the deficit by two-thirds. He also is correct that annual budget deficits have fallen from $1.4 trillion in fiscal 2009, in the depths of the recession, to $439 billion in fiscal 2015.