“We have serious doubts that this act was unintentional”

The downing of a Russian warplane in Syria by Turkey appears to be a pre-planned provocation, the Russian Foreign Minister Lavrov said. Ankara failed to communicate with Russia over the incident, he added.

“We have serious doubts that this act was unintentional. It looks very much like a preplanned provocation,” Lavrov said, citing Turkey’s failure to maintain proper communication with Russia, the abundance of footage of the incident and other evidence.

Lavrov added that many Russian partners called the incident “an obvious ambush.”

Earlier in the day, Turkish Prime Minister Ahmet Davutoglu slammed Russia for “attacks on Turkmen” in Syria, which according to Ankara preceded the incident with the downed Su-24.

The Russian FM said the region where the incident happened is not just home to Turkmen people. There are also hundreds of foreign fighters affiliated with known terrorist groups and elements of their infrastructure such as weapons depots and command points there, he said.

“I asked [Turkish FM Çavuşoğlu] whether Turkey’s close attention to this region, including the calls to create a buffer zone there, was motivated by a desire to protect this infrastructure from destruction. I didn’t receive any reply to this question,” Lavrov said.

He added the downing of the Russian warplane occurred shortly after a series of airstrikes on terrorist oil convoys and facilities by the Russian Air Force. The incident “sheds new light” on the issue, according to the Russian foreign minister.

The Russian diplomat criticized NATO for failing to express condolences to Russia over the loss of its troops lives.

“Very strange statements were voiced after a NATO meeting called by the Turks, which didn’t express any regret or condolences and in effect were aimed at covering up what the Turkish Air Force did yesterday,” Lavrov said. “A similar reaction came from the European Union.”

Lavrov reiterated the statements of the Russian Defense Ministry, which denied Ankara’s allegations that the Russian warplane had violated Turkish airspace.

He added that even if Turkey’s words were taken on face value, its actions contradict its own position expressed in 2012, after Syria took down a Turkish military plane. At the time, then-Prime Minister Erdogan told the Turkish parliament that a short incursion into another nation’s airspace cannot justify an attack on it.

Russia’s relations with Syria will change after the attack on the Russian plane, Lavrov said, adding that Turkey, which is now calling for dialogue, should have done more to communicate with Russia prior to and right after the incident. 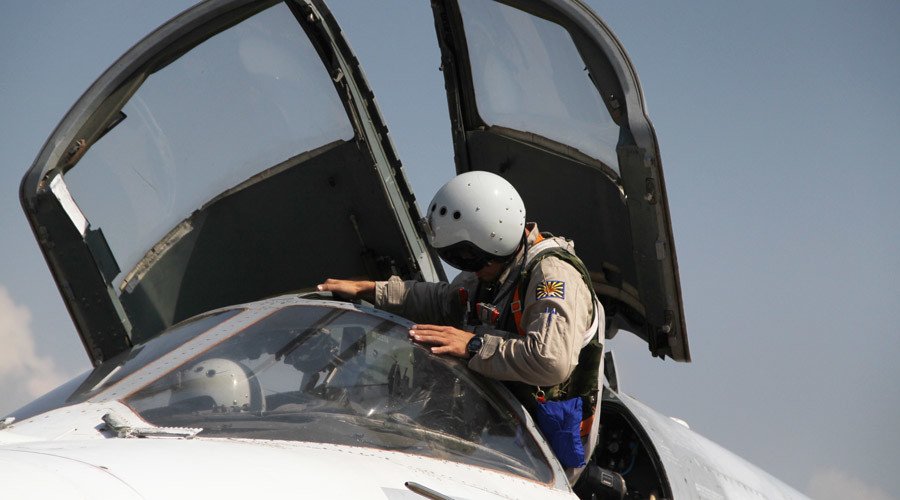 Moscow will measure its response to limit the harm done to Turkish and Russian businessmen, who had nothing to do with the incident, and would decide on a proper action, Lavrov said.

“We cannot fail to react to what happened. Not because we must retaliate. It’s just that there are too many issues in Turkey that pose a direct terrorist threat to our citizens. And not only ours,” he said.

Lavrov said after canceling his planned visit to Istanbul that Moscow doesn’t indent to send any senior officials to Turkey or receive any senior Turkish officials. At the same time, phone channels remain open, as evidenced by the call with Foreign Minister Mevlüt Çavuşoğlu.

The Russian minister said there was a question of American involvement in the downing of the Russian plane. According to his sources, the US demands all members of the anti-IS coalition led by Washington, who use US-made military aircraft, coordinate all deployments with the US military.

“I wonder if this demand of the Americans covers… Turkey. If it does, I wonder whether Turkey asked permission from the US to fly its US-made planes and take down – let’s say ‘an unidentified’ – plane over Syrian territory,” Lavrov said.