Back in March 2016 the faithful at Pulpit and Pen were scathing of an association with Kenneth Copeland and The Gathering organiser Ronnie Floyd (above on left). Go there to The Gathering website and see for yourself.

It appears you can literally squeeze nothing out of the toothpaste tube of ‘The Gathering’ website anymore with any link or glowing report about Kenneth Copeland.

Their smiling faces are gone without a trace.

We suggest this is now an underground movement. My personal feeling there is a board of sorts that has Copeland facilitating these types of ‘shindigs’ and probably a bit a that good ol’ american greenback and apple pie. 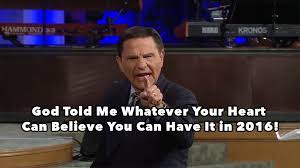 But suffice to say here is a postcard tour of sorts of some the grand destinations Kenneth has managed to fit into his busy schedule. But i guess a Citation Corporate Jet helps a little.

Tony Palmer and Copeland — when they called the reformation over. 2014

The small party in the Vatican 2014

I am so Blessed!  What Jesus asked the Father for in John 17:21, “that we may all be one in Him”, is finally coming to pass.  Pope Francis is a man filled with the love of Jesus. All eight of us in our meeting together with him were moved by the strong presence of the Holy Spirit, and our love for one another was strengthened beyond measure.  Like I said, I am so BLESSED!  What a time to be a believer! – Kenneth Copeland

Really? – Cahn this apostasy get any worse? A week of teaching in Jan 2016 on Copeland’s Believers Voice

It doesn’t help when their THE GATHERING logo is veiled with a pyramid A, with a solar flare behind it.

What does it resemble? Its the dawning of a new era.