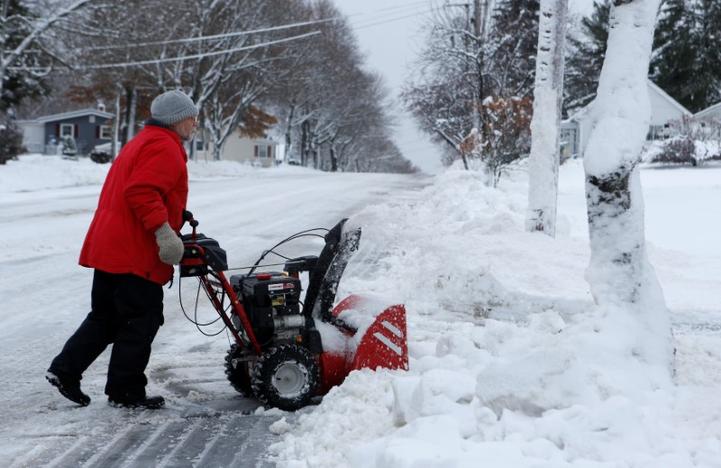 The New York Times, the “paper of record,” published a very interesting piece on January 26, 1989.

The headline read: “US Data since 1895 Fail to Show Warming Trend.”

Here are a few key paragraphs:

“After examining climate data extending back nearly 100 years, a team of Government scientists has concluded that there has been no significant change in average temperatures or rainfall in the United States over that entire period.”

“While the nation’s weather in individual years or even for periods of years has been hotter or cooler and drier or wetter than in other periods, the new study shows that over the last century there has been no trend in one direction or another.”

“The study, made by scientists for the National Oceanic and Atmospheric Administration was published in the current issue of Geophysical Research Letters. It is based on temperature and precipitation readings taken at weather stations around the country from 1895 to 1987.”

Then comes the revisionist stepping-back from the explosive finding:

“Dr. Kirby Hanson, the meteorologist who led the study, said in a telephone interview that the findings concerning the United States do not necessarily ‘cast doubt’ on previous findings of a worldwide trend toward warmer temperatures…He said that the United States occupies only a small percentage of Earth’s surface and that the new findings may be the result of regional variations.”

That’s a beauty, isn’t it? The US, with its massive spewing industrial/automotive output of CO2 is—owing to a mysterious force—not warming. It’s angels, of course. Angels scrubbing the sky.

“Another possibility, he [Hansen] said, was that there were special conditions in the United States that would tend to offset a warming trend. For example, industrial activity produces dust and other solid particles that help form liquid droplets in the atmosphere. These droplets reflect radiation away from Earth and thus have a cooling influence.”

But I suppose, through a REVERSE miracle, the droplets do allow heat generated at ground level to escape upward. If the droplets did trap heat at ground level, temperatures would rise—and the study showed that wasn’t occurring. More angels. The magic droplets deflect heat coming down, but not going up.

The Times had no follow-up questions.

But don’t worry, be happy. It’s all good. Yes, the warming hypothesis leads to carbon taxes, lowering energy output in order to keep us all from frying, and the consequent decimation of the economy—but look, people make mistakes. And those mistakes generate unpleasant results. However, they mean well. They really do.

THEY’RE NOT USING A BOGUS WARMING HYPOTHESIS TO TORPEDO AMERICA AND THE REST OF THE WORLD, AS PART OF A GLOBALIST MACHINATION OF CONTROL. THEY DON’T WANT TO DECIMATE THE ECONOMY AND REDUCE US TO A HELPLESS STATE OF POVERTY.

They would never do that.

When Global Warming Propaganda Is So Lame It Hurts

10 Years of Climate Data Shows No Sign of Global Warming

Delivered by The Daily Sheeple

We encourage you to share and republish our reports, analyses, breaking news and videos (Click for details).

Contributed by Jon Rappoport of No More Fake News.

The author of an explosive collection, THE MATRIX REVEALED, Jon was a candidate for a US Congressional seat in the 29th District of California. Nominated for a Pulitzer Prize, he has worked as an investigative reporter for 30 years, writing articles on politics, medicine, and health for CBS Healthwatch, LA Weekly, Spin Magazine, Stern, and other newspapers and magazines in the US and Europe. Jon has delivered lectures and seminars on global politics, health, logic, and creative power to audiences around the world.