U.S., Japanese and South Korean warplanes carried out a show of force against North Korea, as Russia warned the United States that new sanctions against the reclusive nation would be “dangerous.”

It was a direct response to North Korea’s launch of an intermediate-range ballistic missile over Japan on Tuesday, the U.S. Pacific Command said in a statement Thursday.

More: Shooting down a North Korean missile test may not be practical. Here’s why

During the 10-hour mission, the U.S. and Japanese warplanes flew over waters near Kyushu in western Japan before the American and South Korean aircraft flew across the Korean Peninsula and practiced their attack capabilities with live-fire in a training area.

“This complex mission clearly demonstrates our solidarity with our allies and underscores the broadening cooperation to defend against this common regional threat,” said U.S. Pacific Air Forces commander Gen. Terrence J. O’Shaughnessy in a statement. “Our forward-deployed force will be the first to the fight, ready to deliver a lethal response at a moment’s notice if our nation calls.” 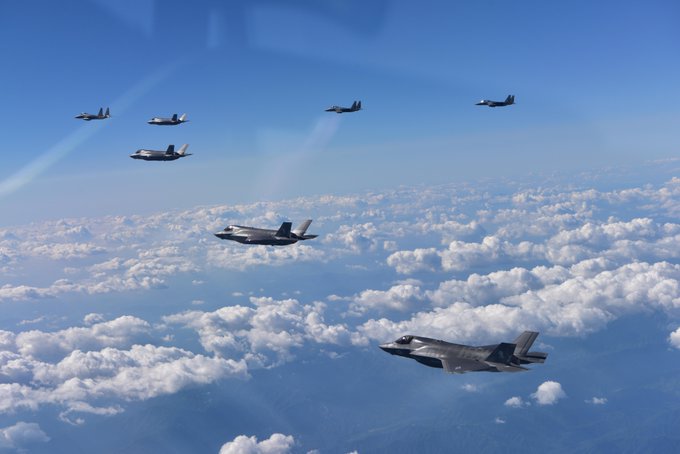 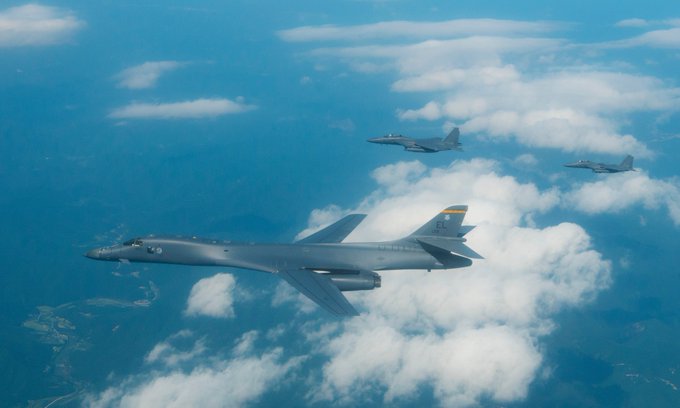 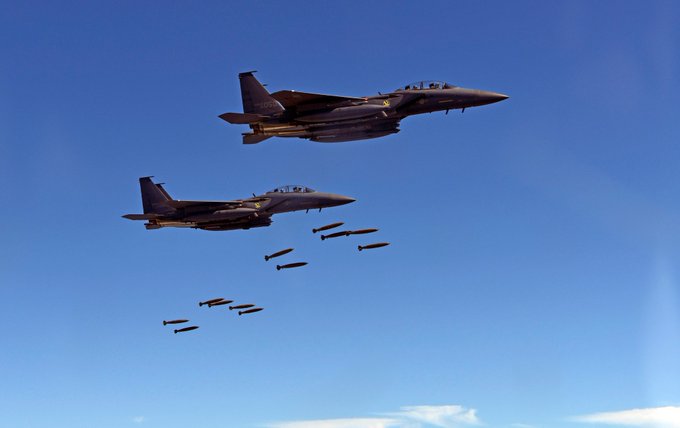 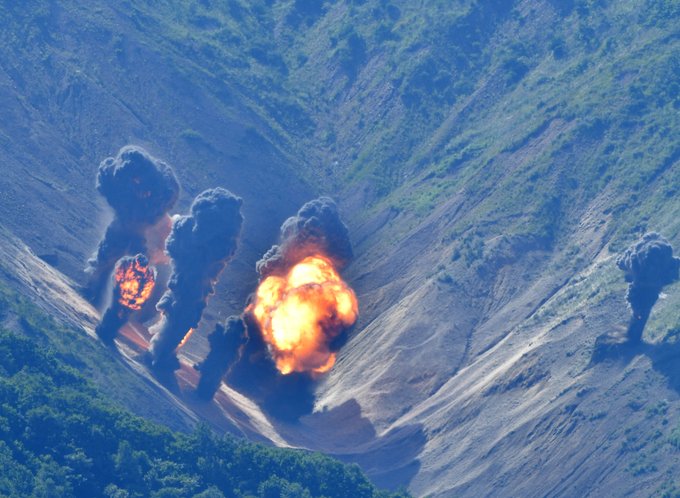 “No matter when, how and where the enemy provokes, we will perfectly retaliate to make it feel an insurmountable sense of fear and deep regret,” added South Korean Air Force commander Lt. Gen. Won In-chul, according to the South’s news agency Yonhap.

The joint military drills by the U.S. and South Korea — which North Korea sees as a preparation for war — were concluding Thursday, according to the AP.

Mattis said the U.S. was not out of diplomatic solutions to the crisis, after President Trump tweeted that “talking is not the answer” when it comes to dealing with Pyongyang.

“We’re never out of diplomatic solutions,” Mattis said. ” We continue to work together, and the minister and I share a responsibility to provide for the protection of our nations, our populations and our interests, which is what we’re here to discuss today.”

South Korea’s Joint Chiefs of Staff said the missile the North launched Tuesday traveled nearly 1,700 miles and reached a maximum height of 341 miles as it flew over the northern Japanese island of Hokkaido. Pyongyang has threatened to launch missiles toward the U.S. territory of Guam in the western Pacific.

Lavrov said that Moscow views any new potential sanctions against North Korea as “counterproductive and dangerous.”

Last month, the Trump administration announced that U.S. citizens will be banned from visiting North Korea from Friday, following the death in June of American university student Otto Warmbier, who fell into a coma while jailed for allegedly stealing a poster from a hotel in North Korea.

More: U.S. to ban Americans from traveling to North Korea

Several Americans including tourists and aid workers arrived in Beijing from North Korea on Thursday, hours before the ban came into force.

U.S. tourist Nicholas Burkhead landed in the Chinese capital on the last scheduled flight from Pyongyang. “I was surprised at how friendly everyone was,” Burkhead, 35, from Tulsa, Okla., told waiting reporters, according to Reuters.

“It was very relaxing — beautiful scenery, and they fed us very well in the restaurants there, but the exchange rate wasn’t too good for the local won,” he added.

The ban, which expires after one year unless extended, includes possible exceptions for journalists and humanitarian workers.

Heidi Linton, director of the U.S.-based charity Christian Friends of Korea, who was also on the flight to Beijing, said there was a “tremendous need” for humanitarian work in North Korea.

Christian Friends of Korea fights tuberculosis and hepatitis and has been working in the reclusive nation for more than 20 years.